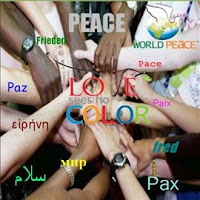 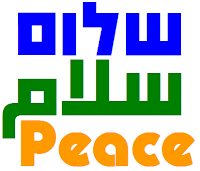 Some are content to just suggest the Florida Comprehensive Assessment Test needs to end. The Daytona Beach News-Journal offers statistics and results that illustrate the costliness and lack of overall positive benefits that the FCAT, imposed by former education reform governor Jeb Bush nearly 10 years ago, has achieved.

The goal of this mock diagnostic achievement test has been to dramatize the "failure" of many schools. And ultimately to use the sanctions of the federal No Child Left Behind act to close those schools and offer alternatives that usher in an education system that deviates from traditional public schools.

Often cited for the failures of these schools has been the quality of teachers, as if the teachers were the cause of the failures. In reality, the FCAT has caused many quality teachers to abandon their jobs in the face of such false accusation.

High quality teachers have seen their traditional roles, as developers of individual potentials, be transformed into trainers who repetitiously pound required FCAT information into the memories of their students in order to make the "A."

Long before the existence of the FCAT and the NCLB, the results of education research revealed the most prominent cause of low performance in public school to be poverty. Those who have worked hard to convince the public that public school teachers were the reason nonwhite students generally performed more poorly than their white peers wanted to avoid the truth. In this way they would not have to invest public tax money in solving the real problems that the deprivations of poverty cause. The public has nearly bought their charade.

The News-Journal is keeping the deception in the news. It knows the importance of traditional public education's role in preserving true democracy.

BILL ARCHER, Daytona Beach
-----
No Child Left Behind is leaving thousands of children behind!
Dismantle NCLB!
Sign the petition by clicking HERE.
Nearly 35,000 signatures so far...
Posted by Stu at 6:49 PM No comments:

Silence Is The Enemy

WARNING: This entry, and many of its links, contain descriptions and information about sexual abuse and sexual violence.

Today, while reading Ed Brayton's blog, Dispatches from the Culture Wars, I came across an entry called Silence is the Enemy: Rape in Africa. Having heard about this a few months ago, I read the blog and was directed to the Discovery Magazine's blog, Intersection.

Read it, get involved, support Doctors Without Borders, join the Facebook group, frequent the blogs that support the doctors who are in the field treating the survivors.

Here's part of the original post from Intersection, written by Sheril Kirshenbaum.

Today begins a very important initiative called Silence Is The Enemy to help a generation of young women half a world away.Why? Because they are our sisters and children–the victims of sexual abuse who don’t have the means to ask for help. We have power in our words and influence. Along with our audience, we’re able to speak for them. I’m asking all of you–bloggers, writers, teachers, and concerned citizens–to use whatever platform you have to call for an end to the rape and abuse of women and girls in Liberia and around the world.

-----
No Child Left Behind is leaving thousands of children behind!
Dismantle NCLB!
Sign the petition by clicking HERE.
Nearly 35,000 signatures so far...
Posted by Stu at 8:36 AM No comments: