Cognitive Dissonance and other Random Thoughts 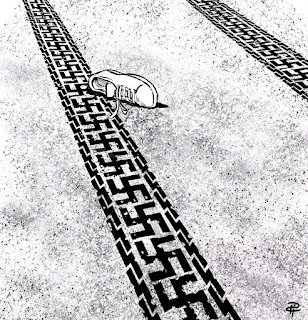 I'd like to ask Jared Kushner, the grandson of holocaust survivors, how he handles the cognitive dissonance of a father-in-law who won't distance himself from nazis.

American Jews (ought to) feel some reaction to nazi and racist symbols. I remember vividly the anger in my Hebrew teacher's voice when he told us that "their symbol" represented "the death of six million Jews."

Jews can't stand idly by while people are being denied their human rights...not after what happened to us. We, among all people, should know that to deny one group their rights is to deny us all.

I'm a child of the generation of Jews who survived the nazi attempt at "the final solution." I'm glad my parents and grandparents aren't alive to see what's happening.

It’s Getting Harder To Ignore


Trump’s loyalists are America’s White Nationalists, Nazis and racists. We’re about to see just how many of these despicable people there are. 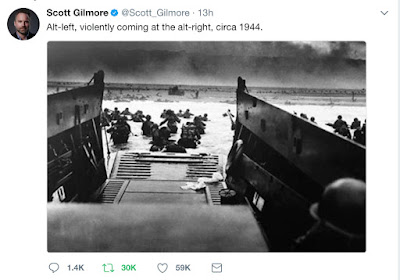 When the President Is Un-American


Whatever role foreign influence may have played and may still be playing, however, we don’t need to wonder whether an anti-American cabal, hostile to everything we stand for, determined to undermine everything that truly makes this country great, has seized power in Washington. It has: it’s called the Trump administration.

Racism and bigotry have been part of the American consciousness since its founding.

Except for the John, and John Quincy Adams, every one of the first 12 American presidents were slaveholders. Every. Single. One.

Forty-one of the fifty-six signers of the Declaration of Independence were slave holders at some time during their lives.

Jefferson, who owned slaves throughout his life, wrote,


We hold these truths to be self-evident, that all men are created equal, that they are endowed by their Creator with certain unalienable Rights, that among these are Life, Liberty and the pursuit of Happiness.

Humans have an amazing ability to compartmentalize their thoughts.

For a long time it was socially unacceptable to be a public bigot...to show your face as a nazi or klansman. Now, that seems to be just another "political correctness" that Trump has ended.

Other things that used to be taboo because of political correctness... 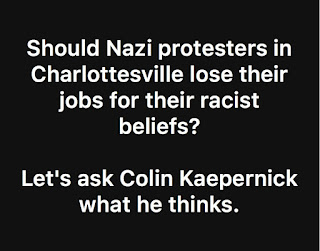 A Letter from the President of Congregation Beth Israel in Charlottesville