Time to Arm the Clergy**

Enough is enough. There have been too many churchgoers killed by gunmen over the last few years, so instead of doing anything about the actual guns, we must arm clergymen. Like the NRA says, "The only thing that will stop a bad guy with a gun is a God guy with a gun."

If a homicidal maniac knew that walking into a church or other house of worship meant that he would be met with gunfire he would think twice. Even a crazy person wouldn't go into a place where the preacher would "shoot the hell out of him" before he knew what happened.

The President agrees. After all, he said, "These preachers love their congregants. And these preachers are talented with weaponry and with guns. And they feel safe."** 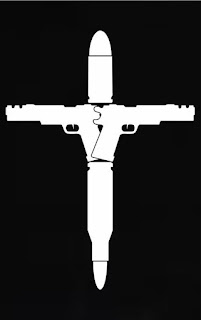 Churches should end the "gun-free zones" around their buildings. Instead signs should be posted warning would-be assassins that the preacher is armed and ready to defend his congregation. "...with everything that’s going on in the world, we’ve heard that you may possibly see more attacks from radical groups looking for churchgoers."

After all, I think it was Jesus who said, "No more Mr. Nice Guy!"


26 people were killed at First Baptist Church in rural Sutherland Springs, Texas, authorities said. The shooter fled and was pursued by a resident and police but was found dead after running his car off the road.


A white man opened fire in a historic black church, in Charleston, South Carolina the night of June 17, 2015, killing nine people, including a pastor, during a prayer meeting. The suspect, Dylann Roof, was arrested in North Carolina and extradited to South Carolina June 18, 2015 for what authorities are calling a hate crime.

Gunman Kills 6 at a Sikh Temple Near Milwaukee


The priests had gathered in the lobby of the sprawling Sikh temple here in suburban Milwaukee, and lunch was being prepared as congregants were arriving for Sunday services.

Instead of worshipers, though, an armed man stepped through the door and started firing.

Gunman Kills 7, and Himself, At Baptist Church in Fort Worth


As a hymn ended and prayers began at a special service for teen-agers this evening at a Baptist church in Fort Worth, a man with a semiautomatic handgun walked in and began firing, killing six people in the church before turning the gun on himself. An eighth person died later at a hospital, officials said.

See also ‘No Way To Prevent This,’ Says Only Nation Where This Regularly Happens

Email ThisBlogThis!Share to TwitterShare to FacebookShare to Pinterest
Labels: SchoolShootings