The Covid-19 Experiment: Facing the Sins of a Nation that Quit Caring About Public Education Long Ago

Education is the largest portion of the budget in Indiana, yet it's underfunded. People want services -- like good public schools -- but aren't willing to pay for them. Hoosiers, like many Americans, are shortsighted and selfish. We aren't thinking about the future when we underfund schools....and we have a tendency to think, "my kids have good schools, too bad for those other kids," without realizing that the "other kids" futures have an impact on all of us. What could be more foolish than to allow more than half our children to live in poverty? As Carl Sagan said,


What kind of a future do we build for the country if we raise all these kids as disadvantaged, as unable to cope with the society, as resentful for the injustice served up to them? This is stupid.


Suddenly it’s important to have clean air to contain the virus. Crumbling facilities with poor ventilation systems have always made air questionable for the children and teachers in poor schools. I’m remembering past students who dealt with allergies and asthma, who’d come to school ill and struggle to learn. Their test scores obviously affected my school’s standardized testing performance. Who listened then?

School reopening plans linked to politics rather than public health

Education is, as usual, a political football. When the pandemic came to the US, teachers were being lauded for their ability to switch gears in the middle of a year and provide online learning to their students. Now, hopefully, everyone understands that school is more than just "passing on information to the next generation." Unfortunately, the importance of schools to the economy is as a holding place for children so parents can work.

From Jon Valent at Brookings.edu


In reality, there is no relationship—visually or statistically—between school districts’ reopening decisions and their county’s new COVID-19 cases per capita. In contrast, there is a strong relationship—visually and statistically—between districts’ reopening decisions and the county-level support for Trump in the 2016 election. Districts located in counties that supported Trump are much more likely to have announced plans to open in person. On average, districts that have announced plans to reopen in person are located in counties in which 55% voted for Trump in 2016, compared to 35% in districts that have announced plans for remote learning only. Unsurprisingly, the one remaining group in EdWeek’s data—“Hybrid/Partial”—falls right in the middle, at 44%.

"Falling behind" what? The standards we use in Indiana are arbitrary. We should adjust them if kids need more time. Forget the tests for once. Think about kids who have been traumatized by the fear of, or the actuality of losing friends, grandparents, and even parents. We need to help them through this...relationships matter more than math facts, or the ability to answer questions on a standardized test. As a bonus, kids will learn better when they're happy and feel safe.


I think often of Lily Tomlin's decades-old observation: "Even if you win the rat race, you're still a rat." 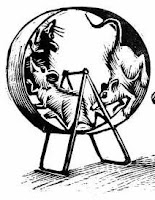 "Threats don't open schools..." I learned, over 35 years of teaching, that threats, whether directed at teachers or students, don't produce results. The old adage, "you catch more flies with honey than with vinegar" is true.

And while we're talking about it, elections matter. We need to elect leaders who are strong enough to stand up against the bully in Washington.


...she had harsh words for Congress and other officials pushing to withhold federal dollars from districts that don't open to in-person instruction. U.S. Rep. Jim Banks, R-Fort Wayne, has pushed this measure.

“Threats don't open schools,” she said. “I have no patience for that – that is a poor example of leadership.”

The Cult of Selfishness Is Killing America

The current occupant of the White House is not an aberration. He is the logical result of America's selfish cult of "individualism."

This morning I read, We are witnessing the fall of a great power in the Canberra Times. It's worth reading.


I’m not saying that Republicans are selfish. We’d be doing much better if that were all there were to it. The point, instead, is that they’ve sacralized selfishness, hurting their own political prospects by insisting on the right to act selfishly even when it hurts others.

What the coronavirus has revealed is the power of America’s cult of selfishness. And this cult is killing us.

CELEBRATE WHO YOU ARE

“I Wouldn’t Give Up My ADHD”: “It’s been hard, but, as with any difficult thing, you learn something, don’t you?” Take notes from these women leaders with ADHD.

It takes a long time to get to the point of not worrying what others think of you...and most of us never get there entirely. As a middle and high school student, I remember wanting to be able to be like my friends. Aside from the usual teenage feelings of insecurity about looks and popularity, I had the added worry of being a poor student who tested high, so I was constantly told to "try harder," "put forth more effort," and labeled "lazy." (See You Mean I'm Not Lazy, Stupid, or Crazy?!)


As a kid, you obsess about wanting to be normal. As you get older, being normal is not such a big thing. Your gifts are important. Celebrate who you are, and listen for the small voice. 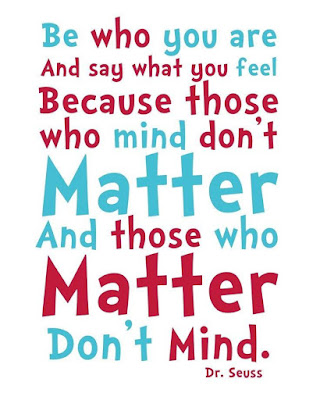 TAKE CARE OF THE PEOPLE AROUND YOU

Finally, Peter Greene wrote something that touched me. I retired in 2010, but I still miss much of what made teaching my life's work. I miss talking to kids. I miss helping them find their way. I miss sharing a love of books with them.

I volunteered for nearly seven years after I retired, but had to give that up after health issues made continuing difficult, if not impossible. I still feel the tug when August rolls around and "back to school" is in the air.


After retirement, you become sort of a ghost at your old school, but the magic of texting and social media blunts much of that effect.


"Get your facts first, then you can distort them as much as you please." -- Mark Twain

"Science bestowed immense new powers on man, and, at the same time, created conditions which were largely beyhond his comprehension." -- Winston Churchill