Again with the phrase failing schools!
This time it's in Australia where the New South Wales (NSW) state government has announced that it will intervene in public schools that don't meet "performance standards."

Here's a tweet from Pasi Sahlberg who has been working in Australia for the past few years... 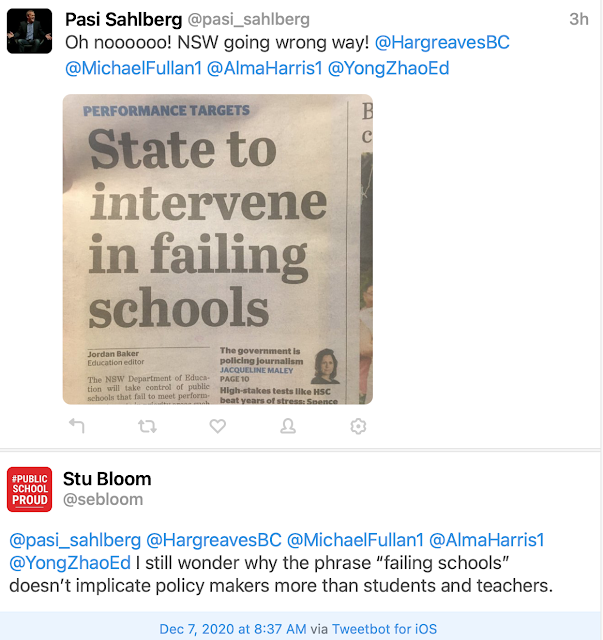 I'll give you one guess what the "performance standards" are. Yes, they include attendance, well-being (not sure how that's defined), studying, and employment upon graduation. But check out what's mentioned first...


The NSW Department of Education will intervene in public schools that fail to meet performance targets in priority areas such as HSC and NAPLAN results, attendance, wellbeing and whether students are studying or can find work after they graduate.

The HSC is the Aussie version of a high school diploma. So -- graduation rates.

NAPLAN stands for National Assessment Program – Literacy and Numeracy. It's the standardized test used to determine if students are achieving...


...in three areas of literacy—reading, writing and language conventions (spelling, grammar and punctuation)—and in numeracy.

When teachers don't have enough time to reach all their students because they have large class sizes...whose fault is that?

When teachers need to spend their own money to purchase supplies for their classroom...whose fault is that?

When teachers again spend their own money to purchase materials, clothing, and food for students...whose fault is that?

This tweet from a teacher in the American Southwest says it all... 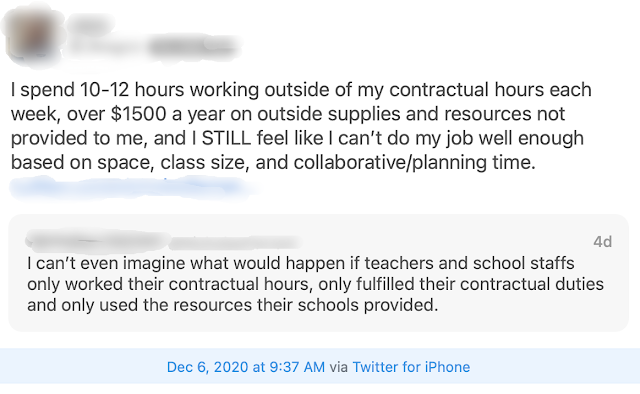 Failing schools? I don't think so.