School boards, individual parents, and state legislators argue against teaching accepted science such as evolution, safety during the pandemic, and climate change. Indiana, as one of the reddest of the red states, is no slouch in that regard. For example, the National Center for Science Education and the Texas Freedom Network Education Fund have published a report, Making the Grade: How State Public School Science Standards Address Climate Change. Indiana rated a D which may be a surprise because it's too high. Why isn't it an F?


"Interestingly, there is a good deal of focus on science and engineering solution-oriented perspectives, and this is why I scored the ’there’s hope’ section higher. This ... focus could be very effective if it was used to address and ideate climate adaptation and mitigation solutions.”

Notice the "if." So, despite the poor showing for Indiana, "there's hope," though I doubt I'll live to see a positive outcome.

The current insanity over Critical Race Theory has added history and social studies to the mix.

Many of the same science-denying activists and legislators who are trying their best to "protect" American school children from climate change, public health efforts, and evolution, are now trying to "protect" students from actual history which doesn't always present the "American Experience" in a good light.

Instead of teaching children that the freedoms so eloquently described in the Declaration of Independence and the Constitution should be taken as goals, not reality...that such freedoms were not available to women, native people, and hundreds of thousands of Africans and their descendants enslaved throughout the entire country, they want us to focus on "American Exceptionalism" -- that the USA is somehow God-ordained to lead the world morally as well as militarily. Somehow, if we hide the ugly side of our history it will be ignored and forgotten.

Apparently, they don't want the next generation of Americans to learn...
Instead, their goal is to instill our children with "alternate facts."

But if we hide the true facts the goal of of the Declaration and the Constitution will never be achieved.

Derek Black reported today that Texas is leading the charge to hide our history...

To be clear, it doesn’t ban discussions or readings on these people & topics, but it makes them optional. This begs the question of whether it is possible to teach civics w/o discussing the people & movements that expanded the civic body to include more than just white men. 2/2


It’s amazing how out of all the things to spend endless legislative time and energy on, hamstringing teachers from talking about the messy parts of American history solely because it makes white people uncomfortable is what gets the most attention and the fastest action from Republican lawmakers.

Well, both that and also speedily passing restrictive voting legislature because it’s the only way Republicans can stay in power.

In fact, this bill on teaching curriculum is currently stalled in the Texas House of Representatives because House Democrats are in Washington D.C. advocating on behalf of equitable voting rights. This is all in opposition to a voting bill that would place more restrictions on the state’s already restrictive voting process.


There is a concerted effort on behalf of many Americans to hide the truth from our children...the truth about science, and the truth about our history. How "exceptional" can America be when we're sending our children to school and encouraging them to remain ignorant? 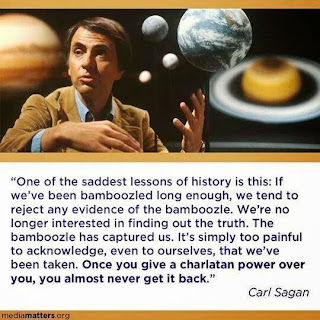