Gun Violence is Just a Fact of Life, Like the Weather

I've noticed that there's not much -- or at least very little -- coverage of parents and activists who are badgering school board members about school shootings...other than demanding that teachers carry firearms.


The tragic mass shooting in Uvalde, Texas, last week renewed calls for stricter gun control legislation, after 19 children and two teachers were killed, and 17 others were injured in the attack. But conservatives and gun lobbyists argue the only way to solve the country’s epidemic of mass shootings is to put more guns in the hands of the public. Some have even called for arming teachers and school staff with firearms of their own.

...The idea of training teachers, whose primary job is to educate students on lessons like math and English, as an extra security defense against potential school shooters is not new and such training programs have existed for years in some form in many states.

There is also little evidence to suggest arming school staff actually makes schools safer. On the contrary, school safety advocates warn about the potential risks of encouraging teachers to carry guns at school — increasing the number of guns in schools, even if they were put in the hands of responsible educators, may increase the likelihood of gun-related harm. Studies have also shown a direct correlation between the presence of guns and increased gun violence.


Where are all the people who threatened, bullied, spouted conspiracy theories, demanded the banning (and/or burning) of books, and screamed at school board members about masks, critical race theory (CRT), and transgender rights?

The "masks don't work" theory of COVID-19: Masks don't protect children from the COVID virus, yet somehow they do prevent O2 and CO2 from getting in and out of their lungs. This prevents breathing and will cause permanent damage.

Why aren't they going to school board meetings demanding that ways be found to reduce school shootings?

The total number of students and school staff who died from lack of oxygen or too much carbon dioxide because they wore masks = 0.

(NOTE: The numbers of deaths quoted in the paragraph above and at other locations in this post are from a quick search of the internet and may not be 100% accurate.)

Teaching American history apparently makes some children feel sad, angry, or upset. But isn't it appropriate to feel that way about various behaviors of the USA over it's life as a nation? Slavery? Jim Crow? Japanese-American incarcerations? Does this mean we shouldn't teach history? (NOTE: This is not a call to teach inappropriate content, or to teach content inappropriately to children based on their age and maturity. For example, we wouldn't (and shouldn't) use graphic images of violence, or descriptions of, the brutality of slavery with kindergartners.)

Should we not mention that ten of the first twelve presidents of the United States owned slaves?


Twelve U.S. presidents owned slaves at some point in their lives; of these, eight owned slaves while in office. Ten of the first twelve American presidents were slave owners, the only exceptions being John Adams and his son John Quincy Adams, neither of whom approved of slavery.

Should we not teach that the Civil War was mostly about slavery, for example, Mississippi's Articles of secession included...


Mississippi: Our position is thoroughly identified with the institution of slavery-- the greatest material interest of the world. Its labor supplies the product which constitutes by far the largest and most important portions of commerce of the earth… These products have become necessities of the world, and a blow at slavery is a blow at commerce and civilization. That blow has been long aimed at the institution, and was at the point of reaching its consummation. There was no choice left us but submission to the mandates of abolition, or a dissolution of the Union, whose principles had been subverted to work out our ruin.


Georgia: That reason was [the North's] fixed purpose to limit, restrain, and finally abolish slavery in the States where it exists. The South with great unanimity declared her purpose to resist the principle of prohibition to the last extremity. 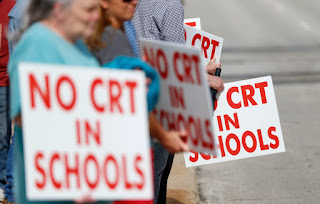 What is Critical Race Theory and Why is Everyone Talking About it?


Republican lawmakers in more than 20 states have introduced or passed legislation that would directly target the principles underlying critical race theory by banning schools from teaching about structural racism. These efforts to demonize critical race theory are gaining traction more than a year into a national reckoning with racism, following the murders of George Floyd and Breonna Taylor, and the ensuing protests.

Speaking at a conference held by the Faith and Freedom Coalition on June 18, former Vice President Mike Pence said that “critical race theory is racism.” Senator Ted Cruz, at the same gathering, compared the theory to the Ku Klux Klan saying the curriculum is “every bit as racist” as the white supremacist hate group. “Critical race theory,” the senator said, “says every white person is a racist.”

These campaigns are not just based on ignorance of how critical race theory developed and is now applied, but also represent an attempt to stoke a reactionary resistance, rather than a broader understanding.

(NOTE: Critical Race Theory is not "taught" in America's K-12 schools. American history, on the other hand, is.)

Total number of students and school staff who died because of learning or teaching American history = 0.

Do Trans girls have an advantage when participating in girls' sports? Apparently not any more than some other girls, according to this article in Scientific American (There's that "science" again!)...

Total number of students and school staff who died because trans children played on sports teams = 0.

(On the other hand...A record number of transgender and gender nonconforming people in the US have been killed in 2020.)

Have any of the people who argued against mask mandates in schools also argued for common sense gun laws?

Isn't there the least a bit of cognitive dissonance created by arguing against masks, CRT, or trans rights, and not doing the same about school shootings?

Total number of people who have died in US school shootings since November 2012 (including children, adults, and perpetrators) = 108.

Is there an overlap between people who complain to school boards about masks, Critical Race Theory (CRT), and trans children in sports, and those who identify as "pro-life."

Is there an overlap between people who complain to school boards about masks, Critical Race Theory, and trans children in sports, and those who want to arm teachers?

Opinion: Why won’t pro-lifers act against our deadly gun culture?

Are the people who called teachers "groomers" now calling for states to arm those same educators?


But for God’s sake then what makes the Republicans who have produced this situation think it is reasonable to expect a teacher to engage in a gunfight with the same murderer that the police are afraid of confronting ? 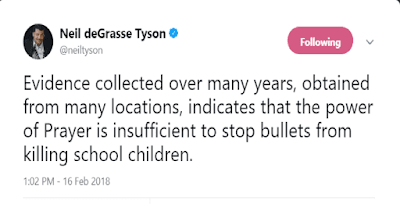