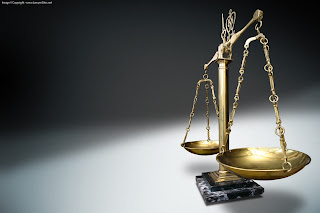 All of today's Medley articles address the June 27 Supreme Court decision in Kennedy v. Bremerton School District. The court found in favor of the football coach (Kennedy) who was praying at the 50 yard line after games. The coach claimed that he just wanted a quiet place to pray after the games. The school system tried to accommodate him, but he decided that the center of the football field was the necessary location...and he was anything but quiet as you will read below.

The coach also claimed that he was fired because of this. The truth is that his contract expired at the end of the year and the school system decided not to renew it...plus, he didn't reapply. There is some disingenuous information in the court's ruling about this.

We can begin with a news report from the Religion Clause Blog which includes a link to the ruling. If you read the entire post you'll learn that the ruling explained away ignored the "establishment" clause in order to promote the individual "free exercise" clause. The First Amendment says, in part, "Congress shall make no law respecting an establishment of religion, or prohibiting the free exercise thereof..." The Lemon Test, which the majority repudiated, has been used for more than half a century to balance the two clauses of the Amendment.


Official-led prayer strikes at the core of our constitutional protections for the religious liberty of students and their parents, as embodied in both the Establishment Clause and the Free Exercise Clause of the First Amendment.

SCOTUS ONLY ACCEPTS HALF OF THE FIRST AMENDMENT

The coach wasn't satisfied with the accommodation offered by the school system. He wanted to proseletize and that had to be done loudly...immediately after the game so that everyone could see.


Coach Joe Kennedy is no hero of religious freedom. The Bremerton school district was more than willing to accommodate his desire for a post-game prayer. Officials offered Kennedy space where he could have prayed privately. It wasn’t good enough for him. He insisted on being on the 50-yard-line, with students, right after the game. There’s a reason for that: Kennedy sought to make a public spectacle of his religious activity, and he clearly hoped to draw students into participating alongside him. The photos don’t lie, and they show Kennedy, surrounded by football players, students and others, holding what looks like a revival service on the field. That’s a private prayer? Compare Kennedy’s actions to the kind of truly private, non-coercive religious expression in public schools by staff that has always been legal – a private prayer over lunch, crossing yourself before an important meeting or spending a few minutes of free time seeking solace from a religious book. None of that puts pressure on students nor was it threatened by the district’s actions. 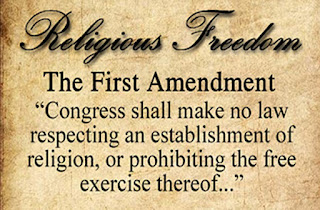 The following blog entry by Mercedes Schneider explains how the coach promoted his post-game prayer. This was one step in coercing his players (and others) to pray with him. Student players might have though "Coach wants us to pray...if I don't do it will I get to play as much?"


On its face, the SCOTUS supermajority’s version of events leads one to believe that once the district discovered that Kennedy was praying and offering a sort of catechism with his football players in the locker room before games as well as leading a prayer midfield immediately following games, again surrounded by his players, Kennedy stopped praying all together, then hired a lawyer and decided he needed to pray alone on the 50-yard line following games, once his players left the field. Aside from what SCOTUS majority paints as students from the opposing team just coming up to pray with him of their own volition, Kennedy complied with praying alone, yet in 2015, the district recommended that his contract not be renewed, that the district was singling Kennedy out for his “private, personal” prayers.

The SCOTUS majority does not mention Kennedy’s active role in a publicity campaign in which he announced his plans to pray midfield following a game; that he did so immediately after a game, while students were still on the field; that he invited the coach and players from the opposing team to join him. Instead, the SCOTUS supermajority errantly and conveniently disposes of the greater course of events surrounding the Kennedy debacle.

In the SCOTUS dissent, Justice Sotomayor offers details conveniently and narrowly omitted from the supermajority decision. (More to come on this.) However, those familiar with the history of Kennedy’s case in the courts need only read excerpts from the Kennedy’s case with the Ninth Circuit Court of Appeals. In July 2021, the Ninth Circuit decided not to rehear the case en banc (that is, all judges hearing the case as opposed to one or a few; usually happens when a case is deemed particularly significant).

Peter Greene at Curmudgucation, explains how the majority ignored the "establishment" clause.


In other words--and stay with me here--a prohibition against religious speech is discriminatory if it's only applied to religious speech. I'm not sure--after all, I'm not a fancy lawyer--but I think Gorsuch is suggesting that the First Amendment's Establishment clause is invalid because it only applies to religious speech. At any rate, since the District's policies "were neither neutral nor generally applicable," they don't hold. Because the District admits that they didn't want to allow "an employee, while still on duty, to engage in religious conduct," they lose.

Gorsuch acknowledges that "none of this means the speech rights of public school employees are so boundless that they may deliver any message to anyone anytime they wish" because they are still government employees, which is a nice try, but I still will cross my fingers for a bunch of teacher lawsuits claiming "My sincerely held religious belief require me to teach about systemic racism and regularly say gay."

Gorsuch goes on to acknowledge that those who say teachers and coaches are leaders and all that "have a point."


But this argument commits the error of positing an “excessively broad job descriptio[n]” by treating everything teachers and coaches say in the workplace as government speech subject to government control.

If you listen, you can hear the sound of school administrator heads exploding all over America, as they realize they will now be responsible for figuring out exactly which words that teachers say count as workplace speech.

Will this decision give teachers more opportunity to pray with their students during school time? Would this case have been decided differently if the coach had been a Muslim and put down a prayer rug on the 50 yard line after each game? What are a teacher's responsibilities as an "agent of the state" when it comes to prayer? Does the document, A Teacher’s Guide to Religion in the Public Schools have to be changed?

Rachel Laser, President & CEO of Americans United for Separation of Church and State, responds to the ruling in this video. I'll give her the last word.

...Justice Alito opened and shut the decision with a reference to morality. That is disguising what is really a conservative narrow belief system that says, "My religious freedom demands that I take away yours."