High Stakes are for Tomatoes

There is a lot of great information on the The National Center for Fair and Open Testing (FairTest) web site. 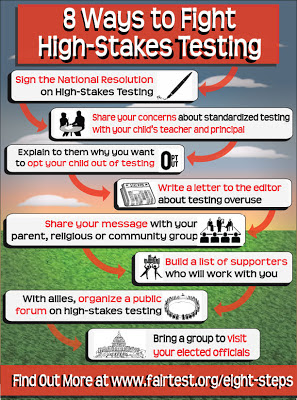 The teachers at Garfield High School in Seattle have put their jobs on the line and decided to "do no harm" by refusing to participate in the high stakes testing of their students. I hope it's "catching!"


“Our teachers have come together and agree that the MAP test is not good for our students, nor is it an appropriate or useful tool in measuring progress,” says Kris McBride, who serves as Academic Dean and Testing Coordinator at Garfield. “Additionally, students don’t take it seriously. It produces specious results, and wreaks havoc on limited school resources during the weeks and weeks the test is administered.” 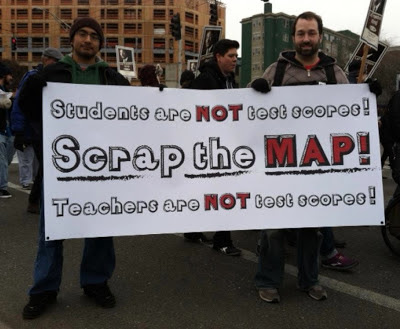 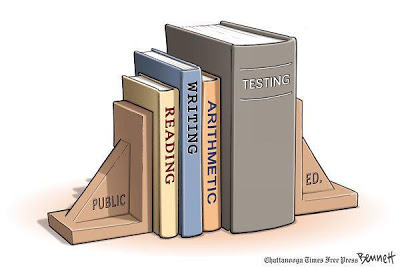 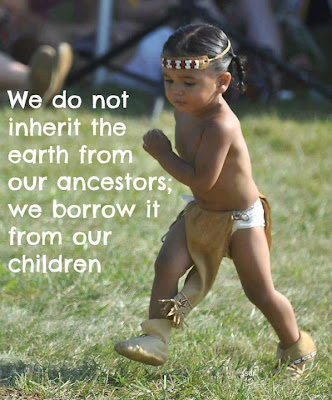 A Child is More Than a Test Score 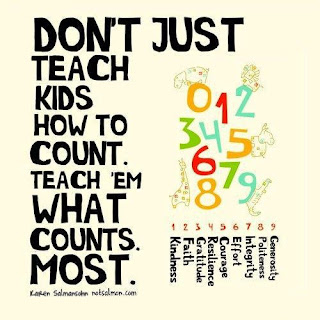 ...just State-Sponsored prayer. Students can pray whenever they want in school...as long as they don't disrupt the education of themselves or others. As the old saying goes, "as long as there are algebra tests, there will be prayer in public school." 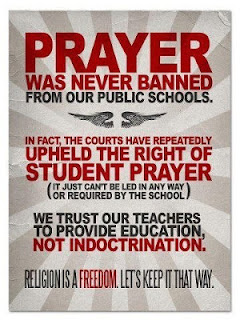 Those who can, Teach.

The legislatures around the country are filled with politicians who think that, because they attended school, they understand what it's like to teach. 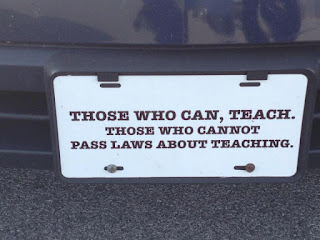 Arne Duncan never worked in...never even attended...a public school. Being basketball buddies with the president doesn't give him the knowledge necessary to lead America's public schools. 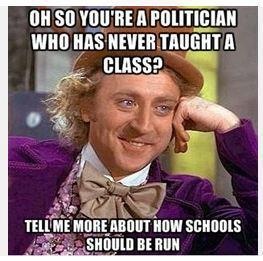 Public Schools should be led by the public, not corporate boards of directors. 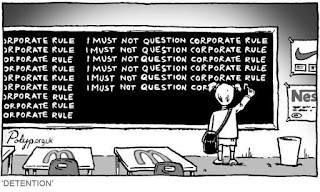 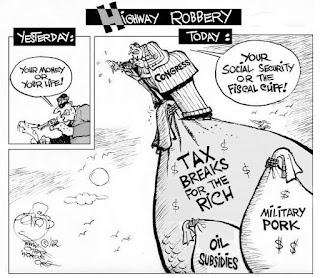 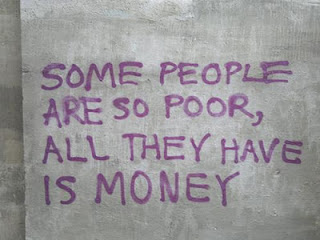