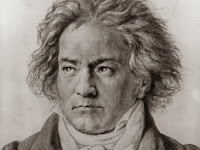 
I found a YouTube site with color coded analyses of all of Beethoven's nine symphonies. For all you music nerds, I've included the entire Ninth below.

For the rest of you...listen to a few minutes at each of the following locations...

From Wikipedia, about the first performance of Beethoven's Ninth (Choral) Symphony.


Although the performance was officially directed by Michael Umlauf, the theatre's Kapellmeister, Beethoven shared the stage with him. However, two years earlier, Umlauf had watched as the composer's attempt to conduct a dress rehearsal of his opera Fidelio ended in disaster. So this time, he instructed the singers and musicians to ignore the almost totally deaf Beethoven. At the beginning of every part, Beethoven, who sat by the stage, gave the tempos. He was turning the pages of his score and beating time for an orchestra he could not hear.

There are a number of anecdotes about the premiere of the Ninth. Based on the testimony of the participants, there are suggestions that it was under-rehearsed (there were only two full rehearsals) and rather scrappy in execution. On the other hand, the premiere was a great success. In any case, Beethoven was not to blame, as violinist Joseph Böhm recalled: "Beethoven directed the piece himself; that is, he stood before the lectern and gesticulated furiously. At times he rose, at other times he shrank to the ground, he moved as if he wanted to play all the instruments himself and sing for the whole chorus. All the musicians minded his rhythm alone while playing".

When the audience applauded—testimonies differ over whether at the end of the scherzo or the whole symphony—Beethoven was several measures off and still conducting. Because of that, the contralto Caroline Unger walked over and turned Beethoven around to accept the audience's cheers and applause. According to one witness, "the public received the musical hero with the utmost respect and sympathy, listened to his wonderful, gigantic creations with the most absorbed attention and broke out in jubilant applause, often during sections, and repeatedly at the end of them." The whole audience acclaimed him through standing ovations five times; there were handkerchiefs in the air, hats, raised hands, so that Beethoven, who could not hear the applause, could at least see the ovation gestures. [Emphasis added] 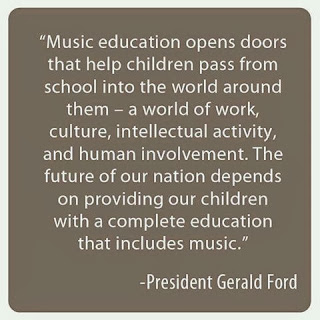 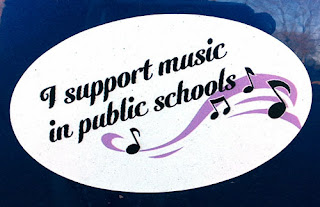