My Public Education wish list for 2014 in no particular order. This is a work in progress, so I will likely come back and add more. 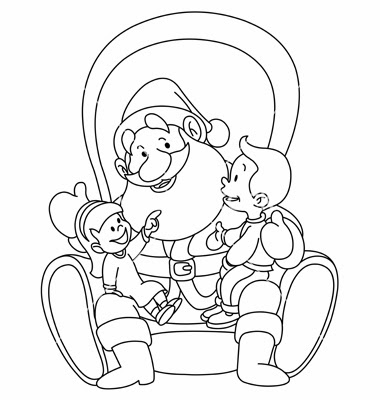 ...Diane Ravitch or Linda Darling Hammond would replace Arne Duncan as US Secretary of Education. If not one of them, then someone who knows something about public education and has actual education experience in a public school.

...all schools offered a well rounded curriculum which included music, PE, and art, as well as core subjects.

...Bill Gates (and other billionaires) would stop "helping" public education unless he wants to donate money with no strings attached. Here are some suggestions of places where his billions might help: Detroit Public Schools, Chicago Public Schools, Philadelphia Public Schools.

...schools needing more funding would get it rather than being punished for their level of unemployment, homelessness or poverty.


...schools in poor communities in many cases spend thousands of dollars less per student than those in more affluent areas do. As a result, poor schools can’t compete for the best teachers and principals, buy the best technology and support rigorous academic and enrichment programs.

“Ten million students in America’s poorest communities – and millions more African-American, Latino, Asian-American, Pacific Islander, American Indian and Alaska Native students who are not poor – are having their lives unjustly and irredeemably blighted by a system that consigns them to the lowest-performing teachers, the most run-down facilities, and academic expectations and opportunities considerably lower than what we expect of other students,” according to the report.

...legislators would LISTEN TO TEACHERS instead of just political donors who want to make a buck in education.

...politicians and policy makers would accept their responsibility for poverty in America.


Poverty is the most relevant factor in determining the outcome of a person's educational journey, and in Finland, the child poverty rate is about 5%. In the U.S., the rate is almost five times as high.

...millionaires, billionaires and corporations would be willing to pay their full share taxes. As George Lakoff wrote,


Taxation is paying your dues, paying your membership fee in America. If you join a country club or a community center, you pay fees. Why? You did not build the swimming pool. You have to maintain it. You did not build the basketball court. Someone has to clean it. You may not use the squash court, but you still have to pay your dues. Otherwise it won't be maintained and will fall apart. People who avoid taxes, like corporations that move to Bermuda, are not paying their dues to their country. It is patriotic to be a taxpayer. It is traitorous to desert your country and not pay your dues.

...tests in general and standardized tests in particular be used only for diagnosis of student learning needs. The testing insanity needs to end.

...anyone wishing to teach in America's public schools be required to have a full four year degree in education and in their subject area. Elementary teachers should choose a subject area as an area of concentration.

...children were allowed time to play.

...teachers taught half days and spent the other half of their day planning and in collaboration with their colleagues. More school days per year (240 for example) would give students the number of hours of education they needed. This would reflect the truth of how many hours American teachers actually work and, with competitive salaries, would compensate them for all the time spent grading and planning. (Salaries comparable to Civil engineers - $84,140, Psychologists - $86,380 or software developers - $90,470, for example.)

...American legislators understood that citizens are willing to pay more for public education.

...every child would have someone read to them for at least 15 minutes every day.

...the President would quit supporting so-called school turnarounds and start supporting the schools and their teachers instead.

...teacher evaluations would not be based on student test scores. Instead, Linda Darling-Hammond has some good ideas...

...states and local communities, in collaboration with their schools, had more input into curriculum decisions.

...there was a national class size limit of 18 in early childhood, 20 in elementary grades and 22 in every other grade and class.

...the leadership of America's teachers unions would dump their affiliation with "reformers" and get back to supporting teachers and students.

...instead of retention in grade schools would insist on intense intervention for struggling students.

...school systems all around the nation would adopt the ideas listed in The Schools Chicago's Students Deserve including, but not limited to,