"When I was a boy on the Mississippi River there was a proposition in a township there to discontinue public schools because they were too expensive. An old farmer spoke up and said if they stopped building the schools they would not save anything, because every time a school was closed a jail had to be built." —- Mark Twain 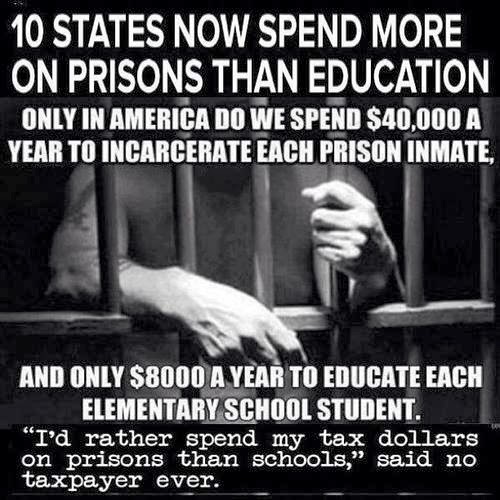 "An investment in knowledge pays the best interest." -— Benjamin Franklin

"There is a place in America to take a stand: it is public education. It is the underpinning of our cultural and political system. It is the great common ground. Public education after all is the engine that moves us as a society toward a common destiny... It is in public education that the American dream begins to take shape." —- Tom Brokaw

Public schools must be understood as public not simply because they serve the public, but because they establish us as a public. -- Benjamin Barber, proessor of Civil Society, University of Maryland

"The current obsession with making our schools work like a business may be the worst of them [fads and ill-considered ideas in American Education], for it threatens to destroy public education. Who will stand up to the tycoons and politicians and tell them so?" —- Diane Ravitch, The Death and Life of the Great American School System

"Our schools remain subject to a failed federal accountability system. We are packing children into crowded classrooms, ignoring the growing levels of child poverty (the U.S. now leads all advanced nations in infant mortality), and putting fear into the hearts of our nation's teachers. Who will want to teach? How does any of this improve schools or benefit children? Do you understand it? I don't." -- Diane Ravitch in A Moment of National Insanity

If you look back in history, you will find that the core mission of public education in America was to create places of civic virtue for our chilren and for our society...it is crucial to remember tha the key role of public schools is to preserve democracy and, that as battered as we might be, our mission is central to the future of this country. -- Paul Houston, former executive diretor, American Association of School Administrators

"Let's see if I got this right... Because standardize testing was unsuccessful at adequately dumbing down public education, many states now plan to develop common core standards --that will inevitably be evaluated with a common core test-- so at least all states will be dumbed down the same? Epiphany" —- Robert A. Ferrell, www.robertferrell.net

"Contrary to any prognostications made by Secretary Arne Duncan and his corporate backers, The Race to the Top must be understood as nothing more than the abdication of the social responsibility of the state in assuring public education by stressing instead, individual freedom through privatized choice, 'free'-markets and personal responsibility in the ruthless and unequal capitalist marketplace of despair. It is being camouflaged as educational reform, when in fact it will serve to deform education and its stakeholders." —- Danny Weil, Dissident Voice, Jan. 6, 2010

"Corporate school privatizers feign disgust with teachers that cheat the standardized tests. But big business theft of public education is by far the greater sin. The real cheats are those that pushed high stakes testing under the false pretexts of reform, when the actual goal was union busting and privatization." —- Glen Ford, Black Agenda Radio, Sept. 14, 2011

"Can you remember another time when education reform has so ignored the realities of public education?" —- Valerie Strauss, Washington Post Answer Sheet, 12/31/10

Nearly half of all teachers leave the field within their first 5 years. Many find out the hard way that they aren't cut out for teaching...or that it's not as easy as they thought it would be. Many didn't realize that it's not a 6 hours a day, 9 months a year job, but one that takes hours and hours of preparation, thought and work. Many can't handle the emotional investment in the lives of children.

The old adage which states that "those who can't, teach" has it backwards. Teaching is doing...and it's those who can't who must move on to some other, less important line of work. -- Me in Teaching as a Luxury 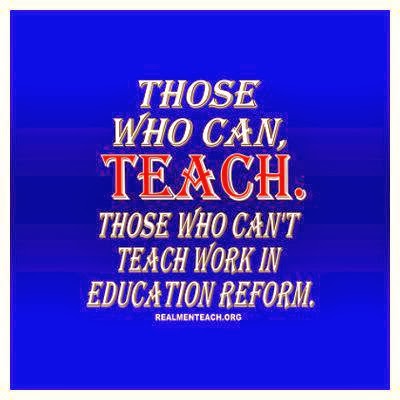