Just Another Excuse to Bash Teachers

The Indianapolis Star Editorial Board apparently agrees with State Board of Education member Gordon Hendry that something must be wrong with the teacher evaluation system in Indiana since so many teachers scored as Effective and Highly Effective.


Indiana’s system for evaluating how well its 55,000 public school teachers are doing their jobs smacks of absurdity on multiple levels.

The Star lists three "absurdities" which prove, at least in their minds, that there cannot possibly be that many good teachers in the state. The not-so-hidden-assumption is the usual, "We know there are bad teachers and if this evaluation system doesn't reveal them, then there's something wrong with the system."

The assumption is based on the myth of the "bad teacher" being responsible for all the ills affecting society.


Absurdity No. 1: The ratings released by the Indiana Department of Education this month are clearly inflated. About 97 percent of teachers landed in the highest two categories -- “highly effective” and “effective.” Only about 2 percent were rated as “needs improvement.” And less than one-half of one percent -- about 200 teachers statewide — received the lowest rating of “ineffective.”

This must be incorrect because, the Star maintains, it's normal for "managers to overrate employees' performance." This may be true...and it may also be true that education managers (principals) have overrated employees' (teachers) performance. However, there's no proof that this is true. Saying the numbers are "clearly inflated" isn't sufficient. Maybe the bad teachers have already quit, been counseled out, or been fired within their first five years (nearly half of all teachers leave the profession within that time). The Education profession has a way of cleaning house before teachers gain too much experience.


Absurdity No. 2: The ratings don’t match results. A lot of data measuring student achievement is available, some encouraging and some deeply discouraging, but there’s a bottom line statistic that can’t be ignored: Indiana ranks 42nd in the nation in the education level of its workforce. That’s a fatal flaw for a state that must compete in a global economy where a good education is increasingly an essential commodity.

Is the Star trying to blame the education level of the state's workforce on K-12 educators? It's hard to tell because there seems to be an immediate "walk-back" from this...


Educators argue, and rightly so, that they’re not fully responsible for that statistic and other key indicators. Education attainment has been undercut by Indiana’s long history as a strong manufacturing base, which for decades inadvertently weakened the value of an education; growing poverty rates in the state; and in many cases, a frustrating lack of parental support. [emphasis added]


But taxpayers invest so heavily in schools -- 53 cents of every dollar in the state budget goes to K-12 education -- precisely because state leaders and the public recognize the importance of education to Indiana’s future. The problem is that taxpayers’ aren’t getting sufficient return on their investment.

In other words..."Hoosiers aren't educated enough and while we aren't going to come out and say it's the fault of the K-12 educators it's someone's fault and we really want to blame someone...whoever."

How about the fact that a third of Indiana residents who graduate from state supported universities and colleges leave the state after graduation...and almost half leave within 5 years of graduation (effectively lowering the educational attainment rate)? Is that the fault of K-12 educators, too?

Someone needs to take the blame for that after all, and since the Star won't criticize the favored legislature or governor, then it must be the fault of those pesky unionized teachers. 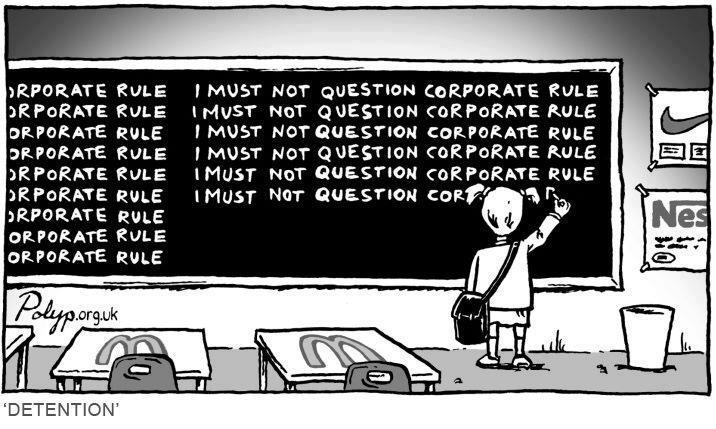 GIVE THE LOSERS A PAY RAISE


Absurdity No. 3: Some state leaders want to reward performance that’s less than satisfactory. State Superintendent of Public Instruction Glenda Ritz floated the idea that even those 2 percent of teachers saddled with “needs improvement” rankings should receive pay raises.

I didn't know that...maybe we do need a different system for evaluating teachers after all. How about something like this...


The Montgomery County Public Schools system...has a highly regarded program for evaluating teachers, providing them extra support if they are performing poorly and getting rid of those who do not improve.

In the 11 years since PAR began, the panels have voted to fire 200 teachers, and 300 more have left rather than go through the PAR process, said Jerry D. Weast, the superintendent of the Montgomery County system, which enrolls 145,000 students, one-third of them from low-income families. In the 10 years before PAR, he said, five teachers were fired. “It took three to five years to build the trust to get PAR in place,” he explained. “Teachers had to see we weren’t playing gotcha.”

Doug Prouty, the teachers’ union president, said, “It wouldn’t work without the level of trust we have here.”

Nancy S. Grasmick, Maryland’s state superintendent of schools, called PAR “an excellent system for professional development.” Senior staff members from the United States Department of Education have visited here to study the program, and Montgomery County officials have gone to Washington to explain how it works. In February, the district was one of 12 featured in Denver at a Department of Education conference on labor-management collaboration.

Unfortunately, the plan, which has worked so well, doesn't include evaluating teachers using student test scores, which Indiana now requires...


Let’s reward great teachers with strong compensation. But don’t dilute limited resources by handing out more money to those who aren’t getting the job done.

Is that like allowing failed charter schools to reopen as private schools and receive tax supported vouchers? Is that the kind of dilution of limited resources they're talking about?

The Indianapolis Star ought to admit it...they just want another excuse to bash public schools and their teachers.