Yesterday, by a vote of 7 Ayes to 3 Nays, the Indiana State Board of Education passed REPA III, rules which define the qualifications for public school educators. This version contains the Career Specialist Permit which gives non-educational professionals the right to teach in Indiana high schools.

Why did David Frietas, a lifelong educator who has spent much of his professional career working with educators, vote for this. Referring to REPA III he said,


"We give a lot of lip-service to local control of public schools and I see this issue as an opportunity to reinforce and affirm our great school principals, great school board and great superintendents to make that decision for allowing people to have a pathway into the profession," Freitas said. "But the gatekeepers should not be at the state level. ... That is best done by the local school board."

Does he really believe that or is he being disingenuous? Consider...

Thanks to professional educators Glenda Ritz, Brad Oliver, and Troy Albert, who voted against REPA III. It dilutes the quality of teaching in Indiana's high schools, insults the thousands of education professionals in the state who earned their credentials, and experiments with the quality of education for our students. Those three educators understand that you don't just walk into a public school classroom, begin disseminating information and call that teaching.

Linda Darling Hammond is a Professor of Education at Stanford University and a researcher in education policy and reform. In the film, Rise Above the Mark, she said,


What do we know about what works?

We know that high achieving systems are equitably funded whereas we fund our schools very inequitably. They take care of children with health care and preschool education, they have very low rates of childhood poverty whereas we have the highest rate in the industrialized world.

They invest in very well trained teachers and administrators who are extremely professional and well supported and knowledgable, and then they let them make decisions about what to do. They have a lean curriculum guidance some curriculum suggestions about what should happen each year but then people in the schools develop that into real curriculum and programs.

They use assessments that are authentic, performance based, open ended, essays, oral examinations, projects, scientific experiments all of those. Many fewer tests much more thoughtful, and at the end of the day they're really aiming to enable all of their kids to be successful in the public system. [emphasis added]

Having very well trained teachers and administrators in Indiana is something that the majority of members of the State Board of Education apparently don't believe in. 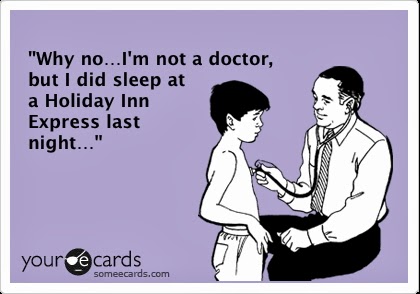