Three quotes from the Network for Public Education 2015 National Conference. See the videos at www.networkforpubliceducation.org.

From Jitu Brown, one of the directors of the Network for Public Education and the national director for the Journey for Justice Alliance.


"They look at our students as instruments of profit" -- Jitu Brown

From Yong Zhao, Presidential Chair and Director of the Institute for Global and Online Education in the College of Education, University of Oregon, where he is also a Professor in the Department of Educational Measurement, Policy, and Leadership.


We are in the U.S. one of the very, very few systems that allow everyone to "play in the system" for twelve years. That's something amazing. We do not select. We do not judge, and that preserves the diversity of talents. Once we privatize...once we allow people to select...you exclude people, normally too early. You don't know who they might become...any privatized entity has the right to reject. We are not running a country club. We're running a public education system...that is for the prosperity of the nation and the community and the individuals. -- Yong Zhao

From Lily Eskelsen Garcia, President of the National Education Association.


"What is wrong with the world where testing has become so absurd and so harmful to children that parents are protecting their children from a test [by opting out]...The solution has to be changing the world so we do not have toxic testing..." -- Lily Eskelsen Garcia


The Resistance Meets on Weekends

At the close of the NPE conference, Diane Ravitch called on pubic education supporters to engage parents and grandparents, students (especially high school students) and retired educators...in other words, folks who can't be fired for standing up for public education.


...the irony here is that while [educators] are amateurs in the field of shaping, twisting, and spinning policy, ["reformers"] are the amateurs in the actual field of education. They may have the tools, the money, the hired manpower, and the paths of power on their side, but we are the one who know the territory.

More about the Atlanta trial which sent public educators to jail.


The one-percenters need us to believe public education in our communities is some new kind of sewer infested with incompetent teachers who are cheating children and the public every week they draw paychecks. The long, long crisis of public education has been designed, engineered and provoked by powerful bipartisan forces to justify their long game, which is the privatization of public education. That's the Big Plan.

Jon Stewart, who is leaving The Daily Show late this summer, will be missed. Valerie Strauss analyzed his review of the Atlanta cheating scandal. The entire segment of The Daily Show follows.


Jon Stewart on Wednesday night made the inevitable comparison between the former teachers and administrators in Atlanta who were sentenced for cheating on standardized tests — a few for as much as seven years — with Wall Street denizens who in 2008 connived in a way that nearly brought down the country’s financial system. Only one was sentenced to 12 months in jail.

Under the guise of "equalizing school funding" the Indiana legislature is threatening to reduce funding for large, high poverty urban areas and increase funding for low poverty suburban areas.


“The state is trying to act as if I don’t need different resources for that high school in the high-poverty area,” Robinson said. “The standards I set for the students I receive is the same. We treat our kids in poverty like it’s their fault. … That’s the fallacy of the (state funding) formula.”

The One about Bullying, Threats and Arne Duncan...

The justification for annual testing is "parents need to know how their students are doing." Most teachers could provide the same information during any week of the school year, more quickly, and with more accuracy.


...no teacher needs yearly standardized tests to know if their students are "making progress or growth." Just as parents don't need these tests to know if their children are growing. The people that teach and love these children are well aware of what they are learning, what challenges and successes they are encountering, and what strategies will work best to help them continue to grow and learn. Let's not pretend that a once-per-year multiple choice test will somehow magically provide some special sauce that will reveal what kids know and are able to do.

How much of our national treasure, some of which used to go to helping students, is now going to testing companies? Imagine how much they're making in profits if they can afford to spend in excess of $20 million in lobbying...


The ongoing litany of computer exam administration failures reinforces the conclusion that the technologies rushed into the marketplace by political mandates and the companies paid to implement them are not ready for prime time. It makes no sense to attach high-stakes consequences to such deeply flawed tools 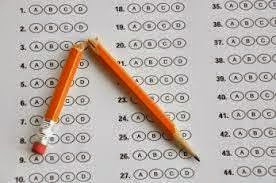 At the Network for Public Education 2015 National Conference, one of the speakers commented that privatization is more than just an "education problem." It's occurring in various places in America's economy. The most recent post of Privatization Watch covers much more than just education. It includes articles about a Senate cafeteria worker, a growing movement to transfer federal land to state control in Western states, the military pension system, the privatization of the state-run charity hospital system in Louisiana, and various toll road privatizations (because toll road privatization worked so well in Indiana).

GA: Opinion: Why competitive model fails schools. No one should lose in education


The Texas Miracle used to design No Child Left Behind was a case of cooking the books; the Atlanta Miracle included systemic cheating to save jobs and schools from being closed and educators are now sentenced to serve time behind bars; the New Orleans Miracle continues to be an embarrassment with the retraction of research reports indicating success and criticisms about bad data; and in 2013 there was confirmed test cheating in 37 states and Washington D.C., but surely it is more widespread than that given the high-stakes of the very tests that have been criticized for their bias, invalidity, very high cost, and damaging effects on what schooling has become. Not everything is a competition, not everything should be designed as a competition, and education – especially – should not be treated as a competition where there are guaranteed winners and losers. No one should lose in education. [emphasis added]