Why is This So Hard to Understand?

DANIELS BRINGS HIS SHOW TO PURDUE

Dave Bangert reports on the current fight over tenure policy between the faculty at Purdue University, and the President and Board of Trustees of the University. The President is former Indiana governor Mitch Daniels.


During Monday’s University Senate meeting, faculty leaders said they wanted better definitions of at-risk students and measurements for what counted as tenure-worthy mentorship — including assurances that professors who deal mainly with graduate students wouldn’t be penalized.

So that entire line about mentoring undergraduates was struck out — in red — under the University Senate resolution approved Monday. The faculty Senate also balked at language that would have given faculty a leg up on tenure if they developed competency-based courses — ones Daniels has pushed for and that would be based more on mastery of the material than the straight semester-oriented work done now.

You can read the discussion of the issues in the article. The part that got my attention was a comment by the University (faculty) Senate Chairman, Kirk Alter.


“This gets at a bigger issue,” Alter said. “I think to some — maybe to the board of trustees, maybe to Mitch — they see this tenure thing in higher ed analogous to tenure in K-12. And it’s a completely different thing. In K-12, you essentially get tenure by breathing. That’s very much a union-based view of tenure. We all know what that outcome is; that got left behind in Indiana (when Daniels was governor). Whether that’s good or bad isn’t the issue. People remember.”

Alter is right that K-12 tenure got "left behind in Indiana (when Daniels was governor)." Indiana K-12 teachers don't have tenure any more. In other words, if a principal wants to fire a teacher there doesn't really need to be any reason other than they don't like each other, or the principal wants to clear the spot for his niece, a school board member's nephew, or the superintendent's first cousin once removed. Teachers in Indiana have the right to go to the superintendent and talk about why they got fired, but there's no other recourse unless the school system (or the principal) broke the law.

Perhaps the members of the Purdue faculty remember how easy it was to strip the state's K-12 teachers of their tenure and they're afraid it will happen to them, too. When Mitch Daniels is in charge this is a real threat.

On the other hand, Alter's description of K-12 tenure as something you get "by breathing" is a common misunderstanding promoted by the "reformers" to bust unions and divide pro-public education teachers and the families they serve.

"Reformers" purposefully misrepresent the facts of K-12 tenure in order to weaken teachers unions and reduce teachers rights. Tenure for K-12 teachers is not something you get "by breathing." Principals have complete power to fire teachers during the first few years of a K-12 teacher's career. If Principal says to First Year Teacher, "I don't like the way you teach. You're fired" then that teacher is fired. 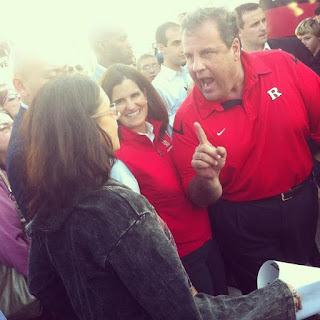 More than 40% of beginning teachers nationwide are either fired or "counseled out" of education during their first few years. If a teacher makes it to "tenure," otherwise known as "permanent status," it's because the principal allowed them to get that far, apparently because he or she was good at their job.

So, fact number 1: Not all K-12 teachers get tenure (or "got" tenure before the legislature decided that it was an unnecessary perk with which to attract and keep the best people in our public school classrooms).

"Reformers" like to say that, once a teacher gets tenure it means they have a "job for life." This is like saying they get it "by breathing."

Nothing could be further from the truth. K-12 tenure is not a permanent job. It's a guarantee of due process. Diane Ravitch explained it in Reign of Error: The Hoax of the Privatization Movement...


In the public schools, however, tenure means due process. There is no ironclad tenure for teachers. A teacher who has tenure is entitled to a hearing before an impartial arbitrator, where the teacher has the right to see the evidence and the grounds for the charges against him or her and to offer a defense. Critics say that the dismissal process is too cumbersome and too costly; they say it takes too long to remove an incompetent teacher. In some states and districts, that is true. It is the job of the state and the district to negotiate a fair and expeditious process to handle charges and hearings. The hearings should be resolved in months, not years. After a fair hearing, teachers found to be incompetent or guilty of moral turpitude should be removed without delay.

Fact number 2: Tenure for K-12 teachers does not mean "a job for life." It means due process. Period. Read that again...it's not that difficult to understand. 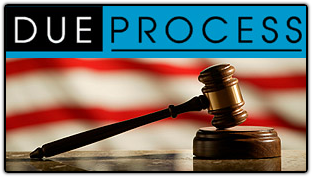 ONE OF MANY REASONS FOR THE TEACHER SHORTAGE

The benefit of due process, which Indiana teachers no longer have, was one way they protected themselves from arbitrary or punitive firings by administrators, but in 2011, then governor Mitch Daniels and his fellow "reformers" in the Indiana General Assembly stripped K-12 teachers in Indiana of this due process.

Now the media is focusing on the teacher shortage in Indiana.

When politicians who don't know anything about the field of education start making punitive laws affecting teachers and students, fewer people will want to teach. It's that simple.