Finally, I Rant about NEA's Endorsement of Hillary

Ok...so it took a while and everyone else has probably already said everything there is to say about the NEA supporting Hillary for President in the primaries, but I was looking around at blogs and I read one that triggered a rant.

The stimulus that finally got me going was a guest blogger on Lily's blog who was Proud to Be an Educator for Hillary.

I have nothing against the teacher who wrote the blog and I did follow her link to Hillary's Education platform on NEA's server which said all the right things...well not all of the right things, but some of the right things. Missing, however, was detail about how those things would be accomplished and what they would be replaced with...for example,


Hillary Clinton supports reducing the role of standardized tests in public education, and she supports NEA's push to create an opportunity dashboard, understanding the multiple measures that we must address and monitor to truly close the opportunity achievement gaps between students. She has committed to fighting to provide equal opportunity to have access to arts education, school nurses, librarians, and counselors, and funding so all students can succeed, regardless of their ZIP code.

Sounds great, right? Reducing the role of testing is something I would like to see, but what about teachers being evaluated by test scores, loss of due process, and loss of collective bargaining rights? What about the connection between poverty and low achievement?

Furthermore, how does her policy differ from that of Bernie Sanders? Martin O'Malley? Lawrence Lessig (did you even know he was running? Read Republic, Lost)? or other candidates?

Mrs. Clinton may indeed be the candidate we ought to support, however, I think we need to have more information before we endorse someone.

Here's what I wrote as a response to An Educator for Hillary (I've fixed a couple of typos, added a link, and made one sentence bold).


The NEA board has decided for the rest of us that there is no need to get any assurances that our endorsement for a candidate will bring support for public education other than some vague references to "every child and teacher will get support."

What is Hillary's stand on Charter schools and the massive amounts of corruption which privatization has brought to so many states and school districts? More accountability? What does accountability mean for charter schools? More tests? Publicly elected school boards? Open enrollment or will Charters still be allowed to skim the cream? Will charters still be allowed to hire "teachers" with no credentials?

What is Hillary's stand on the Common Core? We know Lily loves it, but that doesn't mean that it's not developmentally inappropriate. What about the cut scores manipulated by state houses and governors in order to "prove that public education is failing?" What about the overuse and misuse of standardized testing -- both Common Core related and otherwise?

What is Hillary's stand on vouchers? Will there be any attempt to do away with public tax money going to religious schools?

What about due process for K-12 teachers (aka tenure)? Collective bargaining? Where are the details to Hillary's education platform? What about test based evaluations? What about Teach for America?

Why didn't we get (or get to see) the details BEFORE we endorsed someone?

In 2008 we endorsed President Obama who "sincerely" told us that we didn't devote our lives to testing...we devoted our lives to teaching and teaching is what we ought to be allowed to do. That, and a "seat at the table" was enough for us...endorsement done. Look what we got...Arne Duncan -- who never set foot in a public school as either a student or a teacher -- and Race to the Top which doubled down on No Child Left Behind's labeling of low test takers as losers. Arne Duncan, who cheered when an entire school full of teachers in Rhode Island were fired because the school was "low achieving" (aka filled with high poverty students). Arne Duncan, who manipulated federal dollars meant for low income students so that it became a contest to see which states could raise the caps on Charters fast enough and evaluate teachers based on test scores.

A seat at the table? Haven't we learned anything? 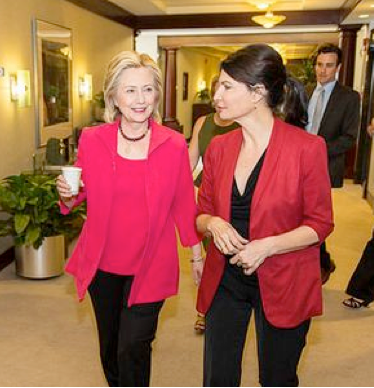