I Get a Response From NEA

Earlier this month I posted about the NEA's Primary Election endorsement of Hillary Clinton for U.S. President. I included a comment I had written in response to a special ed teacher's guest blog on Lily Eskelsen-Garcia's blog.

You can read the guest blog, Proud to Be an Educator for Hillary. Scroll down and you can see a comment. As of this writing, my comment has not been included, however the one comment that is there expresses similar objections to the endorsement. Perhaps mine wasn't written well enough...or I was too emotional...or confrontational...or impolite. It doesn't matter. I only mention this to indicate that, apparently, the NEA is willing to read opposing views: something positive.

I submitted an abridged version of my comment a second time. I thought perhaps that it hadn't been published because it was too long. After that submission, I received a response from NEA which you can read in its entirety at the end of this post. 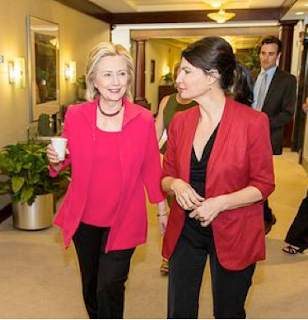 In her letter to me, Lily provided a link to the interviews she did with the three candidates (all Democrats) who responded to the NEA questionnaire: Hillary Clinton, Martin O'Malley, and Bernie Sanders (you can see all the interviews here. Scroll to the bottom section for the complete interviews).

Some of my objections have been answered. Lily asked all three candidates about their views on equality of opportunity, testing, college debt, collective bargaining, and their vision for rescuing the middle class. All three candidates gave essentially the same answers with minimal differences.
There is nothing about the record of the three candidates on the interview page. There's a link in the letter from NEA to a summary of Secretary Clinton's record, but that doesn't highlight the differences between the candidates. It only tells me, vaguely, what Clinton has done. During the interviews the candidates tooted their own horns freely, so that's something.

The problem, as I see it, is not that Secretary Clinton is not deserving of NEA's endorsement. It's that there is still too much about the candidates that we don't know. We did this before, with Barack Obama, and for our no-strings-attached support we got Arne Duncan and Race to the Top.

The fault is partially with the candidates. Clinton's campaign site has a section on K-12 education, but it's vague and unspecific. Sanders' and O'Malley's sites don't say "boo" about K-12 education. All three discuss universal preschool and affordable college. To earn NEA's support we ought to get some assurances that we won't get a DFER, someone who wants to privatize public education, or another Arne Duncan in the office of Secretary of Education.

But the lion's share of the fault is with NEA's leadership. Where were the questions (or if you asked them, where were the answers) about... 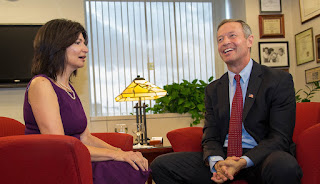 Lily, your questions about equality of opportunity, testing, college debt, collective bargaining, and the middle class were good; The candidates' desire for universal preschool and affordable college is admirable. But it's not enough. In the last two presidential elections the NEA supported President Obama because he said the right things. That's not enough any more. I want more details. We still don't know if any of these candidates support the corporate privatization of public education. I could make an educated guess, but it would have been nice if my professional association asked more detailed questions, or provided us with the answers to more detailed questions.

Replying to your message about NEA's presidential primary recommendation
from 2016presidential@nea.org


...Thank you for taking the time to share your thoughts surrounding NEA’s recent primary recommendation of Hillary Clinton for president. I want to spend a few moments highlighting our process since February and, ultimately, our decision to move forward with the Clinton recommendation.
NEA members and leaders have engaged in our primary presidential recommendation process since last February, identifying and reaching out to nearly 25 candidates from both major political parties. Throughout this process, we asked for input from candidates and, equally important, did our best to highlight candidates’ positions on education issues for members like you. Throughout the last few months, we distributed a candidate comparison highlighting each candidate’s positions, hosted a tele-town hall with members to discuss the presidential field, and provided updated candidate positions via social media.

Just three candidates – Hillary Clinton, Martin O’Malley, and Bernie Sanders – met with me to discuss their positions on the issues. Afterward, I made it a priority to ensure all three taped interviews were distributed to NEA members and leaders throughout the country, which you can view right now.

These interviews remind all of us that each candidate is a dear friend of strong public schools and the students and children we work with, and Hillary Clinton’s proven track record, coupled with her comments throughout the recommendation process, is why I brought a recommendation for Secretary Clinton to the NEA PAC Council and Board of Directors for their consideration. Their discussions were thoughtful and robust, and our Board was able to spend time with Secretary Clinton on Saturday to discuss our issues.

Throughout this process, I am proud that NEA’s members and its leaders have had the opportunity to speak on this recommendation, and today I believe there is too much at stake to remain on the sidelines. Please continue to share your views, and go to Strong Public Schools for updates.

Only together can we work to ensure the next president ensures every child has a quality public education regardless of zip code. 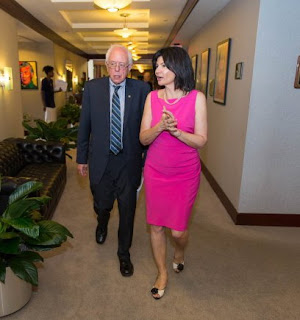