A Not Quitting Letter

I post "I'm quitting" letters because I think it's important to let parents and the public know why the teachers their students learned from (sometimes more than one generation) can't take the fake-reform that is swallowing public education. It's important to highlight the reasons teachers are leaving the profession in such great numbers.

However, it's also important, as Peter Greene shows us, to highlight the fact that millions of teachers are facing the "test and punish" insanity and continue to fight against it while staying in the classroom.


So I will stay here, and I will do what I consider-- in my professional opinion-- to do what is best for my students and my community. When I am told to implement a bad policy, I will circumvent it by any means at my disposal. I will disregard directives to commit malpractice. I will question, I will challenge, and I will push back. I will speak at every board meeting. I will talk to every parent.

DOES ANYBODY REALLY KNOW WHAT TIME IT IS?

Time is a social construct. We use clocks and time zones to make our interactions with each other more convenient. The change to and from Daylight Savings time isn't a natural occurrence.

Neither are cut scores. When it comes to standardized tests, percentiles tell us where someone compares to a national or local norm. Percentages tell us how much material was answered correctly. Cut scores, the point at which a student's score moves from passing to failing, is, just like Time, an artificial construct. Why was last year's cut score for the state standardized test set at 50? Why is this year's cut score set at 80? Peter Greene schools us in how cut scores really work.


Many folks make fun of daylight savings time because it doesn't really change a thing. Sun is still up for the same number of hours, and we stumble around in the dark for the same number of hours. Nothing really changes except the label we install. If I have the authority, I can make this moment 3:00 or 4:00 or 9:00 or 13:00. It won't change the reality of the moment-- just what we call it. Standardized test results, predictably draped across the bell curve, are the same. If I have the authority, I can label the parts of the curve anything I like. But it won't change reality a bit. 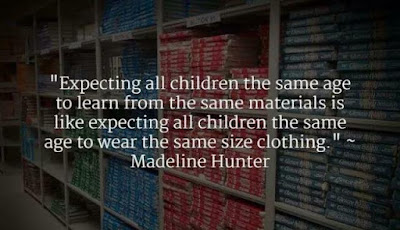 OUR PUBLIC SCHOOLS ARE NOT FAILING

Campbell Brown Calls for Elimination of All Public Schools


Our public schools are not failing.

Our society is failing to address the root causes of school performance, which are the conditions in which children and families are living, such as their access to good jobs, medical care, food security, and decent housing.

“How to ruin or Revive Public Education”

A fourth grade teacher asked Diane Ravitch what she could do to help fight so-called "ed reform." "Join with others," Ravitch replied, and she added the following.

From Diane Ravitch at Wellesley College


“Keep within yourself the vision of what is right and what is ethical so that no matter what they tell you to do, even if you're forced to do it, know that it's wrong and don't ever forget what's right.”

Steven Singer writes about watching a young girl act like a petulant teenager and get pulled out of her seat and tackled by a police officer. He discusses the fact that different people can see the same thing and come to different conclusions. The child was at fault. The police officer was at fault.

Children should not be manhandled because they act like children. If they pose an actual threat to life and property, then extreme measures might be taken to stop them from acting. However, silly, immature, childish behavior is not sufficient cause for adults to hurt children.

If your daughter mouthed off to adults in school, would you expect her to be pulled out of her chair and thrown to the ground by a police officer?


It takes a kind of intellectual and moral honesty to look the world in the face and accept that which is uncomfortable but true. Sometimes those charged with protecting us actually do harm. Sometimes adults know less than children. Sometimes actions are racially motivated.

Because when we watch the world, the world looks back. We reveal ourselves. And sometimes we show the world exactly how ugly and depraved we can be as a nation.

What’s Scary to Kids: Having Dyslexia and Being Held Back in Third Grade!

Children are retained in grade because teachers "don't know what else to do, but we have to do something." Yet, more often than not, retention in grade does more harm than good.

Frequently, however, retention in grade is paired with social promotion as the second option of a false dichotomy. We don't have to do either. Sometimes we are forced to choose because the only other alternatives are expensive. How much are our children's educations worth? How much is our future worth?


Retention, making students sit through the same instruction they had the year earlier, is not going to fix reading problems. Moving these students forward, with no consideration, however, won’t help either. These students need special attention for needs that are different from usual readers.

Reading While White is a blog that seeks to understand and call out white privilege in children's literature. In the blog mission statement, the authors write,


We are White librarians organizing to confront racism in the field of children’s and young adult literature. We are allies in the ongoing struggle for authenticity and visibility in books; for opportunities for people of color and First/Native Nations people in all aspects of the children’s and young adult book world; and for accountability among publishers, book creators, reviewers, librarians, teachers, and others. We are learning, and hold ourselves responsible for understanding how our whiteness impacts our perspectives and our behavior.

Reviewing While White: The Amazing Age of John Roy Lynch


I remembered seeing comedian Chris Rock break down and cry when he learned that his great-great-grandfather had been elected to the South Carolina House of Representatives during this same era. He explained his emotional reaction:


"If I had known this it would have taken away the inevitability that I was going to be nothing."

Teachers choose education because they want to teach, not because they needed a job and couldn't find anything else. Coercive evaluations aren't applicable. 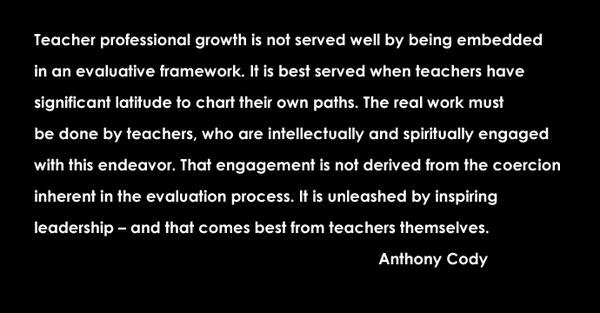