As reported in a Los Angeles Times editorial, the Bill and Melinda Gates Foundation CEO, Sue Desmond-Hellman, has admitted that...


“It is really tough to create more great public schools.” 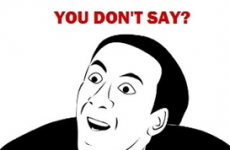 Massive wealth doesn't necessarily equal massive knowledge, and the Gates Foundation has shown over and over again that its knowledge about how to improve America's education system is anything but massive.

Let's begin with just three of the assumptions the Gates Foundation used when funding its education ideas.

Small schools can work, but it takes money. Lakeside School, Bill Gates's Alma Mater, for example, has less than 800 students in grades 5 through 12. They also charge $30 thousand dollars a year tuition per child along and have an endowment of $118 million. Even if only half of the students paid the full tuition they would have a working budget of $10 million a year.

How successful would the public schools in Detroit or Chicago be if they had a budget of $10 million a year for each school?

When Bill Gates decided that he didn't want to experiment with small schools any more he pulled his funding and left the schools in the lurch. Without Gates funding...


‘We ran into cash flow problems that were directly related to growth and the speed of growth. It was very, very unfortunate.’

So, small schools might be nice, but billionaires' contributions are not guaranteed. America needs fully funded, publicly run, public schools which are not dependent on the whims of billionaires or the fluctuations of the "market."

When did it become fashionable to assume that all teachers were lazy and didn't really want to do the hard work of helping students achieve?

"Reformers" choose to dump all the blame for low student achievement on teachers instead of considering other out-of-school factors. This is convenient for those public servants who are responsible for out-of-school factors influencing achievement. Most teachers are working as hard as they can to help students. Extra money, while it would be welcome, would probably not influence student achievement. Curiously enough, that's exactly what researchers find when they study financial incentive plans for teachers.

Yet Another Study Shows That Financial Incentives Don’t Work


...it did not improve the achievement of students, to say the least. If anything, such incentive in fact worsened the performance of students….Not only that, but the incentive program had no effect on teachers’ absenteeism, retention in school or district, nor did it affect the teachers’ perception of the learning environment in a school...


When asked to take on a merit-pay system, teachers typically point to the fact that they have no control over who is assigned to their classes. Every veteran teacher knows that groups of students will vary in their ability and motivation from year to year. Each class presents its own set of challenges. And this variation exists across schools and districts.


Research shows that the carrot of higher pay does not lead to better results. In an authoritative study conducted at Vanderbilt University, for example, teachers who were offered bonuses for improving student test results produced no more improvement than the control group.

Methods that use test scores to evaluate teachers, including the currently popular “value added” calculations, have also proved highly unreliable. The National Academy of Sciences and experts assembled by the Economic Policy Institute have warned of the potentially damaging consequences of implementing test-based evaluation systems or merit pay based on test scores.

Standards, along with well maintained facilities, a well developed curriculum, and best teaching practices, are all important for student achievement. But even the best standards won't heal what ails our nation's public schools if that's all we have.

Desmond-Hellman admitted this when she wrote,


“Unfortunately, our foundation underestimated the level of resources and support required for our public education systems to be well-equipped to implement the standards,”

And the Common Core State Standards are not "the best standards" despite the millions that the Gates Foundation dumped into them.

We don't let billionaires tell firefighters how to fight fires. Billionaires don't get to decide what books belong in the public library. Billionaires should not make public education policy just because they have a lot of money.


Philanthropists are not generally education experts, and even if they hire scholars and experts, public officials shouldn’t be allowing them to set the policy agenda for the nation’s public schools. The Gates experience teaches once again that educational silver bullets are in short supply and that some educational trends live only a little longer than mayflies.


"...the Gates Foundation doesn’t have all the answers.”

It would have been nice if Bill Gates had understood that when he began his foray into influencing public education a decade and a half ago.

Does he understand it now?

The Educator and the Oligarch: A Teacher Challenges the Gates Foundation

Got Dough? How Billionaires Rule Our Schools