About Those School Lunches…

OpenSecrets.Org tells us this about Lobbying


The primary goal of much of the money that flows through U.S. politics is this: Influence. Corporations and industry groups, labor unions, single-issue organizations - together, they spend billions of dollars each year to gain access to decision-makers in government, all in an attempt to influence their thinking.

Just how much did the top three industries spend on lobbying in 2015?

Think about those totals when you pay for your medications, your insurance premiums, and the energy needed to power your car and heat your home. How much of your dollars are going to pay for lobbyists who work against your interests?

Which sets the stage for the following simple and important quote... 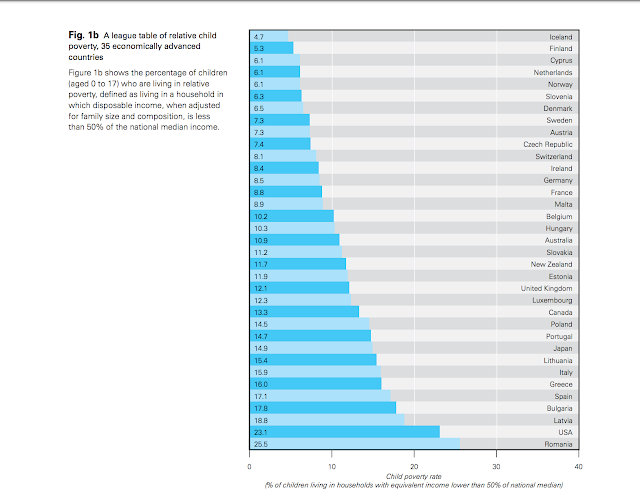 The Disturbing Transformation of Kindergarten

We have pushed down the curriculum and now expect kindergarteners to learn what first graders learned a generation ago -- and then we blame the children for not learning and their teachers for not teaching.


It may satisfy politicians to see children perform inappropriately difficult tasks like trained circus animals. However, if we want our youngest to actually learn, we will demand the return of developmentally appropriate kindergarten. 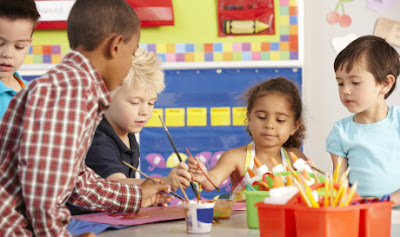 INVEST IN THE FUTURE

We are only one of three nations in the world who invest more money in schools for our wealthy children than for our poor children. We have one of the highest childhood poverty rates – nearly 25% – of any advanced nation in the world and we know that students who live in poverty have out of school factors which inhibits their achievement.

"Reformist" politicians, instead of taking responsibility for the high levels of poverty in our nation, blame schools and teachers for low achievement.

Instead of investing in our future – our children – we're wasting tax dollars on privatizing our education system.


America is unique among advanced countries in its utter indifference to the lives of its youngest citizens.

...In other words, if you judge us by what we do, not what we say, we place very little value on the lives of our children, unless they happen to come from affluent families.

...it would indeed be an investment — every bit as much of an investment as spending money to repair and improve our transportation infrastructure. After all, today’s children are tomorrow’s workers and taxpayers. So it’s an incredible waste, not just for families but for the nation as a whole, that so many children’s futures are stunted because their parents don’t have the resources to take care of them as well as they should. And affordable child care would also have the immediate benefit of making it easier for parents to work productively.


...eliminating neighborhood schools has undermined the most vulnerable students by uprooting them from their communities and scattering them to schools citywide. 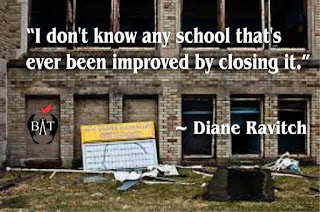 The big trouble in Indiana public schools, as explained by a troubled educator

It's almost as if they purposely wanted to create a teacher shortage.


"...Yes, the mess in education isn’t just affecting those of us who are in education. First, legislators thought we weren’t doing our job, so they legislated the pay scale so good teachers would get paid more for their efforts. In reality, the legislature has capped teacher salaries, not allowing years of experience or education to fiscally matter. Being a highly effective or effective teacher results in a minuscule stipend, maybe enough to get the brakes fixed on your car.

"Salaries for teachers statewide are stagnant. Your income does not rise over time. Families cannot be supported on a teacher’s salary over time, and yet college costs the same for them as it does to be an engineer.

"I wonder why there’s a teacher shortage..."

STAND UP TO THE MONEY

A master teacher went to court to challenge her low evaluation. What her win means for her profession.

This teacher decided that it was time to take a stand against testing companies and "reformers."


It is time for the madness to stop. It is time for other teachers to stand up and legally challenge their scores. And it is past time for taxpayers to stop these silly measures that cost them millions while enriching test companies and the research firms that produce the teacher scores. 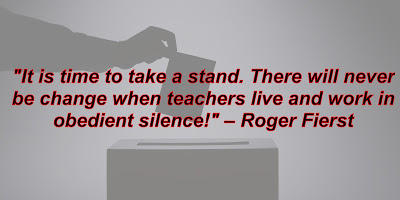 Teaching is high intensity work and teachers carry their job with them wherever they go, sometimes physically, usually mentally, often emotionally. Most teachers have take-home paperwork...themes, assignments, or tests to grade, but they also bring home the mental and emotional quandaries which they deal with every day in the classroom. While fixing dinner a teacher may think about how to reach the hard to educate child in their classroom. While watching TV a teacher might worry about the child living with a dangerous home life. Most teachers don't leave the classroom when they go home at night.

CONGRESS SHALL MAKE NO LAW...

"His freedom guarantees mine": J. K. Rowling at the 2016 PEN Literary Gala

Silencing those we disagree with doesn't help anyone.

"Congress shall make no law respecting an establishment of religion, or prohibiting the free exercise thereof; or abridging the freedom of speech..."

That freedom is not available all over the world. In Bangladesh, for example, freedom of speech can be severely punished. In the last few years more than a dozen bloggers – citizen journalists celebrating their own free speech – were murdered because of what they wrote. Self proclaimed "speech police" determined that their words were worthy of a death sentence. The government has tried, weakly, to stop the murders, however, they can't seem to prevent them. They have even stooped so low as to blame the writers for their own death.

PEN America is a group dedicated to the view that "people everywhere have the freedom to create literature, to convey information and ideas, to express their views, and to make it possible for everyone to access the views, ideas, and literatures of others." This year they honored, among others, British writer J.K. Rowling.

His freedom to speak protects my freedom to call him a bigot. His freedom guarantees mine. Unless we take that absolute position without caveats or apologies, we have set foot upon a road with only one destination. If my offended feelings can justify a travel ban on Donald Trump, I have no moral ground on which to argue that those offended by feminism or the fight for transgender rights or universal suffrage should not oppress campaigners for those causes. If you seek the removal of freedoms from an opponent simply on the grounds that they have offended you, you have crossed the line to stand alongside tyrants who imprison, torture, and kill on exactly the same justification.