Amateur Hour in the Cabinet

Update: An earlier version of this post mistakenly stated that Luke Messer was an Indiana state legislator. He is, in fact, the U.S. Representative for Indiana's 6th district.


~~~
Has there ever been an Attorney General who didn't have a law degree?

Have we ever had a Surgeon General who wasn't a medical professional?

Why has one administration after another installed non-educators – amateurs – as their Secretary of Education?

Since Jimmy Carter first appointed Judge Shirley Hufstedler in 1979 most subsequent Secretaries of Education had never seen the inside of a K-12 classroom since their childhoods. An educator as the Secretary of Education has been the exception instead of the rule.

How is it justified? One example is Margaret Spellings (B.A. Political Science, Univ. of Houston), Secretary under George W. Bush. She claimed that she was qualified for the position because she was a mom. [Apparently North Carolina thinks that is a good enough qualification and has made her head of the University of North Carolina system.] It's the same mentality that presumes that "anyone can be a teacher" – the same mentality that has perpetrated the low status, poor pay and working conditions, and disrespect of the teaching profession for decades.

President-elect Trump is promising to continue this unfortunate tradition. 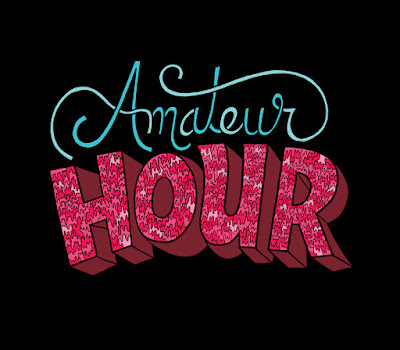 A BASKET OF AMATEURS

The people who have been rumored as candidates for the position of Secretary of Education in the new administration have all been not only unqualified, but every one of them is a "reformer". Anyone of them would be, as the President-elect of Superlatives would say, "a total disaster."

We began with Ben Carson. The fact that he's not an educator and has never been an educator isn't enough to reject him any more than it has been for any other President. However, in a moment of uncharacteristic clarity, Dr. Carson recognized his own lack of credentials for the job and removed himself from consideration. The parade of educationally challenged candidates for the most important education position in the country followed.

There's Williamson Evers, a Libertarian turned Republican, and an "education expert" at the Hoover Institution. He has a B.A., M.A., and Ph.D. in political science. His only experience in public education is as a political activist working against public education.

The name of Tony Bennett was mentioned, probably on a recommendation from VP-elect Pence. Bennett is an authentic educator, trained at an actual university's education school, and former head of the Education Departments in Indiana and Florida. He doesn't, however, care much about public education, preferring to get campaign contributions from private and charter school operators. Of all the candidates mentioned, Tony Bennett is, at least on paper, qualified to do the job. However, his history of incompetence and alleged criminal activity during his tenure as Indiana Superintendent of Public Instruction would should disqualify him.

Luke Messer, is an Indiana congressman, who sits on the Education committee in the U.S. House. Messer formed the Congressional School Choice Caucus and has supported measures to allow federal funds to be used for "choice." Messer is an attorney, not an educator.

Following in quick succession, we heard that Trump was considering...
Two of the previous eight candidates have actual public school teaching experience (Bennett and Rhee), and only one (Bennett) has a degree in education, but all eight of them are advocates for school privatization under the guise of "choice." 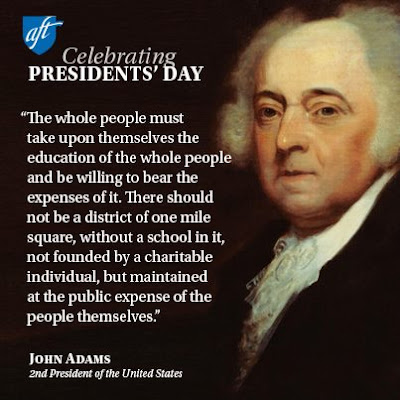 The latest threat for the position is Jerry Falwell Jr.

Before we talk about him, I just want to mention that his father, Jerry Falwell, founder of Liberty University and blamer of terrorism on abortionists, feminists and gays, once said of public schools,


I hope I live to see the day when, as in the early days of our country, we won't have any public schools. The churches will have taken them over again and Christians will be running them. What a happy day that will be!

Contrast that with Founding Father John Adams who said,


The whole people must take upon themselves the education of the whole people and be willing to bear the expenses of it. There should not be a district of one mile square, without a school in it, not founded by a charitable individual, but maintained at the public expense of the people themselves. 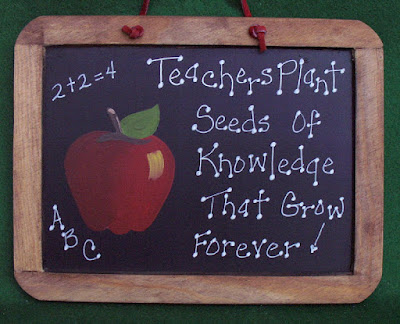 So, Jerry Falwell Jr. is the latest rumored candidate for the Secretary of Education. He, like most of the others has no experience in K-12 education, except as a student, but even that was not in public schools. Falwell Jr. went to parochial schools, then attended his father's Liberty University where he earned a B.A. in Religious Studies. He then went to law school at the University of Virginia.


Those “passions” include teaching creationism instead of evolution, teaching that being gay is a sin, promoting the idea of taxpayer money funding religious schools via school vouchers and repealing the Johnson Amendment so that tax-exempt universities such as his, alongside houses of worship, can endorse political candidates.

...So it comes as no surprise that Trump, who bases a lot of his decisions on who’s blindly loyal to him, is likely to make Falwell Jr. a part of his administration. However, it should worry anyone who cares about the future of our public school system.

Falwell and his gang have a plan for public schools: If they can’t turn them into fundamentalist Christian academies, they’d like to drain their funding away and move to a voucher system of taxpayer-funded private schools, most of them religious in nature.

Placing Falwell, or for that matter, any of the above candidates, in the office of Secretary of Education, would be a direct attack on public schools, and public school children.