What DeVos Could Learn from 'The Book Lady'

Billionaire Betsy DeVos, the President-elect's nominee for US Secretary of Education, has a lot to learn about education, and she could learn some of it from another rich woman who has donated some of her millions to actually helping children.

DeVos, whose family is worth more than $5 billion, is a product of private schools and the advantages of money. She went to a private high school in Holland, Michigan, and attended Calvin College in Grand Rapids, Michigan, where she earned a bachelor's degree in business administration and political science.

It's in the area of education that her activities have been damaging and reflect her privileged background. She has funded and worked steadily for the privatization of public education. 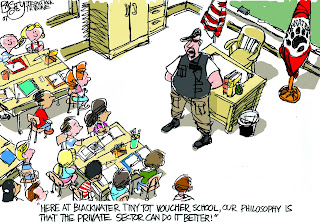 'The Book Lady' grew up "dirt poor," never went to college, and made her millions in the entertainment industry. Unlike DeVos, she has invested her money, time, and energy into improving the literacy of America's (and other) children one book at a time.

'The Book Lady' grew up in a one room cabin in eastern Tennessee. Her father, a farmer and construction worker, paid the doctor who delivered her for his services with a bag of oatmeal. At seven, she started playing a homemade guitar...and by the time she was twenty-five, she had begun her successful and award-winning career. Since then she has accumulated more than two dozen gold and platinum singles and albums in the US, Canada, and the UK, as well as
'The Book Lady' is famed singer, actress, and philanthropist, Dolly Rebecca Parton.

Dolly Parton, whose net worth, about $500 million, is about 1/10th that of the DeVos family, has given some of her millions to help the American Red Cross, HIV/AIDS-related charities, efforts to preserve the bald eagle, and a proposed $90-million hospital and cancer center to be constructed in Sevierville in her home county of Sevier in Tennessee.

But she earned the title 'The Book Lady' when she started the Imagination Library.

In 1995, Parton began her involvement with literacy by sending an "age-appropriate" book every month of their first five years to every child born in Sevier County, Tennessee. The Imagination Library has grown since then...


Today, children across the United States, Canada, Australia, England, Scotland, Northern Ireland and Belize have received tens of millions of books, and the program continues to expand. By November, Imagination Library will be distributing more than 1 million books each month to children. And next year, Parton’s Imagination Library will have distributed a total of more than 100 million books.

She founded the Imagination Library, raising money for the program through her companies and charity concerts, to fulfill a promise to her father.


Literacy is a very personal issue for Parton: her father, Robert, never learned to read, and he implored her to use her star power and resources to help ensure his fate was not repeated in others. “I started my Imagination Library in honor of my dad,” she says. “He didn’t get to live long enough to see it do well, but it’s a wonderful program that I take a lot of pride in."

She should take pride in it...


The Imagination Library was a quick success, and pre-school teachers in Tennessee cited its impact on young children’s love of books...Repeated studies by the foundation have shown that Parton’s efforts are helping to improve children’s vocabularies and early-school readiness.

Instead of using her money to support the destruction of public schools, Parton has developed a program which directly benefits every child who participates. Instead of working to prevent accountability measures for private and charter schools, Parton has worked to help students learn to read, and learn to love reading.

DeVos could learn a lot about education from 'The Book Lady." 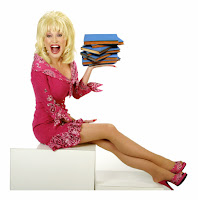