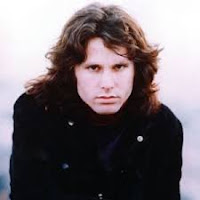 On this date in 1943 door opened...Jim Morrison was born in Melbourne, Florida.

Morrison is best known as the driving force behind The Doors.


There are things known and things unknown and in between are the doors.

Morrison graduated from UCLA with a degree in Film, but only stayed in college till graduation to avoid the draft and real-life work (1965). After college he formed the Doors.

Morrison was well known for his violent temper and eventually quit The Doors and moved to Paris, where he died at the age of 27.


This is the strangest life I've ever known.

On this date in 1980 a door closed...John Lennon was shot in New York.

John Lennon was arguably one of the most important musical figures of the last century. He was a prolific composer, writing or co-writing more than 300 pieces of music with people like Paul McCartney, Harry Nilsson, and David Bowie.


Life is what happens to you while you're busy making other plans.

At around 11 PM on December 8, 1980, Lennon and Yoko Ono were entering their apartment. Mark David Chapman shot Lennon (not long after getting his autograph) four times. Lennon died on the way to the hospital.


Love is like a precious plant. You can’t just accept it and leave it in the cupboard or just think it’s going to get on by itself. You’ve got to keep on watering it. You’ve got to really look after it and nurture it.

Imagine ranked number 30 on the Recording Industry Association of America's list of the 365 Songs of the Century bearing the most historical significance. It earned a Grammy Hall of Fame Award and an induction into the Rock and Roll Hall of Fame's 500 Songs that Shaped Rock and Roll.
John Lennon on Biography.Com

In My Life: Words and Music by John Lennon