The Common Knowledge is Wrong

Here in Indiana we're used to blaming Republicans for the "reformist" changes to public education – changes which are ongoing! Changes which are the not-so-new status quo.

It is the Republicans who, over the last decade, have authored and expanded the voucher and charter programs which divert funds from public schools to private pockets. It is the Republicans who still push to continue the test and punish policies of the Bush II and Obama administrations. It is the Republicans who worked hard to deprofessionalize the teaching profession by reducing collective bargaining options, evaluating teachers using student test scores, allowing off-the-street college grads to start teaching with no pedagogical training, and eliminating the option to pay higher salaries to teachers with more experience and training (In what other profession is experience a detriment to salary increases?).

Lest we forget, however, the Democrats nationwide have not necessarily been friends to public education. Arne Duncan did his best to coerce states into expanding charter schools while no research existed to suggest any advantage. He was not above threatening states who didn't accept the Common Core, expand charters, or continue test and punish policies.

So, nationally, the "reforms" have come from bipartisan sources. Sometimes Republicans. Sometimes Democrats. What is it about public education that makes it a target of political tampering, obstruction, and destruction? The answer is power...and most importantly, money.

Control over public education is, by definition, political. Public education is funded with public money which needs public oversight – a political activity. There is also the lure of billions of dollars of taxpayer money spent on public education every year. Privatizers of all political stripes want to get their hands on that money and they are using political means to get it. One important way has been to promote the myth that America's public education system is "broken" and schools are "failing." 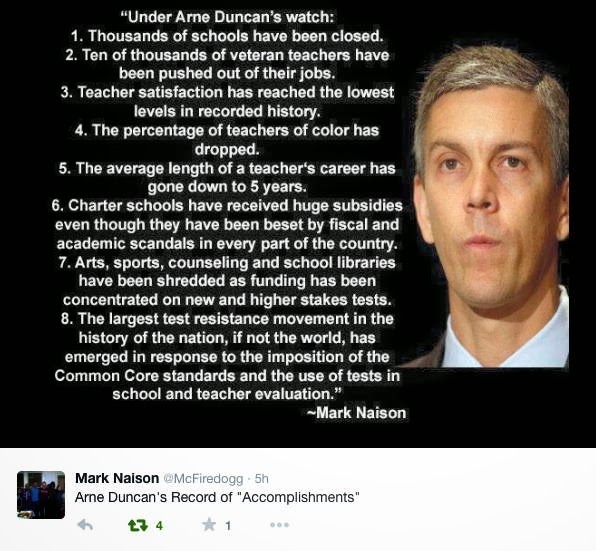 From noon on February 6th to noon on February 7th the Democrats in the U.S. Senate staged a "talkathon" against the nomination of Betsy DeVos for Secretary of Education – with the occasional interruption by a Republican Senator to speak in her favor. The event was, of course, unsuccessful, and we're now faced with the least prepared U.S. Secretary of Education since the department was created in 1980, and possibly since the creation of the Office of Education in 1867.

I listened to the "talkathon" for several hours on February 6th, and I heard Democrats decrying the inexperience, conflicts of interest, and general unpreparedness of DeVos...along with lofty and passionate calls to unite to save our public schools.

I agreed with most of what they said, but there were some who used the same arguments from the Bush/Cheney and Duncan/Obama privatization agenda. It isn't clear from their speeches (Full Disclosure: I have not listened to or read all of them) whether they are against closing schools and replacing them with charters or not. Still, there were examples of disinformation which perpetuated the myth of "failing" schools.

One example came from Colorado Senator Michael F. Bennet who quoted these statistics...


As a nation, we are falling behind the rest of the world...American 15-year-olds score lower than their peers in 14 countries in reading, 36 countries in math, and 18 in science.

Those who have studied the PISA scores, which is the "score" he is referring to, should understand that it's America's greater number of students who live in poverty that has skewed our international scores lower than those of other OECD nations.

This isn't anything new, by the way, so we're not "falling behind." American students' test scores have always been middling, since the international tests were begun in the 1960s.

The U.S. child poverty rate of over 20% compares unfavorably to most other advanced nations in the world (Finland, for example, has a child poverty rate of 5%). The fact that children in poverty don't achieve as high as their wealthier peers puts the U.S. at a disadvantage when comparing test scores. Our average test scores are lower because within that average is a larger number of scores from students who live in poverty.

Steven Krashen explains [with my emphasis]...

The secretary of education's first priority


Research consistently confirms that low academic achievement is the result of poverty. In some urban areas, the child poverty level is 80% (the national average is an unacceptable 21%; in high-scoring Finland it is 5%).

When researchers control for the effect of poverty, American students' performance on international tests is near the top of the world. This shows that low achievement is not due to poor teaching, low standards, or unions. The major cause is poverty.

Poverty means food deprivation, insufficient medical care, and little access to reading material; each of these has a strong negative impact on school performance. The best teaching in the world will not help if children are hungry, ill, and have nothing to read.

Krashen kindly cites research for his statements – See here. Check out his blog for dozens of other posts with similar conclusions and loads of research citations.

The test scores of our wealthier students show that American schools are not failing and that high rates of child poverty are causing our scores to be unremarkable. Of course there are some teachers, administrators, and schools who could do a better job of reaching their students, but on the whole, our schools do well. However, politicians, including Democrats, have a hard time assuming their share of the responsibility for the shamefully high child poverty in our nation. It's easier to talk about "failing" schools and "bad" teachers...it's easier to blame the teachers unions and even college teacher preparation programs...than to face the fact that our lowest performing schools are often under-resourced and under-supported. It's easier to blame schools and teachers than share any responsibility for schools filled with our most economically challenged children who come to school with significant disadvantages.

THE COMMON KNOWLEDGE IS WRONG

Senator Bennet is not the only one, of course, and it's even possible that his reference to test scores was only to make a political point and he actually understands that poverty plays a significant role in student achievement. But his quote reinforces the idea that American schools are "failing." It's common knowledge.

Well, the common knowledge is wrong.

Steven Singer, blogger at gadflyonthewallblog, recently posted an article about this subject (I used a quote from his article in a previous post) which also ran on the Huffington Post.


Let me repeat that in no uncertain terms – America’s public schools are NOT failing. They are among the best in the world. Really!

Here’s why: the United States educates everyone. Most other countries do not.

That can’t be said of many countries with which we’re often compared – especially countries comparable to the U.S. in size or diversity. So from the get-go, we have an advantage over most of the world.

We define education differently. Though our laws are woefully backward, in practice we look at it as a right, not a privilege. And for a full 13 years (counting kindergarten) it’s a right for every child, not just some.

But that’s not all! We also provide some of the highest quality education you can get in the world! We teach more, help more, achieve more and yet we are criticized more than any system in any country in the world.

Instead of blaming schools for societal problems...instead of privatizing...we ought to spend our time, energy, and resources on improving the schools we have. All of us, politicians included, should accept responsibility for the national shame that is our high child poverty rate. 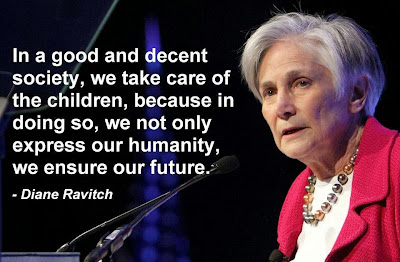 The challenge that faces us is to teach our fellow citizens the truth. The truth is that our schools have not failed, our teachers are not incompetent, teachers unions are not responsible for low achievement, and test scores should not define the success or failure of a child or a school.

With the confirmation of Betsy DeVos as U.S. Secretary of Education, that challenge just got a lot harder.