Lead Poisoning for Profit, Bigotry in America, Reading Aloud,
Government by Those Who Hate Government

According to the Centers for Disease Control, "No safe blood lead level in children has been identified."

There are still millions of children in the U.S. who are exposed to lead every day. Flint, Michigan is the best known example of lead poisoning on a massive scale. After 3 years the water situation is starting to get better for Flint...but lead poisoning is non-reversible. How many lives have been damaged permanently?


The situation in Flint is still difficult. Today, residents still use lead filters and bottled water for safety, and they still pay bills for water that they can’t use and for health problems that were the result of the crisis. But the $87 million settlement reached between residents and the city of Flint mandating pipe replacement has already begun to bring new water infrastructure into some parts of the city. All of Flint’s 18,000 damaged pipes are set to be replaced by 2020, and that replacement has already started.

“2020 sounds like a long time, but there’s only two other cities in America that have entirely replaced their lead pipes: Lansing, Michigan, and Madison, Wisconsin. “They both did it over a decade,” Hanna-Attisha says. “So mandating it over three years is actually unprecedented.”

Now that the lead poisoned children of Flint need it the most, the state is balking at providing extra funds for special education services. Meanwhile, DeVos sells boxed water...


How can a state that poisoned its children with leaded water, now put roadblocks in their way to get the special education services they need to improve their lives?

Why didn't the current occupant of the Oval Office come out against bigotry as strong as Joe Biden?


Today we have an American president who has publicly proclaimed a moral equivalency between neo-Nazis and Klansmen and those who would oppose their venom and hate.

We have an American president who has emboldened white supremacists with messages of comfort and support.

This is a moment for this nation to declare what the president can’t with any clarity, consistency, or conviction: There is no place for these hate groups in America. Hatred of blacks, Jews, immigrants—all who are seen as “the other”—won’t be accepted or tolerated or given safe harbor anywhere in this nation.

Read-Aloud to Your Kids! Great Advice to Parents from Author Russ Walsh on Reading to Your Children Throughout the School Year

Read aloud to your children from birth.


The beginning of a school year is a good time to take an inventory of at-home practices that parents can institute to support their children’s learning. One of the most important things that all parents should do is read aloud to their children regularly. Some teachers ask parents to make read aloud a regular part of the homework routine, but whether required by the teacher or not, the research has made it clear that read aloud is a critical home-based activity. 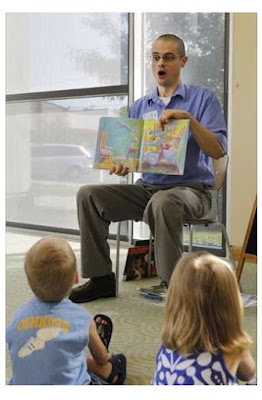 Chapter One: Why read aloud?


We start by looking at the recommendation of the 1983 Commission on Reading, funded by the U. S. Department of Education, which was alarmed by school scores. Since nearly everything in the curriculum rested upon reading, the consensus was that reading was at the heart of either the problem or the solution.

The commission spent two years poring through thousands of research projects conducted in the previous quarter century, and in 1985 issued its report, Becoming a Nation of Readers. Among its primary findings, two simple declarations rang loud and clear:


GOVERNMENT BY THOSE WHO HATE THE GOVERNMENT


...you can’t support the things the government does – like caring for the elderly, establishing justice, providing public education, fighting terrorism, and protecting the environment – and still maintain that the taxes that support those things are bad.

The first responders who invariably become the heroes of any natural or human-caused disaster, are paid by taxes. Relief efforts to provide shelter, food, and medical care to displaced citizens are paid for by taxes. Support for rebuilding destroyed cities is paid for by taxes.

Schools, roads, bridges, dams and reservoirs, water systems, and waste disposal facilities, and their upkeep, are paid for by taxes.

Military defense is paid for by taxes.

As a portion of the nation's GDP, taxes in the U.S. are among the lowest in the developed world. 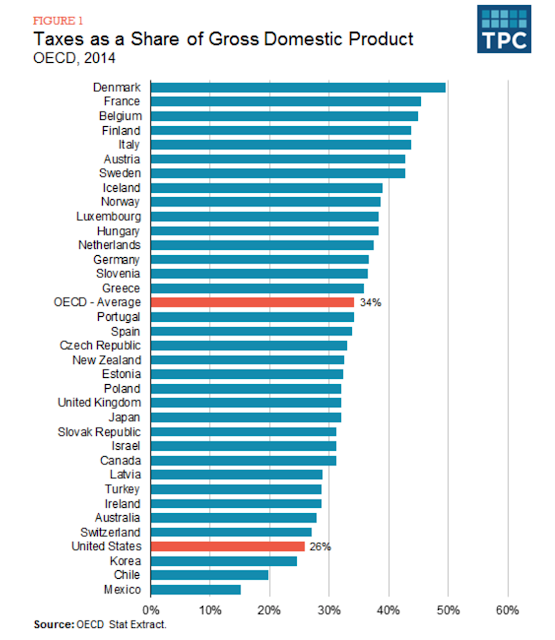 
As has become typical of the current kakistocracy, Donald Trump toured areas near the worst-hit region of Texas by Hurricane Harvey and praised the very agencies his proposed budget has tried to cut funds for, including FEMA, HUD and the National Weather Service.

In case you need the definition of "kakistocracy" from the previous article.


A kakistocracy (English pronunciation: /kækɪsˈtɑkɹəsi/) is a system of government which is run by the worst, least qualified, or most unscrupulous citizens. The word was coined as early as the 17th century. It was also used by English author Thomas Love Peacock in 1829, but gained significant usage in the 21st century.

Etymology
The word comes from the Greek words kakistos (κάκιστος; worst) and kratos (κράτος; rule), with a literal meaning of government by the worst people.[4] Despite its Greek roots, the word was first used in English, but has been adapted into other languages. Its Greek equivalent is kakistokratia (κακιστοκρατία), Spanish kakistocracia, French kakistocracie, and Russian kakistokratiya (какистократия). 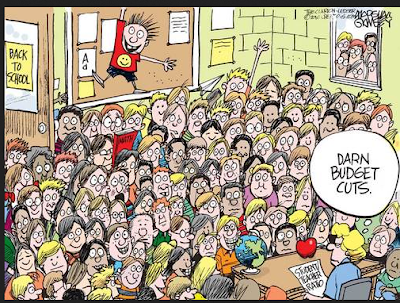