Please. Education is not a horserace.

We Americans are selfish and self-centered. Peter Greene's tweet about DACA elsewhere in this post expresses it well...as does this quote from Jim Wright in his Stonekettle Station post, Ship of Fools, where he says,


“F*** you, I got mine” is a lousy ideology to build civilization on.

PZ Myers, a curmudgeonly biology professor/blogger from Minnesota, discusses education...and how it should NOT divide winners and losers. Education he says, is a process by which everyone should gain knowledge.

When we make education a competition, we resign some students to the "loser" category. What would be better for the long-term health of our society...to have a large group of "losers" trying to survive under the heel of the winners? or a society where everyone is educated with greater knowledge, where everyone grows up a winner?


The mistake is to think of education as a game where there are winners and losers rather than an experience in which we try to make sure every single student comes out at the end with more knowledge. It’s not a competition. 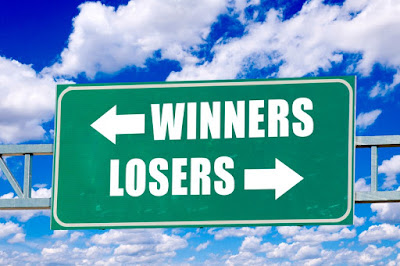 Where have all the teachers gone?

The so-called "education reform" movement has been successful at making the teaching profession unattractive. We are losing teachers at an alarming rate, and some schools are forced to fill classrooms with unqualified adults. Schools with more resources can afford to hire actual teachers, and schools with fewer resources - commonly those schools which serve low-income, high-minority populations - end up staffing classrooms with untrained teachers.

In order to overcome the shortage (as well as strike a blow against teachers unions) states, like Indiana, are adding pathways to teaching so unqualified adults can get into the classroom quicker.

What kind of future are we building for ourselves?

From Linda Darling-Hammond in The Answer Sheet


...even with intensive recruiting both in and outside of the country, more than 100,000 classrooms are being staffed this year by instructors who are unqualified for their jobs. These classrooms are disproportionately in low-income, high-minority schools, although in some key subjects, every kind of district has been hit. This is a serious problem for the children they serve and for the country as a whole. 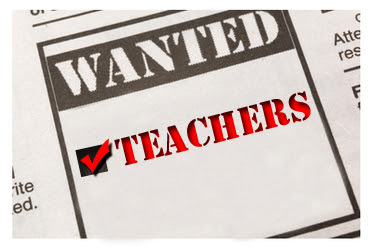 
[Betsy DeVos] is the first Secretary of Education in our history, who is actively hostile to public education. We've never had this before. 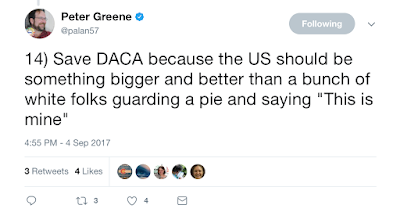 Humanity's past is littered with wars, murders, assassinations, conquests, and other horrible events caused by our narrow, selfish, racist, and tribal, impulses. If we want to survive into the next century, we'll need to overcome those baser characteristics of our species...and learn to accept that we are one, diverse, human race.


Hannah-Jones concludes: “What the Gardendale case demonstrates with unusual clarity is that changes in the law have not changed the hearts of many white Americans.” These articles—Felton’s and Hannah-Jones’—are worth reading together. They are a sobering update on America’s long struggle with racism and the unresolved and very current issue of school segregation which is always accompanied by educational inequity. Quality education is supposed to be a right for all of our children, but we are a long way from having achieved justice.

A personal relationship with another human being is an important part of "personalized" learning.


While the focus appears to be on transforming teaching into digital competency-based instruction, or personalized learning, real human teachers are what make learning for every child personalized. That title was stolen from them.


We cheerfully spend billions on unvalidated tests and untested technology, yet we ignore the impressive research on libraries and librarians, and are unwilling to make the modest investments that will ensure that school libraries are well supplied with books and are staffed with credentialed librarians.

A Confederacy of Dunces

That is a concept which Americans would do well to learn. We are living at a time where people are proud of their ignorance.


There’s a saying to the effect that the only foes that truly threaten America are the enemies at home: ignorance, superstition and incompetence. Trump is the trifecta. 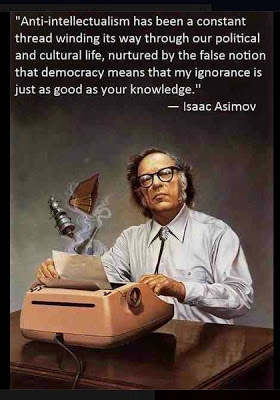