ISTA: Lying Down With Dogs

LYING DOWN WITH DOGS

The Indiana State Teachers Association is joining with Stand for Children. Why would ISTA join with an ed-reform group?

In case you don't know, Stand for Children is a pro-ed-reform group deeply involved with the privatization of Indianapolis Public Schools (IPS).


With the arrival of Oregon-based Stand For Children, Indianapolis school board elections started to take on a decidedly different tenor. Until 2010, a few thousand dollars was all that was needed to win a seat. That all changed when Stand For Children, an education reform 501(c)(4), started pouring tens of thousands of dollars into the 2012 elections. Stand’s tax return that year reported that the election of three Indianapolis school board members was a top accomplishment for the organization.

The result of this is that Indianapolis has seen school closures and disruptions led by the district superintendent...appointed by the school board purchased by Stand for Children.


Stand for Children also spent $473,172 lobbying Indiana lawmakers on Public Law 1321, which was passed in 2014. Public Law 1321 was based on a 2013 model policy drafted by the American Legislative Exchange Council (ALEC), the Koch-funded member organization of corporate lobbyists and conservative state legislators who craft “model legislation” on issues important to them and then help shepherd it through legislatures. Public Law 1321 allows Indianapolis and other districts across the state to create Innovation Network Schools — schools that are overseen by the school district but managed by private operators. These include privately operated charter schools that gain instant access to existing public buildings and resources.

IPS opened the first Innovation Network school in 2015. Fast-forward to 2018, and the district website lists 20 Innovation Schools in total. The Mind Trust has “incubated” and helped IPS open many of those Innovation Schools, including Daniels’s Purdue Polytechnic High School, with seven more schools in the pipeline.

Groups like Stand for Children are part of the Global Education Reform Movement (GERM) which has caused much of the academic and economic turmoil in our public schools for the last several decades. Why does ISTA, representing Indiana's public school teachers, want to join with them?

My guess is that any increase in education funding supported by groups like Stand for Children will be tossed down the voucher/charter sinkhole!

IPS is being privatized. Stand for Children is helping.

Then, contact your ISTA officers and representatives for a more complete explanation, and a change in policy. 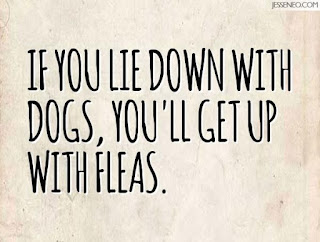