Critical Thinking in the Post-Truth World 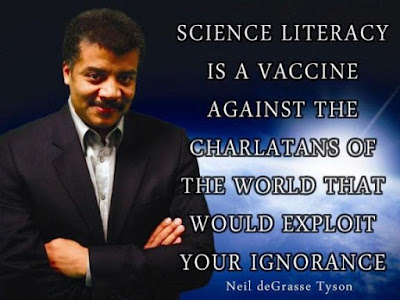 In 2012 Donald Trump claimed that climate change was a Chinese hoax.


The concept of global warming was created by and for the Chinese in order to make U.S. manufacturing non-competitive.
— Donald J. Trump (@realDonaldTrump) November 6, 2012

Once he took office, the Trump administration began to dismantle science-based policy in the US.

The Trump Administration Has Attacked Science 100 Times ... and Counting


The Trump administration’s unprecedented record on science will harm people across the country, especially the most disenfranchised. While the sheer number of attacks on science is shocking, what a lack of science-informed policy means for our country is even more shocking. The administration’s rollback of protections from exposure to dangerous chemicals means that more people will become ill, develop chronic diseases or die from encountering these hazardous substances.

Science Under Attack: How Trump is Sidelining Researchers and Their Work


Political appointees have shut down government studies, reduced the influence of scientists over regulatory decisions and in some cases pressured researchers not to speak publicly. The administration has particularly challenged scientific findings related to the environment and public health opposed by industries such as oil drilling and coal mining. It has also impeded research around human-caused climate change, which President Trump has dismissed despite a global scientific consensus.

But the erosion of science reaches well beyond the environment and climate: In San Francisco, a study of the effects of chemicals on pregnant women has stalled after federal funding abruptly ended. In Washington, D.C., a scientific committee that provided expertise in defending against invasive insects has been disbanded. In Kansas City, Mo., the hasty relocation of two agricultural agencies that fund crop science and study the economics of farming has led to an exodus of employees and delayed hundreds of millions of dollars in research. 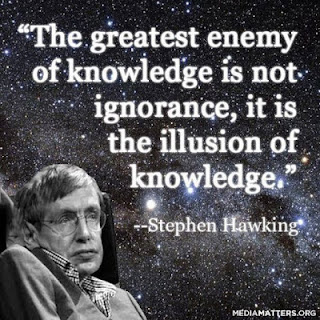 The Trump administration is following in the footsteps of the Texas school board member who (talking about science standards for schools) claimed that someone has to "stand up to experts" who are using science to develop policy.

The constant anti-science drumbeat that comes from Washington has led a large number of Americans (mostly supporters of the President) to become distrustful of experts, medical experts in the case of the current pandemic. This has led to an increased number of coronavirus skeptics and deniers.

Some skepticism comes from ignorance based on racism fueled by political rhetoric, like the county official in Kansas who claimed that the coronavirus wasn't a problem for them because they don't have any Chinese people living nearby.

For others, it's the almighty market. They want to protect Wall Street by canceling all the shelter-at-home orders and get the economy rolling again. Just ignore that COVID-19 death behind the curtain.

In a recent interview, Naomi Oreskes, a professor of the history of science at Harvard, explained why some experts are believed and some are not. It turns out that, Simon and Garfunkel were right. "...a man hears what he wants to hear and disregards the rest."


People trust their dentists. People trust their car mechanics. In general, people use experts all the time, and most of us don’t spend a lot of time second-guessing experts on most issues. There are some definite exceptions to that...the big exception has to do with what I’ve written about, which is implicatory denial. That is to say, we reject scientific findings because we don’t like their implications.

HAVE WE LOST THE ABILITY TO JUDGE WHAT IS TRUE AND WHAT IS NOT?

When you have an established, scientific, emergent truth, it is true whether or not you believe in it, and the sooner you understand that, the faster we can get on with the political conversations about how to solve the problems that face us.

Americans are having trouble with the truth. The truth comes from sources we trust, and for many, the only source worthy of trust is their own ideological bubble. America's education system is left with the task of teaching students how to identify truth and how to recognize propaganda and hyperbole. In that way, perhaps, we might move on from a "post-truth world" to a world where experience and expertise are valued, and where there is a common basis for truth.

There are teachers in America's public schools who are teaching children to identify propaganda and learn to identify the truth. In the following video (go to 19:50) we see a teacher helping middle school children learn to identify misleading information. The teacher, Melissa Lau, who was trained by the National Center for Science Education, believes that her job is to help the students learn to "navigate" the world of online information. The narrator is shocked that children in sixth grade are having to learn how to decipher misinformation and recognize fake experts, logical fallacies, cherry-picking, and conspiracy theories. What is shocking is that many Americans regularly fall for these techniques when they read the news and otherwise gather information.


"It's a survival skill in this day and age."
One thing is clear. Purveyors of misinformation will keep on doing what they're doing as long as they are profiting -- economically or socially -- by it. It's our job as educators to help students understand misleading content and sift through the massive amounts of information coming at them and learn to be critical readers and thinkers. Students need to understand how to identify propaganda, recognize "spin," and learn how to find truth in a "post-truth" world.

Maybe if we are successful some of it will rub off on their parents.