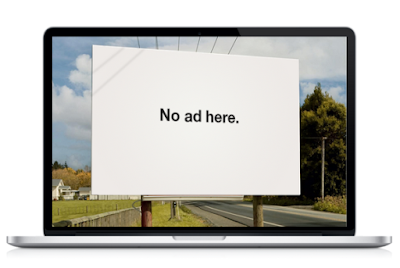 As of this writing (11 AM ET, Nov 4, 2020), the 2020 election is not completely over. Ballots are still being counted in the swing states of Michigan, Wisconsin, Pennsylvania, North Carolina, and Georgia. The Democrats have likely flipped two Senate seats (Colorado and Arizona), but lost one (Alabama). Other Republican Senate races are not called but are likely to remain the same. So with a net gain of one seat, the Senate will remain under the control of Mitch McConnell.

The Racist Genie is Out of the Bottle (again)

This post by Russ Walsh was originally published on November 11, 2016. Even if Joe Biden eventually gains enough electoral votes to become president, the rise of white supremacy during the last four years is not likely to disappear quickly.

Read the whole post. Not much has changed since 2016.


This morning the New York Times published an editorial asking that the President-elect directly and immediately denounce the hate and let his supporters know that this targeting behavior is not OK. But once you let the hate genie out of the bottle, it is devilishly difficult to put it back in. Racism, xenophobia, and misogyny are never far from the surface in this country and when these baser instincts of humans seem to have the imprimatur of the leader of the country, it may take a lifetime to tame them.

As teachers, we need to be on guard and vigilant. We must re-double our efforts to make sure the classroom, the hallways, the cafeteria, the locker room, the campus are safe for all people, including Trump supporters, who will almost certainly be the targets of backlash as well.

In 1992, Rodney King, the African-American victim of a brutal police beating in Los Angeles asked, “Can we all get along?” Apparently not, Rodney. Not yet, anyway. There is still a lot of work to be done.

EARLY CHILDHOOD EDUCATION IN THE TIME OF COVID-19

Play is children's work and it is the way in which children learn, make sense of the world, and acclimate themselves to their culture. Online instruction can't reproduce the benefits of play.


Online learning is a relatively new phenomenon, and drilling five-year-olds, making them sit and face screens for long periods, can’t be good for them or instill a love for learning.

Most childhood specialists are not excited about online learning, and they discourage formal reading instruction in kindergarten. They disapproved of this push before Covid-19, so why would they like it now?

The benefit of online connection for kindergarteners is being linked to a kindergarten teacher and other children, to feel some semblance of a kindergarten class during a lonely time. Teachers who demonstrate love and kindness, introducing children to exciting and funny information they will find memorable, create the best foundation. 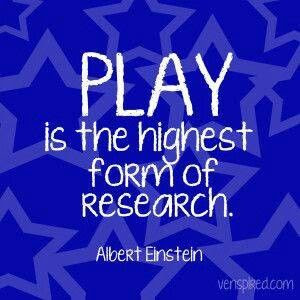 The pandemic has given privatizers permission to defund public education. Sometimes the money diverted from public schools ends up in the hands of charlatans.


Back in May, as Oklahoma state leaders sent traditional public schools contradictory messages on online, hybrid, and in-person learning during the fall semester, families flocked to Epic as an alternative. Now, Epic has about twice as many students as the Oklahoma City Public School System.

This shift amounts to a massive drain on traditional public schools, which receive funding based on student numbers, as they face the increased costs of adhering to health and safety guidelines.

Epic, while currently experiencing a surge in enrollment, has been mired in controversy since 2013, when it first came under scrutiny for financial irregularities by the Oklahoma State Bureau of Investigation, the state’s education board, and the legislature. Throughout the investigation, Epic refused to cooperate, and used expensive lobbying and advertising campaigns to delay the process.

Much of the Epic scandal was predictable, as Oklahoma funded a for-profit charter without creating an accountability system with the power to oversee its financial practices or education outcomes.

Kids in poor, urban schools learn just as much as others

Test scores of children in high poverty schools are generally lower than those of wealthier children. However, the scores are more a reflection of what happens outside of school.

"Martin Luther King Jr. said, ...we are likely to find that the problems of housing and education, instead of preceding the elimination of poverty, will themselves be affected if poverty is first abolished."


Instead of being “engines of inequality” – as some have argued – this new research suggests schools are neutral or even slightly compensate for inequality elsewhere.

“But when they go to school they stop losing ground. That doesn’t agree with the traditional story about how schools supposedly add to inequality,” he said.

“We are probably better off putting more energy toward addressing the larger social inequalities that are producing these large gaps in learning before kids even enter school.”

“As it stands, schools mostly prevent inequality from increasing while children are in school,” he said.

“With more investments, it may be possible to create schools that play a more active role in reducing inequality.”

SCHOOL "CHOICE" IS NO CHOICE

Two posts by Peter Greene (Curmudgucation) on how school choice is being used to discriminate, and who really benefits from school "choice."

School Choice Is Not For Those People


The message to LGBTQ students could not be clearer--"we don't want your kind here."

And if that wasn't clear enough, Alabama has been making it clearer. Back in January, an application from Birmingham AIDS Outreach to open up an LGBTQ charter school was turned down by the Birmingham school board. Alabama has a Public [sic] Charter School Commission that stands ready to overrule local school boards in case the charter is turned down, but the board has now shot down Magic City Acceptance Academy twice--first last May, and again just last week. Last week four of the eight board members abstained, three voted in favor of the school, and one against, which adds up to no.

So school choice is only for some students, and those decisions are not going to be made by elected officials are answerable to the public, nor are choice schools going to be bound by the same rules that operate in the public school world.


With no collective or empowered group to stand against them, privatizers get that much closer to living in the land of Do As They Please. It's not better for students, for families, for education, for the country; it's better for them.

This is a unifying them for the "democracy is not the point--liberty is" crowd-- collectivism is bad. Well, bad in the sense that in order to be part of a collective, like a team or a board or a democracy or a functioning society, you have to give up some of your individual liberty. But the rich and powerful have accumulated a huge amount of liberty for themselves, and they would like to give up as little as possible. A publicly owned and operated school system is just one more obstacle to their perfect liberty state. Disempowering all the Lessers just helps them get closer to that fabled state.

Once you accept tax money you should follow the laws made on behalf of the taxpayers. Firing someone because of who they are is not allowed in this country.


...discrimination against teachers is just the tip of this intolerance iceberg. Dozens of publicly funded voucher schools in Florida have policies that blatantly discriminate against LGBTQ students and families.

Many schools spelled them out in writing on their websites — until the Orlando Sentinel started reporting on them. Then, some of these faith-based schools started scrubbing their sites. Few came out to say they were no longer discriminating; they just wanted to erase the evidence.

All told, the Sentinel found more than 80 schools with blatant, written policies — against students and their parents. 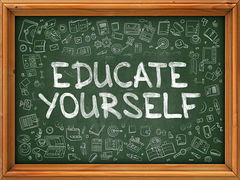