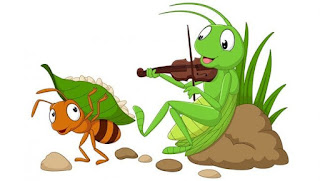 In Aesop's tale of the ant and the grasshopper, the busy ant made preparations for the coming winter, while the flighty grasshopper played away the summer. When winter came, the ant was prepared with substantial food for the winter while the grasshopper was starving.

The United States seems determined to play the grasshopper when it comes to our future. We use up our energy without a thought of what will happen when it runs out -- and fossil fuels, no matter what other arguments one might make about them -- are a finite resource. We fill our landfills to bursting...and recycling is failing in its promise. We ignore the changing climate that is drying out the "nation's breadbasket" and burning up California's farmland. And, most important, we don't seem concerned with preparing our future citizens and leaders, our children.


...we have permitted the amount of poverty in children to increase. Before the end of this century, more than half the kids in America may be below the poverty line.

What kind of a future do we build for the country if we raise all these kids as disadvantaged, as unable to cope with the society, as resentful for the injustice served up to them? This is stupid.

In the video above, Sagan claims that the US is 19th in the world in Infant Mortality. We haven't improved much -- if at all -- since then. Why? Because we don't spend as much money on our babies as other countries. We're a wealthy country yet we aren't investing in our future by taking care of our most important natural resource -- our children.

Without continued investment in our children, will we be able to maintain our lifestyle and standard of living? In 1996, Sagan wrote,

Superstition and darkness -- take a look around.

If we don't take care of our children now how will that affect our future? Will we prepare enough doctors? enough teachers? enough people to support the society? Will we have more social unrest? more poverty? more violence? Will our economic gaps increase?

Which will have a greater impact on our daily lives...Jeff Bezos's $200+ billion net worth, or the more than 38 million Americans living in poverty?


The United States ranks near the bottom of dozens of advanced nations in terms of the well-being of its children, according to a report with data from before the coronavirus epidemic.

The rankings were published by the United Nations Children’s Fund, known as UNICEF, which show that of 38 advanced countries for which data was compiled in a range of wellness markers, the United States was No. 36. (See ranking chart and full report below).

The Netherlands, Denmark and Norway topped the list, which takes into account data on the mental and physical health of children as well as their skills as measured by international exams. Mental well-being includes both life satisfaction as well as suicide rates; physical health includes rates of overweight and obesity as well as child mortality, and skills focuses both on proficiency in reading and mathematics as well as social skills.

But the report noted that in many of the advanced nations on the list, children are not doing well; in fact, in nearly half, more than 1 in 5 children live in poverty. Of 41 nations ranked on child poverty, the United States was fourth from the bottom.

What Does It Mean When Hardly Anybody Stands Up for the Basic Needs of Children and Public Schools?


I do not remember a time when the wellbeing of children has been so totally forgotten by the leaders of the political party in power in the White House and the Congress. This fall, school district leaders have been left on their own as they try to serve and educate children while the COVID-19 pandemic continues raging across the states. School leaders are trying to hold it all together this fall at the same time their state budgets in some places have already been cut. 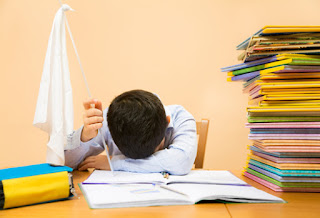 In order to prepare our children for their (and our) future, we'll need teachers. Are we investing enough in teachers? Are we providing an incentive for the "best and the brightest" to go into education? Are we addressing the nation-wide teacher shortage?

We have been living through a decline in the number of teachers being trained, even before the pandemic. Colleges and universities report fewer students are choosing education. This past week we learned that the University of South Florida will close down its education school. Will more universities follow USF's lead? Who will train tomorrow's teachers?

• The teacher wage penalty has grown substantially since the mid-1990s. The teacher wage penalty is how much less, in percentage terms, public school teachers are paid in weekly wages relative to other college-educated workers (after accounting for factors known to affect earnings such as education, experience, and state residence). The regression-adjusted teaching wage penalty was 6.0% in 1996. In 2019, the penalty was 19.2%, reflecting a 2.8 percentage-point improvement compared with a penalty of 22.0% a year earlier.

• The teacher wage penalty declined in the wake of recent teacher strikes but only time and more data will reveal whether teachers’ actions led to a decline and a turning point. The lessening of the teaching penalty from 22.0% in 2018 to 19.2% in 2019 may reflect pay raises enacted in the wake of widespread strikes and other actions by teachers in 2018 and 2019, particularly in some of the states where teacher pay lagged the most. Unfortunately, the data we have to date are not sufficient to allow us to identify the geographic locus of the improvements in teacher wages and benefits and any association with the recent wave of teacher protests and strikes. Only time will tell if this single data point marks a turning point in teacher pay...

• The benefits advantage of teachers has not been enough to offset the growing wage penalty. The teacher total compensation penalty was 10.2% in 2019 (composed of a 19.2% wage penalty offset by a 9.0% benefits advantage). The bottom line is that the teacher total compensation penalty grew by 7.5 percentage points from 1993 to 2019.

Isn't it time that we started to prepare for the future?