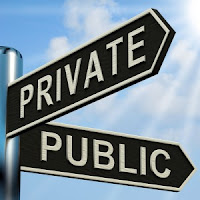 Betsy DeVos is gone...and her boss will be gone in less than a week, but that doesn't mean that the party of low taxes for the wealthy has forgotten what Princess Betsy stood for...the advancement of God's Kingdom in the battleground of "educational reform."

The Indiana General Assembly for the 2021 session already has thirty-seven bills dealing with "school." Most notable among them is House Education Committee chair, Bob Behning's HB 1005 which would...

You probably wouldn't be surprised to learn that fewer than half of 2019-2020 voucher recipients ever attended a public school.

And that thing about kids in poverty escaping "failing schools?" That was never the actual intent.

This year, the "advancers of God's Kingdom" in our legislature want to offer more voucher money to more, and wealthier, people. Steve Hinnefeld in his School Matters blog, explains...


Under HB 1005, families that make up to three times the limit to qualify for reduced-price school meals – which is over five times the federal poverty level — would become eligible for vouchers in 2022-23. For a family of five, that’s $170,274 a year, more than three times the median household income in Indiana.

And will standardized tests, which are good for only one thing -- identifying which schools enroll children of poverty -- still be given this year of the pandemic? After all, that's how schools are labeled "failing."