Blogoversary #15 - Ignorance, Allied With Power, is a Ferocious Enemy

Today marks the fifteenth blogoversary of this blog. When I began it on September 14, 2006, I was in my late 50s, teaching Reading Recovery in a small public school in northeast Indiana (which has since closed), the US was at war in Iraq and Afghanistan, there had just been a mass shooting at Dawson College in Montreal, and George W. Bush was the US President.

Public education in the US was deep into the mess of No Child Left Behind. Testing defined everything taught in America's public schools. In Indiana, we hadn't started spending millions of dollars of tax money on vouchers and charter schools. Hoosier teachers still had seniority rights, the right to due process before getting fired, and collective bargaining for things like prep time and class size.

My blog's focus was on 1) the overuse and misuse of standardized testing, 2) the overwhelming intrusion of politics and politicians into public education, 3) my students, and small, occasional forays into music and baseball. I was reading education authors like Richard Allington, Gerald Bracey, Susan Ohanian, and Alfie Kohn.

I taught part-time for a few years, and then retired in 2010, taught a semester at a community college, volunteered in three different elementary schools after retirement, and joined with others to advocate for public education. Since retirement, and in no particular order, I moved to a new house; made a few trips to the hospital; fought and beat cancer (so far); voted in seven elections; watched the Cubs win the World Series (Bucket List item #1); signed up for Social Security and Medicare; welcomed two more grandchildren, a grandchild-in-law, and a great-grandchild into my life; made new friendships and said good-bye to some old friends and family members; drove Route 66 from California to Illinois; celebrated a fifty-first wedding anniversary; reached half-a-gross years in age, and written 1423 blog posts (this one is #1424).

Here are some quotes about life and education that I've gathered the last year. 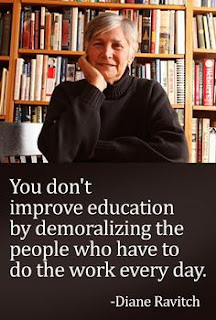 “Three years ago, we started to learn how to run from armed intruders. Last year we learned how to pack bullet wounds. This year, we’re trying to figure out how to bring back learning in a pandemic.” -- St. Louis psychology teacher Amanda Kaupp


"We live in a country where the state legislature must mandate play but congress doesn't need to approve a war." -- Tweet by Fred Klonsky


“I have stayed true to my own memories of childhood, which are not different in many ways from those of children today. Although their circumstances have changed, I don’t think children’s inner feelings have changed." -- Beverly Cleary, 1916-2021 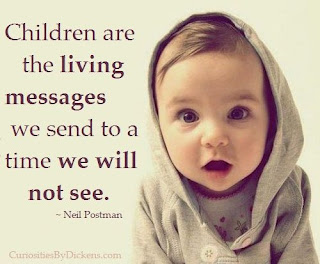 "Don’t be afraid of walking away from a mistake just because you took a long time making it." -- Unknown


"The moment you’re in now is the moment that matters." — Don Lemon in This is the Fire.


"Silence in the face of evil, is itself, evil...Not to speak is to speak. Not to act is to act." -- Misattributed to Dietrich Bonhoeffer


"The secret of freedom lies in educating people, whereas the secret of tyranny is in keeping them ignorant." -- Maximilien Robespierre


"Don't be in such a hurry to condemn a person because he doesn't do what you do, or think as you think or as fast. There was a time when you didn't know what you know today." -- Quoted by Maya Angelou (quote reproduced in James L. Conyers, Andrew P. Smallwood, Malcolm X: A Historical Reader, Carolina Academic Press, 2008, p. 181 and Elaine Slivinski Lisandrelli, Maya Angelou: More than a poet, Enslow Publishers, 1996, p. 90) 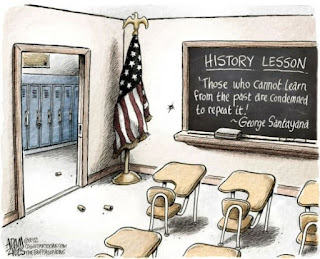 “You can’t teach American history without talking about race, it’s impossible. If you do that, what are you really teaching your students?” -— Rodney D. Pierce


“Assertions that CRT is being taught in America’s elementary and high schools is ludicrous–as I have been complaining pretty much forever, schools aren’t even teaching the most basic concepts required for civic literacy, let alone a theory that requires a familiarity not just with the Constitution and Bill of Rights, but with significant elements of America’s legal structures.” — Sheila Kennedy


[Frederick] Douglass announced that the abolition of war and peace he envisioned, would never “be completed until the black men of the south and the black men of the north shall have been admitted fully and completely into the body politic of America.” — Race and Reunion by David W. Blight.


“It is certain, in any case, that ignorance, allied with power, is the most ferocious enemy justice can have.” -- James Baldwin


"It is possible to read the history of this country as one long struggle to extend the liberties established in our Constitution to everyone in America." -- Molly Ivins, great American newspaperwoman


"This country once led the global effort to eradicate deadly diseases for the benefit of all.
"It's a sad testament of our decline as a nation and the selfishness of who we've become as a people that we no longer lead the way in something as easy to do as getting a vaccine." -- Jim Wright


"We must all live together and work together no matter what race or nationality. If you have an opportunity to accomplish something that will make things better for someone coming behind you, and you don't do that, you are wasting your time on this earth." -- Roberto Clemente


"We either overcome our innate tribalism and learn to live amicably together, or this experiment we call America is over." -- Sheila Kennedy