What do vaccine and mask deniers do when they get sick?

In 1909, the women, ages 16-23, who worked at the Triangle Shirtwaist Factory and the Leiserson & Company went on strike.* They were fighting against...
When the women were told by one magistrate that their strike was against "God and Nature" George Bernard Shaw wrote the words at the top of this page.

More than a century later, the same mentality that assures some that they know exactly what God wants is, as Shaw wrote, still present here in the United States. 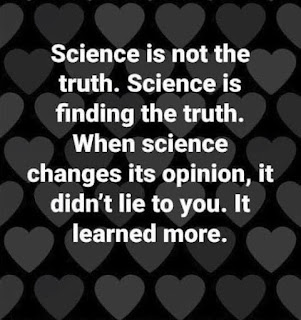 Let's be clear at the outset, the people who are anti-mask-in-school are a minority. Those who are against school-children wearing masks because it's "demonic" are an even smaller minority, but it's those people who grab the headlines and the clicks...like the "nurse" who went viral with this...


"Remember we have authority in Christ Jesus," Melissa stated. "These are demonic entities, and all the school boards of all the United States of America, and all of us Christians will be sticking together to take them out, or the police officers that kick us out for our First Amendment right."

Melissa went on to say that she's been a registered nurse for 13 years and that "masks just don't work."

...Melissa then went on to reiterate that the school board was full of "demonic entities," which led school board officials to cut her mic off for a final time.

It could be from religious leaders...

The pastor has previously claimed that Vice President Kamala Harris is a “jezebel demon” and that the Biden administration is in charge of “child-trafficking tunnels” underneath Washington, DC.

FACTS SHOULD, BUT OFTEN DON'T, MATTER

More and more children are getting COVID since school started this academic year. Yet the extreme (and minority) right-wing science-deniers continue to fight against vaccines and masks.

This is despite the fact that masks...


The report found in part that masks effectively prevented COVID-19 transmission even without physical distancing in schools and on buses.


...studies show that even in situations where these other measures aren't being used, masking makes a big difference in keeping the virus from spreading. That was one conclusion of the ABC Science Collaborative, a major research initiative involving nearly 1 million students from 100 school districts and 14 charter school in North Carolina. It found that universal masking policies helped keep transmission rates of the coronavirus within schools to under 1% last fall and spring.


...studies that have looked at how COVID-19 vaccines work in real-world conditions (vaccine effectiveness studies) have shown that these vaccines are working well. 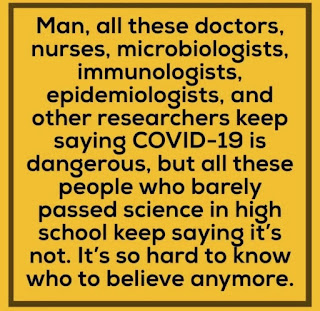 WHO ARE YOU GOING TO BELIEVE?

You need to choose who you're going to believe.


The US has only 4% of the world population but nearly a quarter of all Covid cases.

That’s not a coincidence.

And the resulting credibility vacuum has enabled unscrupulous politicians, agents of chaos and other charlatans to position themselves as experts.

I don't know the self-proclaimed nurse, Melissa, quoted above.

I do know that Dr. Anthony Fauci has an M.D. from Cornell Medical College (N.Y.C.) and more than fifty years of experience in the field of medicine, and specifically, immunology and infectious diseases. I also know that the Centers for Disease Control, when not being manipulated by politicians, is staffed by professionals in their respective fields.

I'll trust the experts rather than those who call down demons from supernatural myths we should have left behind centuries ago.

I admit it. I loved teaching science to young children during my years as an elementary classroom teacher. I loved teaching science because I understand the scientific method and I trust it to provide us with answers and then corrections to answers that we might have gotten wrong. It's important for students, and all of us, to learn that science changes when we get new information.

When I was a child there were nine planets. Now there are eight planets, a collection of dwarf-planets, and tens of thousands of minor planets all orbiting the sun.

When I was a child, early computers took up hundreds of square feet of warehouse space and ran on vacuum tubes. Now we wear much more powerful computers on our wrists, or carry them in our pockets.

I trust modern medicine. I never got smallpox or polio because I was born at a time when vaccines for those diseases were available. Because of modern surgical techniques, I can walk on my right heel that shattered when I fell down some steps. I can breathe even with allergies, lung disease, and an immune deficiency because of advances in medicine.

What do vaccine and mask deniers do when they get sick, with COVID-19 or any other illness? What do you think they do?

Susan B. Anthony explained it well in 1896, when she said,


I distrust those people who know so well what God wants them to do to their fellows, because it always coincides with their own desires.

Protect unvaccinated kids in school. Wear a mask. Get vaccinated. 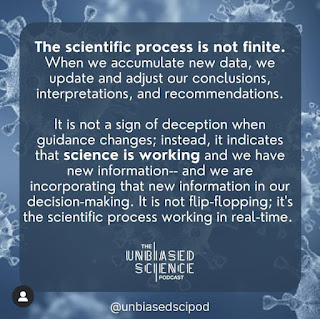