Chalkbeat, whose "supporters" include privatizers like the Walton Family, the Gates Foundation, and EdChoice, report here on the ongoing teacher shortage made worse by the pandemic. Their explanation focuses on the combination of low pay and the weak economy -- which are, indeed, part of the problem. I think that a more important set of reasons, however, are how teachers have been treated due to lack of respect by the public (and politicians...and the media), and the impact of privatization on public education. After you read this, check out the next article on the same topic.


The staffing shortage has become a defining feature of this school year. Non-teaching, often lower-paid roles seem to have been particularly hard to fill.

“It is affecting the whole climate of the schools,” said Sabine Phillips, whose middle school in Broward County, Florida has buses regularly arriving late and few substitute teachers. “It’s just hard to keep people in a positive mood.”

So what is going on here? There’s no one answer, according to a range of experts watching these shortages nationwide, but a constellation of potential explanations. Some are exacerbated versions of old problems: schools need people to choose challenging roles with relatively low pay. Other explanations are new, like federal money boosting demand for educators, the continued disruption to childcare, and COVID-related health concerns.

‘Exhausted and underpaid’: teachers across the US are leaving their jobs in numbers

Quoted here is Steven Singer, blogger at Gadfly on the Wall Blog (and author of the next post as well). As an actual, current, real-life, teacher, he has a good handle on the reasons for the teacher shortage -- the pandemic, of course, is one, but also, he says, we need to remember low pay, low respect, low autonomy, and lack of a professional voice. All these are part of teaching in Indiana and the supermajority of privatizers in the state's General Assembly guarantees that it will stay that way. Chalkbeat, take note.


“They don’t give us numbers or report it but we see in our buildings how we’re all needed to sub for missing teachers. It’s way more than normal,” said Steven Singer, a middle school teacher in western Pennsylvania. “I, myself, was in and out of the hospital last week due to my Crohn’s disease. The stress of the pandemic is taking a toll on me and all of us. We’re just at a breaking point. This crisis for teachers didn’t start with Covid. We have low pay, low respect, low autonomy, and no one listens to us. Now we’re being forced to risk our lives and our health.”

At least 378 active teachers have died from Covid-19 since the beginning of the pandemic, along with hundreds of other school workers. Several surveys have shown teachers are more likely to leave the profession because of worsening stressand burnout during the pandemic, coupled with pre-existing issues such as a lack of resources and low pay.

Teachers have been telling the public for years that there's more to education than "reading, writing, and 'rithmetic." There are things that go on in classrooms that are more important than test scores. The "loss" caused by the COVID-19 pandemic is more than just content area loss, which can be made up. The loss is emotional...parents, relatives and friends lost to COVID-19. The loss is social isolation from being quarantined. Students have to learn to deal with those losses before so-called "learning loss."


According to the CDC, more than 140,000 children in the U.S. lost a primary or secondary caregiver such as a live-in grandparent or another family member to the virus.

Globally, that’s more than 1.5 million kids who have lost a parent, guardian or live-in relative to the pandemic, according to the Lancet.

No wonder kids are having trouble dealing with their emotions! Their support systems are shot!

My students are bright, caring, energetic and creative people. They have the same wants and needs as children always have. They just have fewer tools with which to meet them.

They worry about learning loss and what the kids can’t do today versus students in the same grades before the pandemic. But I think this is a huge mistake. 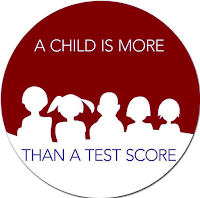 Every time the PDK poll is released we learn that the majority of Americans (and even more public school parents) love their local schools...it's "those other schools" elsewhere in the country that are, apparently, terrible. This year is no different. Why is that? Could it be that we are being given poor quality information about schools in other places? Could it be that we know our own children's schools and appreciate the work that is done there?

As is customarily the case, public schools nationally — as opposed to schools or teachers in one’s own community — fare less well, with about 4 in 10 adults overall, and parents in particular, giving them A or B grades for their pandemic response.


HIGH ACHIEVING SCHOOLS MAY BE TOXIC

The Toxic Consequences of Attending a High-Achieving School

The toxic achievement pressure for HAS students comes from parents, teachers, peers, and ultimately from within the student.

Evolution now accepted by a majority of Americans

Science, not religion, ought to be the determining factor in what's taught in our public schools. But citizens of the US have always had a difficult time separating church and state, despite the protections of the First Amendment. Included among the topics attacked by the science-deniers is evolution. Education is the key. [Note: I added the link in the quote below]


Examining data over 35 years, the study consistently identified aspects of education — civic science literacy, taking college courses in science, and having a college degree — as the strongest factors leading to the acceptance of evolution.

“The more education you have, the more likely you are to accept evolution,” observed co-author Glenn Branch, deputy director of NCSE, adding, “The proportion of Americans with a college degree almost doubled between 1988 and 2018.”

The researchers analyzed a collection of biennial surveys from the National Science Board, several national surveys funded by units of the National Science Foundations, and a series focused on adult civic literacy funded by NASA. Beginning in 1985, these national samples of U.S. adults were asked to agree or disagree with this statement: “Human beings, as we know them today, developed from earlier species of animals.”

The series of surveys showed that Americans were evenly divided on the question of evolution from 1985 to 2007. According to a 2005 study of the acceptance of evolution in 34 developed nations, led by Miller, only Turkey, at 27%, scored lower than the United States. But over the last decade, until 2019, the percentage of American adults who agreed with this statement increased from 40% to 54%.