Dov Rosenberg posted this on Facebook. It's a great list telling why testing and privatization is harmful to public education. Follow the link below to see the original...he said it's a Working List...aka a work in progress, so it will probably change. Spread it around!


WORKING LIST! Why Testing and Privatization are Harmful - Not Helpful - to Public Education
by Dov Rosenberg on Wednesday, June 20, 2012 at 1:12pm 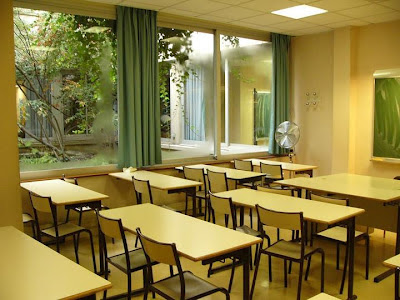 Special thanks to Marion Brady, from whom I borrowed heavily!

I know that this is a little trivial, but it irks me when people say "charter schools do this/that" as if they were all one homogeneous entity.

I get that privately-managed charter schools are detrimental. I know. I read this blog and Diane Ravitch's blog and many more.

But I work at a charter school that is a genuine non-profit; it is managed by a Board that consists entirely of elected parent representatives, an elected teacher representative, and founding community members. It is more racially diverse than the local schools, which are 100% black. The application process is very simple; most of the families come from very disadvantaged homes and have never had a problem. And here in MD, charter school applications must be decided by lottery, and it is illegal to either deny special ed services or deflect certain children back to neighborhood schools; they can only be expelled if do something that would be worthy of expulsion at any public school.

Have there been any studies on the effect that progressive local charter schools (that start because they advocate for a progressive educational philosophy) have on communities, attitudes about learning, etc.?

Thank you for your comments, Bella. I have tried to answer them in today's post.