Pickens County, South Carolina -- home of Clemson University and birthplace of Shoeless Joe Jackson -- was the scene of a trial which brought closure to a story I began following nearly two years ago.

In July 2011 I posted a story, which I had been following on 365Project.org, about a young woman who had been in a car accident. My purpose in exploring the story, Kimberly's Story, and it's follow up, Lessons Learned: Kimberly's Story...continued, was to highlight the personal strength and perseverance shown by Kim...as well as the support she received from her family.

I didn't write anything in the two previous posts about the person who had caused the accident. Her trial -- for the accident which occurred in May, 2011 -- ended a few days ago at the Pickens County Courthouse in South Carolina

Beverly, Kim's mother, wrote the following after the trial.


It took almost two years, but it's finally over.

At approximately noon today, Christina...was found guilty of having been impaired by methamphetamines when her 1986 Nisson pick-up collided head on with Kim and Matt's car. A normal meth range when used as a prescribed drug is .02 to .05. [Christina's] blood test showed .29!! It was really hard to refute that evidence, although they tried.

She was sentenced to 30 years (10 each for Kim, Matt and Hayden) to be served concurrently. She was immediately removed by an officer and taken to the Pickens County Jail to await transfer to a facility Columbia, SC from where she we will be placed in one of the women's correctional facilities somewhere in the state. We can find out where later.

Kimberly left the court room one very happy girl to put this behind her. She was the first to testify this morning and held up beautifully!.

When Kimberly left the court house, the trial of the person who caused her injuries was over, but the story is not over. She is still recovering from injuries and related complications which some thought would end her life. Kim's trial is not over yet, but she's still working hard to return her life to normal. These pictures... 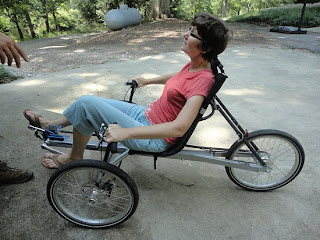 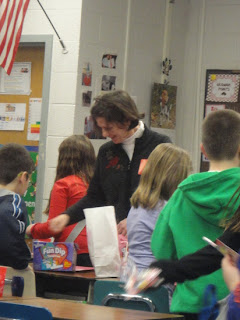 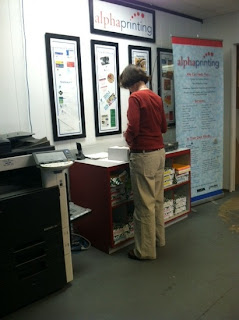 ...and working at her new part-time job...provide proof that she hasn't given up.

Kimberly and her family represent a powerful life lesson, urging us all not to give up when we're faced with seemingly overwhelming obstacles. They have shown that with support and hard work a family can overcome great adversity and emerge stronger.

There is another life which was affected by this story, though...the life of the woman who caused the accident. We don't know what caused her to take a large dose of methamphetamine on that day, or for that matter to start with drugs in the first place. We don't know why she drove her vehicle -- which became a dangerous weapon -- while under the influence of that drug.

We do know, however, that she can learn a lesson from the family whose lives were changed by her mistake.
Posted by Stu at 1:50 PM

Email ThisBlogThis!Share to TwitterShare to FacebookShare to Pinterest
Labels: Perseverance