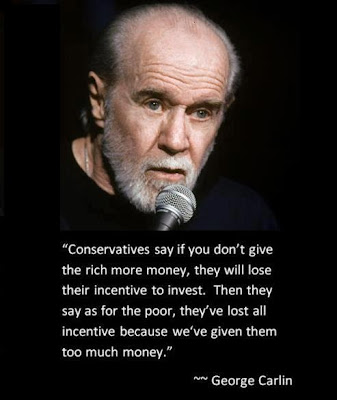 Now, Anthony Cody, author of EdWeek's Living in Dialogue Blog adds his voice (click the title to read the entire article. You should!).

...reformers [have] advocate[d] that we:
...new data shows that in the three large urban school districts where these reforms have been given full rein, the results are actually worse than in comparable districts that have not gone this route.

Some of the key findings...
Most importantly:


Here are some other people saying the same thing... 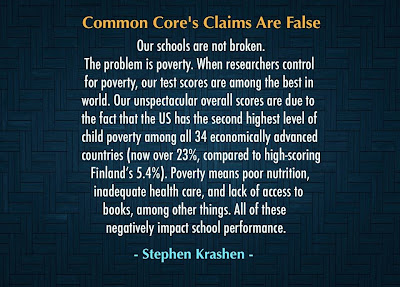 ...for the politicians and policy makers who have allowed so many of our children to grow up in poverty?

...for the Bush team who saddled us with NCLB based on the falsely named Texas Miracle?

...for the Obama team who saddled us with Race to the Top based on Arne Duncan's failed Renaissance 2000?

...for the Bloomberg team in New York City and the Emanuel team in Chicago? Close schools, fire teachers, shuffle children around no matter what it does to them?

...for all the "reformers" who are privatizing education and starving the nation's public schools?


"We are likely to find that the problems of housing and education, instead of preceding the elimination of poverty, will themselves be affected if poverty is first abolished." -— Martin Luther King, Jr., Where Do We Go From Here: Chaos or Community?

"There are two major factors preventing teachers from being even more effective: (1) The high level of child poverty in the U.S., 23.1 percent, second among high-income countries; children who are hungry, have poor health care and little access to books will not do well in school regardless of teacher quality. (2) The unreasonable demands of the Common Core: a tight, inflexible curriculum that crushes creativity, designed by elitists with little idea of what goes on in classrooms, and a massive amount of testing, more than we have ever seen on this planet." -— Stephen Krashen, Seattle Times, Jan. 11, 2013

"The relationship between poverty and all kinds of academic achievement is one of the best-established and most replicated results in all of educational research. People keep "rediscovering it" and politicians keep ignoring it, or tell people to 'stop whining' (Rod Paige)." —- Stephen Krashen, e-mail, Aug. 10, 2011

I mean this with all respect. I'm on my knees here, and there's a knife in my back, and the prints on it kinda match yours. I think you don't get it...It's not bad teaching that got things to the current state of affairs. It's pure, raw poverty. We don't teach in failing schools. We teach in failing communities..." —- Paul Karrer, Education Week, Feb. 2, 2011

"Thousands of studies have linked poverty to academic achievement. The relationship is every bit as strong as the connection between cigarettes and cancer." —- David Berliner, Our Impoverished View of Ed. Reform, Aug. 2005

"For many critics, teachers have become the villains in the wealthy elite's panic over educational accomplishment and foreign competition. But teachers don't cause financial meltdowns, home foreclosures, climate change, or hurricanes. And they don't invade countries or outsource jobs. Teachers don't cause mind-numbing conditions of poverty that limit children's ability to learn. However, teachers are the ones asked to cope with the poisonous effects of poverty. Why? Because most of society doesn't give a damn." —- Richard Gibboney, in Education Hell: Rhetoric vs. Reality by Bracey 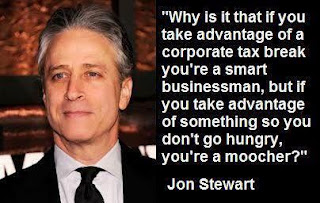