Florida Republican Jeb Bush defended the Common Core standards to ALEC with the usual lies such as,


[The US] has become a global leader in education spending while also becoming a global lagger in math and science.

Bush's ignorance about the field of education provides us a lesson in why he, and others like him, should not be allowed to participate in forming public education policy.


Bush called for state policies holding back third-graders who cannot read well and ending tenure systems that employ and pay teachers based on experience rather than student performance.

[See Articles Labeled: Retention --Nearly a hundred years of research has provided us with enough information so that we know retention-in-grade (aka flunking) is not an effective remediation technique. The research consistently shows that, with few exceptions, long-term success of students is not improved using grade retention.]

At the same time, protesters outside the Palmer House in Chicago where ALEC was holding its meeting, were demonstrating against the wholesale privatization of public education sponsored by ALEC and selected billionaires.

The backdrop for this battle among Common Core advocates, privatizers and pro-public education forces is the city of Chicago where Democratic Mayor Rahm Emanuel has overseen the closing of dozens of public schools, resulting in the loss of thousands of jobs for public education employees, and the disruption of the education of thousands of Chicago school children, all in the name of saving money (while still finding enough taxpayer cash to pay for a new arena for a private university). 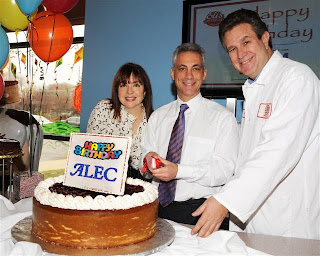 Now, quietly, and entirely without a trace of irony, Emanuel's (appointed) board of education puppets have decided to open new schools.


"Wait," you ask, "they just closed 50 schools and now they're going to open new ones?"

I understand your confusion, but I think I can explain it in a way that will make everything clear.

CPS has issued a "Request for Proposals for New Schools" -- new charter schools!

Yes. You read that right...after closing 50 public schools because of "underutilization" the mayor and his rich friends want to open charter schools to relieve -- you guessed it -- overcrowding.


As Chicago Public Schools officials finish shuttering a record number of schools and leave many neighborhood schools to open their doors in two weeks with diminished budgets, the district has quietly issued a call for new charter schools.

In a 52-page PDF posted without fanfare on the district’s website, CPS is asking for new charter operators and campuses for the 2014-15 and 2015-16 school years mainly — but not only — in 11 so-called “priority communities” on the Northwest and Southwest Sides where district-run schools have been complaining of overcrowding. [emphasis added]

Apparently, closing 50 schools, laying off thousands of education professionals and support personnel, and disrupting the education and lives of students (as well as placing them in danger as they walk to school across gang boundaries) isn't enough punishment for the mayor to heap upon the Chicago Teachers Union for having the audacity to strike last year. The Mayor needs to punish the CTU further by moving more and more children into privately run charter schools with apparent disregard for the safety and education of the children living in his city. 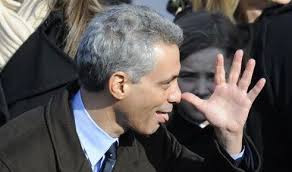 Make no mistake: this is a blatant move designed to further the privatization of public education in Chicago.

...and there's little doubt that he feels a zing of pleasure by turning the knife on the CTU.


The Chicago Teachers Union and others have argued for years that school closures are about making way for charters and weakening the union.

“We are not surprised at all by this,” said union president Karen Lewis . “We were called conspiracy theorists, and then here is the absolute proof of what the intentions are…. The district has clearly made a decision that they want to push privatization of our public schools.”

The district has been slowly shifting students to charter schools, which are publicly funded but privately run. Around 13 percent of district students—and more than 20 percent of the district’s high school students— are educated in charter schools. Teachers at charters cannot be represented by the Chicago Teachers Union.

Only half of the teachers in the charter schools need to be certified...and the charter teachers are not covered by the Collective Bargaining Agreement between CPS and CTU.

There's no longer any pretense of "improving public education" on the part of the privatizers. There's no difference between Republicans and Democrats. The goal is the destruction of America's public education system.

GOOD SCHOOLS FOR MY KIDS

While Bush tries to bring the tea-party back to the Common Core, Rahm Emanuel is quietly going about the business of killing public education in Chicago. 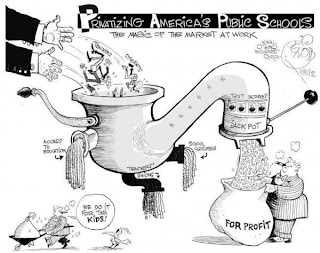 [UPDATE: from Mike Klonsky "For those of you who miss the distinction between handing closed schools over to charter operators and opening new charters around the corner --- so do I."]