Deck Chairs on the Titanic Failure of American Education

We're doing the opposite of what our children need and deserve.


Stress inhibits learning, so we design stressful expectations; dopamine (from pleasurable activities) enhances learning, so we remove joy from schools; homework has very limited usefulness with negative returns after an hour or so (for elementary age kids), so we demand more hours of work; the importance of exercise in brain development is inarguable, so we eliminate recess and gym; the arts are central to human understanding, but we don't have time.

I have been accused of complaining but not offering solutions, so here's a solution: Properly fund schools and allow good teachers to select the materials and pedagogy that serve the actual students in their care. The rest will take care of itself.

And we can take the billions we're wasting on NCLB, RTTT, Common Core and other nonsense and spend it to improve the lives of the shameful number of children who live in poverty in the "richest nation on Earth." 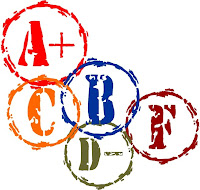 Fort Wayne school board and South Bend school board have both rejected the state's A-F grading system after the former state school chief Tony Bennett was caught manipulating school grades to benefit one of his supporter's charter school.

Let's hope that other Indiana school systems follow suit. A full scale A-F rejection by the state's school boards would send a strong message to the legislature.


But celebrating “A schools” suggests the grades were earned. If those schools deserved their As, does it mean other schools in the district deserved the D and F grades they received? Is that really the message that school officials want to send to students, teachers and the public?

NEIFPE co-founder Phyllis Bush has written a letter describing the weakness of the A-F grading system for schools.

This article is about Texas, but it applies to the entire nation. Schools are more segregated today than ever...segregated by economic status, race and language.

Read Jonathan Kozol's The Shame of the Nation: The Restoration of Apartheid Schooling in America (2006)


Every educator knows that a child’s performance in school has more to do with what happens in their home than with their teachers. A child who doesn’t speak English at home or whose parents are not educated will not do as well on tests. A child who has to work to support their family has less time to study.

...In the past, schools and districts received ratings based on solely on how well the children scored on standardized tests. If a school or district failed to meet state expectations after three years, parents could pull their kids out and the state could shut the schools down.

That led to high turnover in struggling schools, where principals and teachers complained that they could only accomplish so much in a such a short period of time. Educators felt punished for agreeing to teach the state’s most difficult pupils.

[NOTE: For those interested in The Shame of the Nation here's an interesting blog in which four students read, discuss and analyze the book. Start with the oldest entry and work up.] 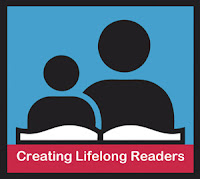 How the ‘reading wars’ are being reignited

The NCTQ so-called "ratings" of teacher education programs was a farce. They never visited any schools choosing instead to simply look at syllabi and course titles.

They claimed to use scientific based criteria for evaluation, however, when it came to the "requirements" that NCTQ demanded for Reading instruction...


...NCTQ claims the panel was sorting based on the presence of a “scientific basis,” to each textbook, their ratings prove them wrong. For example, Marie Clay, the founder of Reading Recovery and godmother of emergent literacy, is listed eight times, and each time deemed either unacceptable or irrelevant to the study of early literacy. Reading Recovery is the only reading program that has received the highest rating for evidence of positive effects from the Institute for Education Science’s What Works Clearinghouse.

Bill Gates needs to listen to teachers...they obviously know more about education than he does. If he wants to spend his money to improve education he ought to donate it for jobs and health care.


7. Schools should teach children things that can’t be tested, too.
6. One size does not fit all in education.
5. Teacher evaluations should not be heavily tied to test scores.
4. Not all reformers have it right.
3. Give education professionals a seat at the table.
2. No Child Left Behind was bad.
1. Implementing Common Core standards will not fix things.

Christie mocks educators and the people of Camden. Who cares?

Governor Christie in New Jersey is like Mayor Emanuel in Chicago. Neither would accept for their own children the kind of education they demand for the poor...untrained teachers and administrators, large class sizes, lack of support personnel, lack of fine arts, inadequate resources...

Christie has appointed someone with minimal experience to lead the Camden NJ schools. He doesn't believe that experience in the field of education matters, at least not in schools where 'other' children attend.


On Monday morning, an obedient state school board will kick dirt in the faces of public school employees who cherished educational leadership as a profession. The tools of the rich will once again be used against the poor.