Teaching as a Luxury

Most teachers don't last that long, however. Nearly half of all teachers leave the field within their first 5 years. Many find out the hard way that they aren't cut out for teaching...or that it's not as easy as they thought it would be. Many didn't realize that it's not a 6 hours a day, 9 months a year job, but one that takes hours and hours of preparation, thought and work. Many can't handle the emotional investment in the lives of children.

The old adage which states that "those who can't, teach" has it backwards. Teaching is doing...and it's those who can't who must move on to some other, less important line of work.

THE LUXURY OF LEARNING

On January 17, 2014 (Ben Franklin's 308th birthday), a middle school language arts teacher, Elizabeth Natale, wrote an op-ed piece for the Hartford Courant, titled Why I Want To Give Up Teaching.


Unfortunately, government attempts to improve education are stripping the joy out of teaching and doing nothing to help children.

Over the past few years I've posted frequently about why teachers quit. The focus of the answer is almost always something about how No Child Left Behind, Race to the Top, the Common Core, Value Added Measurements on teacher evaluations, firing educators and closing public schools, or other so-called "reform" plan which, without a research base, has devalued the teaching profession or made testing the be-all and end-all of public education.

Natale's article, however, has the wrong title. Read what she has written and you'll see that she doesn't want to "give up teaching." What she really wants to give up is struggling to be an educator under the current "reform" status quo. Like public school educators all over the nation, she's struggling to do what's best for her students while politicians and policy makers transfer public funds to private schools and turn the public schools left standing into under-funded, for-profit, test factories.


Until this year, I was a highly regarded certified teacher. Now, I must prove myself with data that holds little meaning to me. I no longer have the luxury of teaching literature, with all of its life lessons, or teaching writing to students who long to be creative. My success is measured by my ability to bring 85 percent of struggling students to "mastery," without regard for those with advanced skills. Instead of fostering love of reading and writing, I am killing children's passions — committing "readicide," as Kelly Gallagher called it in his book of that title. [emphasis added]

She no longer has the luxury of teaching. Let that thought simmer in your mind for a while...

Are there any other teachers out there who feel like the joy has been sucked out of their classrooms because they're spending too much time thinking about tests, preparing for tests, administering tests, and analyzing tests?

Are there any other teachers out there who are tired of the corporate education reform industry driving public education policy?

Are there any other teachers out there who would like to go back to focusing on the needs of children?


Teaching is the most difficult — but most rewarding — work I have ever done. It is, however, art, not science. A student's learning will never be measured by any test, and I do not believe the current trend in education will lead to adults better prepared for the workforce, or to better citizens. For the sake of students, our legislators must reach this same conclusion before good teachers give up the profession — and the children — they love.

How can we improve public education instead of destroying it?

There have always been those who have interrupted the teaching process, but the "reformers" have taken things a step further. They have disrupted the teaching and learning process to the extent that teachers don't have time to "close their doors and teach" without fear of being pushed out. The insane focus on data and testing has left teachers exhausted and demoralized. Test scores may have risen, but learning has suffered. The "reforms" foisted upon American children and their teachers have not improved real learning. The corporate education reform industry has gotten rich as the combined political force of both major political parties sells off America's public schools. Teachers struggle to continue real teaching while politicians in statehouses across the country micromanage their every move.

America's public school educators are nearly three and a half million strong. We need to raise our voices.

Educate yourself and others. Get involved. Write letters. Work for America's public schools. 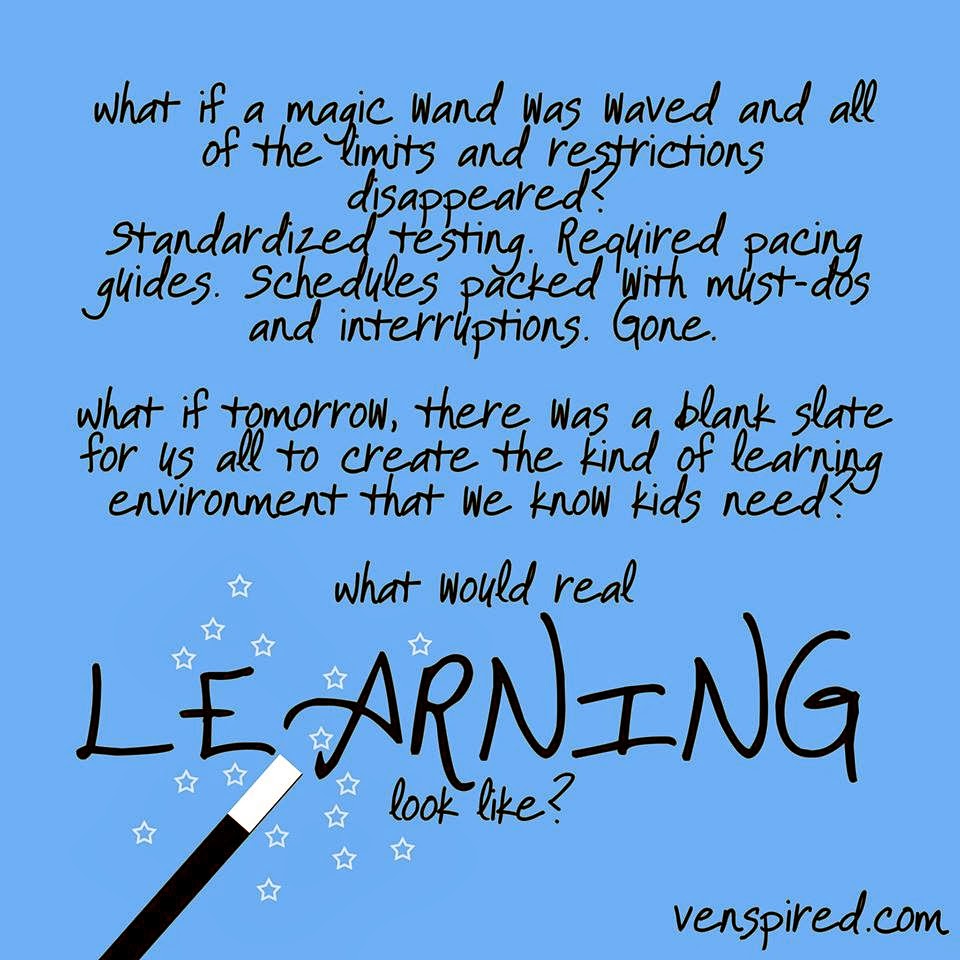