The Supreme Court's Hobby Lobby decision has opened the dam...


The day after the Supreme Court's Hobby Lobby ruling, a group of religious leaders sent a letter to President Barack Obama asking that he exempt them from a forthcoming executive order that would prohibit federal contractors from discriminating against LGBT people.

What's next? A religious owned corporation refusing to hire Muslims or Jews based on their "theology?" 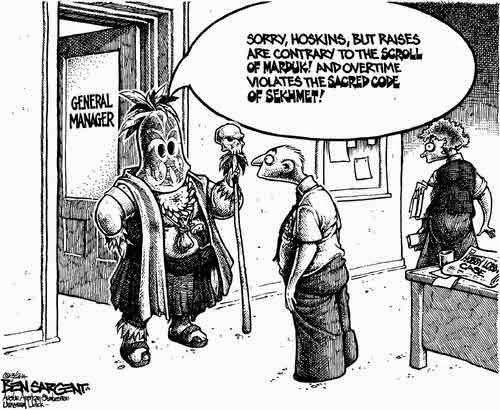 The Cost Of Leaving Educators Off The Education Agenda

Why is it so easy to discuss education in the U.S. without including educators? Is it any wonder that American teachers feel like their profession is not valued?


The latest such example came from the Center for American Progress who staged a panel recently on “A Roadmap for a Successful Transition to the Common Core in States and Districts.” Typical of these sorts of affairs, the panel consisted of two Beltway think tank execs and two former pols now firmly ensconced in the private sector. There wasn’t an actual practicing educator in sight.

The report bears out the superficial substance of the PR event, a view from 30,000 feet up with seemingly no input from practicing teachers and principals on the ground.

Keep in mind this is an effort to promote implementation – where the rubber really meets the road – with, supposedly, examples of teachers and administrators doing it more successfully. And it’s a “roadmap.” Yet there’s little if any evidence of input from the people actually driving on the road.

American teachers work in a national atmosphere of disrespect.


...the survey shows that American teachers today work harder under much more challenging conditions than teachers elsewhere in the industrialized world. They also receive less useful feedback, less helpful professional development, and have less time to collaborate to improve their work. Not surprisingly, two-thirds feel their profession is not valued by society — an indicator that OECD finds is ultimately related to student achievement. 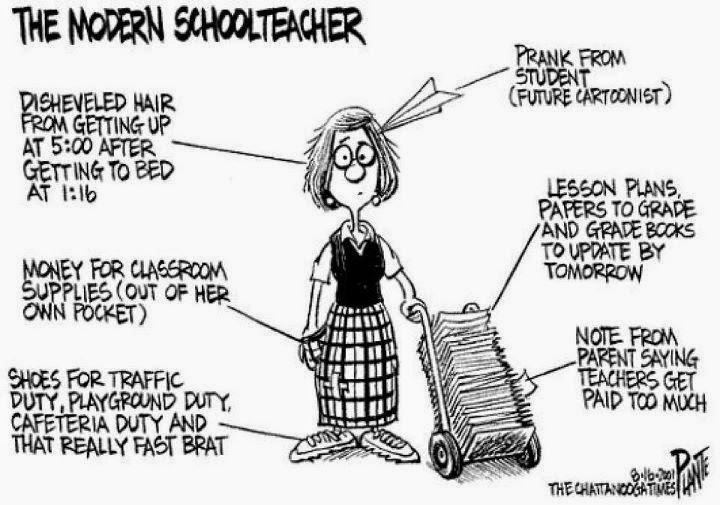 
...Holyoke teachers elected Gus Morales as their union president in May on a platform that opposed education privatization. But on June 17, Morales, a middle school teacher, received a letter from his principal, Amy Fitzgerald, informing him that his employment had not been renewed.

“As I started speaking out, I was targeted with negative observations. One can infer that the negative observation was meant to quiet me. As long as I kept my mouth shut, everything was good, and then when I started speaking about what was happening to my students, I was let go,” says Morales, one of only a handful of Puerto Rican teachers in a school district that is nearly 80 percent Hispanic. [emphasis added]

Skill and will are complementary aspects of literacy learning. Children begin with the will to learn, develop the skills as they receive instruction, and improve as they practice in real reading and writing situations under the guidance of the teacher. No program can achieve this for children. Only good teachers can.


New data obtained from the Indiana Department of Education reveals exactly how much funding local public school districts have lost to private school vouchers in their districts.

My local school system, which continues to close schools due to budget cuts, lost more than half a million dollars.

John Kuhn defined "reformers" and "anti-reformers" on his twitter feed this morning.

JAY MATHEWS - "GIFTED EDUCATION CLASSES ARE A WASTE OF TIME"

Jay Mathews is an education writer for the Washington Post. Diane Ravitch says of him that,


...he changes his mind when the evidence changes. He gets enthusiastic about big ideas, but is willing to step back if he thinks he was wrong.

Last month he wrote an article on gifted education.

Mathews' thesis is that "gifted education" is a waste of time.


I am among those people who think gifted education classes are usually a waste of time and money. It’s better to give super-bright kids a library card or a computer with a Web connection and get out of their way.

He has nothing with which to back this up so he qualifies his thesis with words like "usually" just in case someone has actual facts to dispute him.


Unfortunately, there is no research proving me wrong or right. So I have gone the unscientific route. I asked four original thinkers how much their schooling contributed to their success.

Here Mathews claims that, since he hasn't looked for any research, there must not be any...and again qualifies his thesis, this time admitting that it's "unscientific."

Now that he has protected himself from any reasonable rebuttal because he was 1) speaking of the "usual" gifted/talented education classes and 2) speaking "unscientifically," he can continue.

He interviews four fellow journalists who were "original" though only one of the four was ever in any "gifted" program. The other three were products of elite and expensive private schools.

[Two attended Mitt Romney's alma mater, the Cranbrook Schools in Bloomfield Hills, Michigan. The other went to the Williston Northampton School in Easthampton, Massachusetts. Both have student teacher ratios of about 6:1]

While I have no doubt that the four people Mathews interviewed were very bright, I don't think that they represent and "average cross-section" of America's gifted children.

In order to give Mathews the opportunity to admit he's wrong based on evidence, here are some resources which I would recommend to him.


...in gifted education have significant positive effects for the variables of achievement, critical thinking, and creativity. 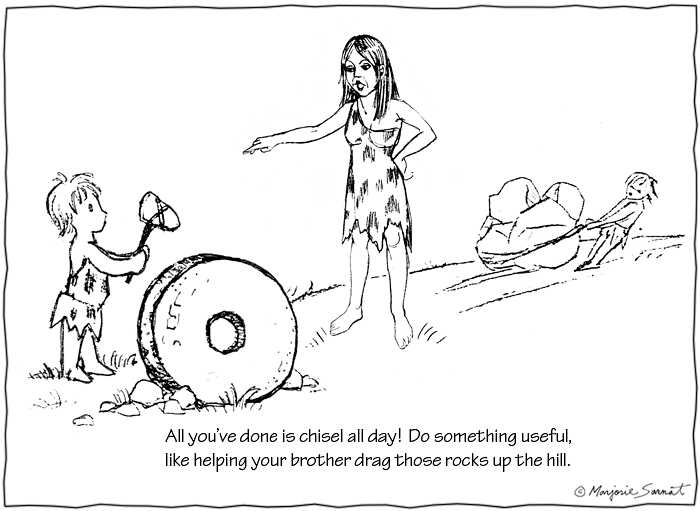 Mathews' article is essentially a rehash of the old myth that gifted students don't need any extra help...that they'll do fine on their own. We know, however, that this is not the case. In fact, for many students, gifted and otherwise, good schools are essential.


Would you send a star athlete to train for the Olympics without a coach? Gifted students need guidance from well-trained teachers who challenge and support them in order to fully develop their abilities. Many gifted students may be so far ahead of their same-age peers that they know more than half of the grade-level curriculum before the school year begins. Their resulting boredom and frustration can lead to low achievement, despondency, or unhealthy work habits. The role of the teacher is crucial for spotting and nurturing talents in school.

Just like other areas of education, one size does not fit all. Perhaps some gifted and talented students would benefit from a childhood of self-directed learning, however, that's not true for most.


When students are not presented with learning experiences that are appropriate for their abilities, they lose motivation and sometimes even their interest in learning and school. Brain research suggests that the brain will not maintain its level of development if students are not challenged.