A Chance to Fix Our Mistake

Two years ago the voters of Indiana elected Glenda Ritz to the office of State Superintendent of Public Instruction. 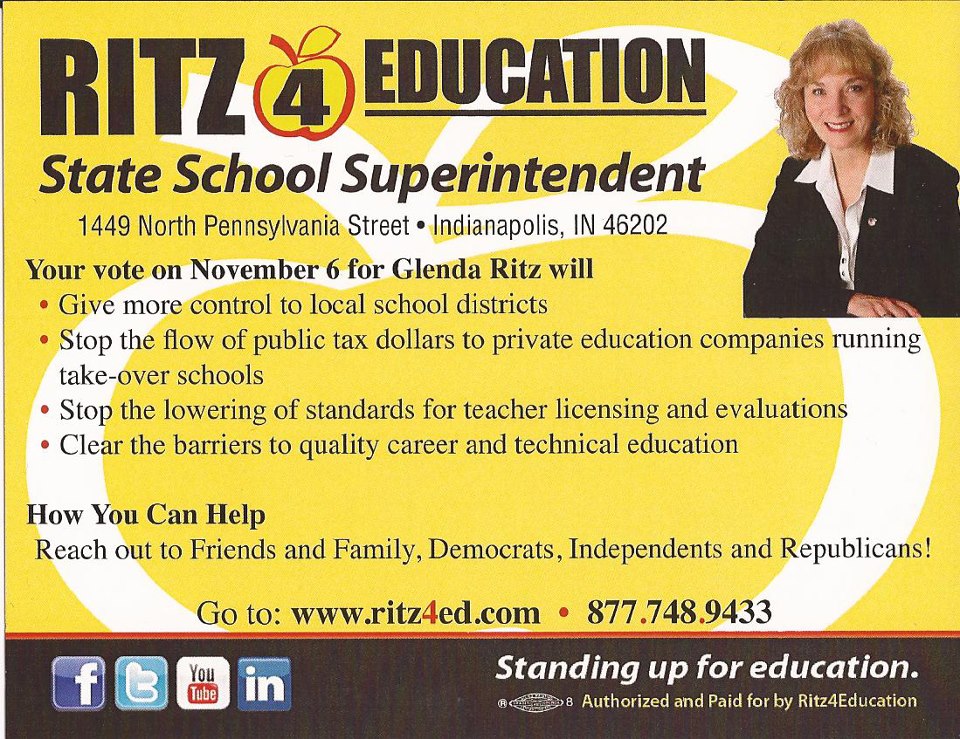 WE GOT TONY BENNETT

We elected Glenda Ritz, but we got Tony Bennett's platform. In the last 2 years, the 1.3 million Hoosier voters who supported Glenda Ritz got...

In the last 2 years, the teachers of Indiana got...

The voters of Indiana have a chance to finish the job they started when they voted for Glenda Ritz in 2012. Elect friends of public education to the state legislature and help Glenda Ritz do the job we elected her to do.

There are 1.3 million of us who voted for Glenda Ritz because we wanted changes in the state's public education policies. We then turned around and voted for other state officeholders who have prevented her from doing what we asked her to do. It's time to fix that mistake and elect legislators and officeholders who will
Choose to support your local public schools. 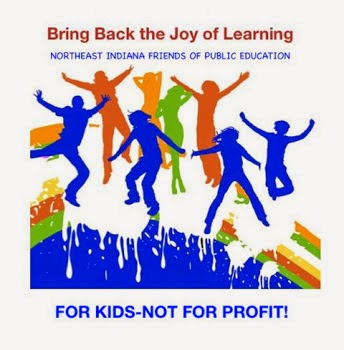