The Latest in Teacher Bashing

ON TEACHER BASHING
The big news of the week is the Time Magazine cover which states the falsehood that it's (nearly) impossible to fire teachers who have "tenure" and the saviors of America's children, rich tech entrepreneurs, have solved the problem.

I haven't read the article...I don't subscribe to Time and haven't for decades. I remember an argument my father and I had over Time. I said that Time was a tool of the dreaded Military Industrial Complex (this was the 60s, after all). His response was that they were an opinion magazine and if I didn't agree with them, I should express my own opinion. Unfortunately, even back then Time had a lot more readers that I did.

Time itself classifies itself as a "news" magazine and in that way disputes my father's description of it as an opinion magazine. Dad was right, of course, and I would maintain that nearly all "news" sources are "opinion" sources, after all (see Fox News), but the fact remains that the magazine is ubiquitous for any American who sits in a dentist's or doctor's waiting room.

Some of those who have read the recent Time article claim that the cover doesn't accurately reflect the content of the article. In America, however, the soundbite, or in this case,  the imagebite, rules. For most people, Time's cover is all the content that will be seen. 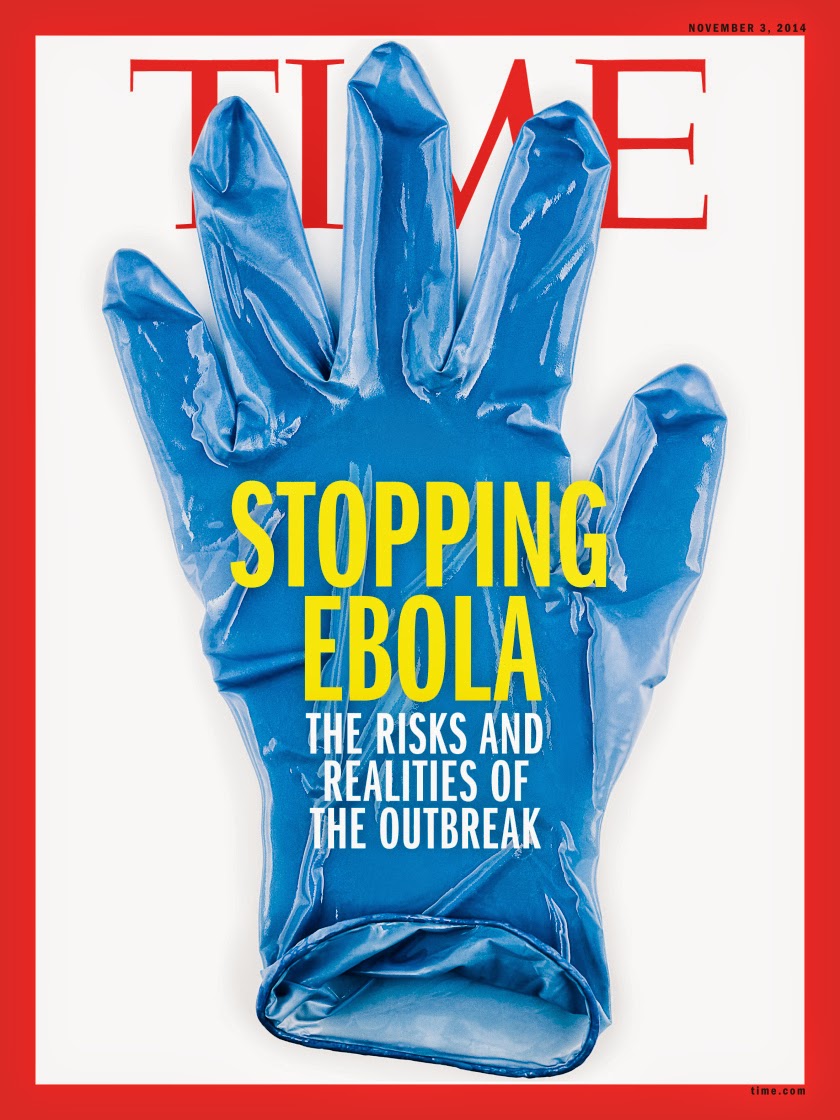 Time publishes different editions for different parts of the world. In the other editions for November 4 the lead story is "Stopping Ebola." For some reason the editors thought that, in the U.S. at least, hating on teachers is a stronger sell than concern about the health threat of ebola (See other editions of Time -- Europe, Asia and South Pacific).

Randi Weingarten, the president of the American Federation of Teachers, is pushing her apology-or-boycott of Time (they apologize or we boycott). This is an effective way to rally the masses, but I doubt that it will effect the editors of Time. Chances are that they are wetting themselves with joy over the additional publicity, which, of course, was their goal to begin with.

I did sign on to the apology-or-boycott, but Time Inc includes quite a few other magazines...People, Fortune, Sports Illustrated and Money, to name just a few. Do we boycott them all?

My hunch is that, hidden among the print and electronic media corporations of Time Inc are some vested interests in school privatization. At the very least though, Time Inc has shown itself to be a consistent source of public school teacher bashing. They've been promoters of the myth of failing schools, and dealers in "reform" -- starting as far back as 1980.


The June 16, 1980 issue had a cover which shouted, Help! Teacher Can't Teach. The article began by quoting Milton Friedman, the guru of privatization and vouchers. "Parents know their kids are getting a bad education" he said. Time's cover placed the blame on teachers. Even in 1980, Time Magazine was playing the "bad teachers" card.
Fast forward nearly 30 years to Feb 25, 2008 and not much has changed. The cover read, How to Make Better Teachers. Their answer? Performance pay...the idea that Diane Ravitch says, "never works and never dies." 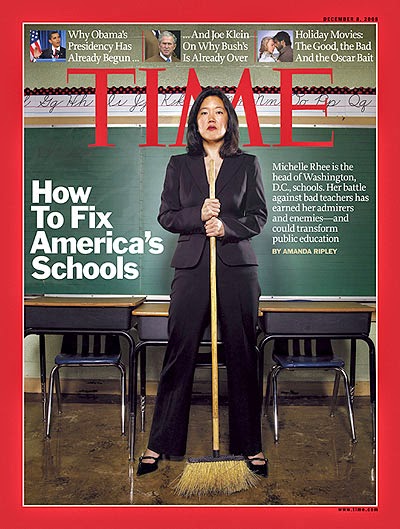 Less than a year later we were treated to the December 8, 2008 issue with Michelle Rhee on the cover and a gushing article inside. [Note to self: Find the issue where they wrote about how the D.C. schools are still low achieving despite Rhee and her cheating scandal cover up.]

We learned What Makes a School Great from the September 20, 2010 issue. Again, it's "good teachers." The lead article is a four page advertisement for Waiting for Superman.

Time Magazine is, quite simply, a voice for corporate reform...the November 4, 2014 issue is not an outlier. Teachers and supporters of public education should have been speaking out against this rag all along. Now is as good a time as any to start.

Enjoy the following "Davids" fighting the innuendo, misrepresentation, and outright lies from the "Goliath" -- Time Magazine...

And one final article about ALEC and public education...
ALEC and Battle Over Public vs. Private Education