It’s what scholars have bluntly called an apartheid system: wealthy districts spend more on wealthy students, and poor districts struggle to spend less on the poor students who need the most. According to state data from 2012–13, Philadelphia spent $13,077 per pupil, while Abington spent $15,148—on students in much less need of intensive services and support. Wealthy Lower Merion spent $22,962 per pupil.

Many districts have also encouraged the most challenging kids to enroll in online courses as home schoolers so they can stop coming to school...

At the end of her letter she blames teachers for not teaching all children.


If you are going to choose to be a public school teacher, you should teach all of the children assigned to your classroom. Step up to the plate, learn creative solutions, and help us get these kids through.

She doesn't think to blame the legislature for
Instead she, like so many others, blames the people who spend their days with children trying to deal with the serious problems they bring into the classroom while simultaneously being required by the state to do the impossible, with inadequate resources, for too many children.

Can schools improve? Certainly, but they need the tools to operate. Those tools and the trained professionals who use them, cost money. The Indiana General Assembly with direction and support from the governor have chosen to fund more and more charter schools and the nation's most expansive voucher program to the detriment of traditional public school funding.

Do we want good schools in Indiana and across the nation? Then we'll have to decide that education is a priority and redirect the money from corporate pockets back into the classroom.

Lily Eskelsen Garcia, NEA's new president, bluntly reminds us that politicians and policy makers are the ones who have neglected the nation's poverty issue, not educators.


If you see all the needs of public schools -- high class sizes, books, technology -- all of the things we need, and you have no intention of funding those, wouldn't it be nice to distract people by going, "Look over here, bad teacher, bad teacher, bad teacher, look over here!" Because if you can say "if we just had better teachers the roof wouldn't leak, if we just had better teachers those kids wouldn't come to school hungry," it gives you an excuse to not do anything for that community, or for what that school needs.

Testing Kindergartners and a Rise in Disabilities: Is There A Connection? by Nancy Bailey

In Indiana, not only do we call children failures if they aren't reading fluently by the end of third grade, but we refuse to let them move to the next grade. We punish 8 and 9 year olds because they...grew up in a literacy poor environment, are learning disabled, are living with the influences of poverty interfering with their learning, are uninterested in reading, have experienced trauma, or are the survivor of some other problem which prevents them from learning to read according to the state's timetable.


In Finland, the land school reformers love to praise but never emulate, they introduce children to formal reading when they are in 3rd grade. In 3rd grade our country calls children failures if they are not reading fluently.

The conversation is about prepping students to take a test instead of student learning...


Children across Indiana will take a new, and very different, ISTEP in less than six months but teachers have only recently gotten to look at sample questions to guide them in preparing their students.

Washington State: An Example of NCLB Absurdity by Diane Ravitch


NCLB is a pathetic hoax that was intended to label almost every school in the nation a failing school.

ON BEING A TEACHER

The Indiana State Board of Education, over the objections of Glenda Ritz and two other members, passed REPA III, the rules which define who can and cannot teach in the state. The new rules have a provision allowing anyone with a degree to teach in high school without any pedagogical training.


“This whole idea that someone can just walk in and start teaching is ridiculous,” said Rocky Killion, superintendent of West Lafayette Community School Corp. “It’s as ridiculous as me passing an exam and becoming a brain surgeon.”

In Indiana we lower standards for entrance into the teaching profession and we make it hard for good teachers to do what they have been trained to do by stripping them of due process, underfunding traditional public schools, inundating the classroom with testing, and incentivizing teaching to the test. The verbiage about wanting a great teacher in every classroom is just so much disingenuous bunk!


She leans on co-workers for support. I know this burnout is a common issue among very good teachers. This is what worries me. There are amazing teachers, young and old, veterans and rookies, who are starting to eye the exit door. These teachers feel overworked, underpaid, undervalued, deflated, and emotionally and physically exhausted. 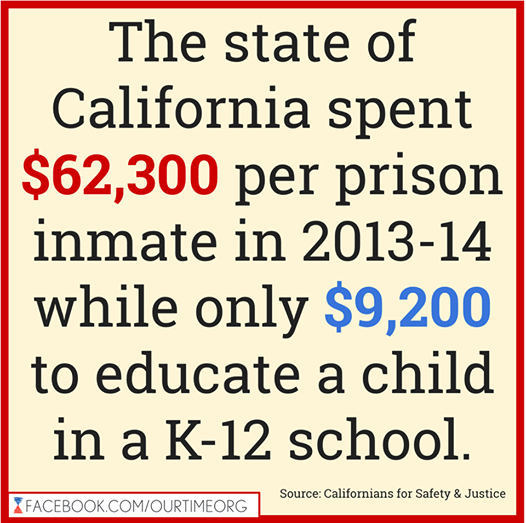 F For Effort: ‘School Choice’ Group Grades States Based On How Easy It Is To Get A Voucher by Simon Brown for Americans United for Separation of Church and State

The Center For Education Reform, funded by the pro-voucher Walton Family, gives Indiana's voucher program an -A- because it transfers a huge amount of public funding from public schools to private and parochial schools. There is one things wrong with it, though...the state requires that the private schools be accountable for their money...just like public schools.


The As went to Indiana, Ohio and Wisconsin. Indiana has the largest voucher program in the country, so that is no surprise. CER heaped praise on the Hoosier State, giddily stating that it “leads the country, with a universal voucher program open to all students across the state and no limit on the number of vouchers that can be awarded.”

However, CER’s remarks were not all positive for Indiana: “The state is the second-worst in the country on infringing on private school autonomy, mandating such things as course content and insisting on allowing government observation of classes,” the report says.

As far as CER is concerned, lawmakers apparently should hand over money to private schools without ever checking in to make sure they get a return on their investment and to ensure that students get a quality education. [emphasis added]