The Politics of Education in America: The Privatization Party, The Schools All Children Deserve, Legislative Bias in Favor of Privatization
THE POLITICS OF EDUCATION

There's only one political party in the US when it comes to public education...and that's the Democrapublican Privatization Party. It's controlled by billionaires, hedge fund managers, "free"-market fanatics, and religious exclusionists. They're not interested in the public good of "public education." They're not interested in what is best for the nation's children (only their own). They're not concerned with anything other than their own economic or idealogical interest.


In terms of policy, the biggest difference between the parties may be that Democrats still occasionally feel the need to hide their druthers behind language designed to keep teachers and other public school advocates from deserting them, whereas Republicans don't try to pretend that teachers, their work, and their union matter factor in GOP political calculations.

Somehow US public education in just one short decade has transformed from the baby that every politician was ready to kiss into the ugly kid that nobody wants to go to Prom with. In this environment, I'm honestly not sure who there is to speak up for public education in the political world, but I hope we can figure it out soon, because the hearings last week were one more reminder that there is no cavalry coming any time soon. 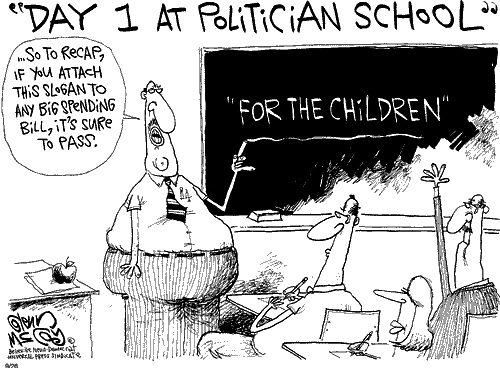 ...at least not yet. The lack of a strong public school system in the U.S. is becoming a self-fulfilling prophesy. Starve schools for money...push out career teachers...create mistrust of schools and teachers among the general public...and deny the influence of poverty.

The problem is our nation's failure to address the real issues facing our children and our future.


If policy makers were to listen to educators – and to students and parents – they would hear that the real crisis in public education is the loss of our collective commitment to the common good. If we continue to make the kinds of choices that steer resources away from our neediest students, the false narrative of failing public schools will become a sad reality.


For the last ten years now, a steady drumbeat of trash talk about teachers has made its way into the public comments about education. Experienced teachers are portrayed as lazy and incompetent, incapable of teaching students in any kind of adequate way.

...those who call themselves “education reformers” usually are not [true reformers]. Instead they are those who want only to raid public funds taken by force as taxes and then converted to the wealth of investors who do not care about your children, only their own.

Tully: Teachers shouldn’t have to beg


We ask a lot of our teachers. Too much. The least we can do is make sure they have what they know they need to teach and inspire the students who fill their classrooms every day.

Democrats need to learn this, too. For too long Democrats have assumed that teachers and their unions will give them unconditional support. It's up to us to make sure they know that's not true -- at least not for education issues.


“Maybe it’s not the parents, the teachers, or the unions. Maybe we’re not doing the right things.” 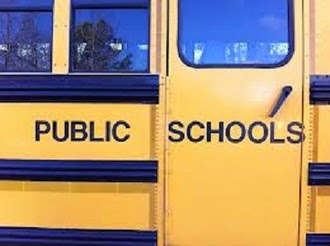 THE SCHOOLS OUR CHILDREN DESERVE

"One, Two, Three What Are We Fighting For" by Anonymous

Here's an excellent list of characteristics for schools all children deserve.

LEGISLATIVE MOVE TO PUNISH PUBLIC SCHOOLS FOR BEING PUBLIC

More benefits for parochial and private schools instead of public schools.

If the state test isn't important enough for every child who goes to school using public money needs to take it, then perhaps it's not a good test...or it's not needed...

This is just one more way to punish public schools for not supporting privatization.


If anyone doubts that Governor Pence and the leaders of the General Assembly and State Board are favoring private schools over public schools in Indiana’s intense competitive marketplace of school choice, [Senate Bill 470] should remove all doubts. The voucher program was sold in 2011 by promising that private schools would take ISTEP and would be measured like all public schools using the A-F system. Now just four years later the voucher schools want to change the rules but keep the money. 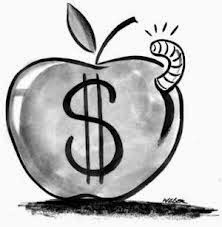