Where do the 2016 presidential candidates stand on education?

Here's a link to a chart explaining current candidates' education policies. The column on vouchers says it all. Every Republican listed in the chart (except for Donald Trump) either "Supports" or "Strongly Supports" vouchers. Each of the Democrats "Opposes" vouchers. Trump supports vouchers as well (see here and here), but apparently Parents Across America missed it.

Former Secretary of State, Hillary Clinton, is the only one who is specifically against using tests for teacher evaluations.


PAA does not endorse any candidate, but we are committed to educating parents and the general public about where the candidates and parties stand on education issues. The information in the following table was retrieved on Feb. 10. 2016 from www.ontheissues.org/education and www.ballotpedia.org. We have focused on the two remaining Democratic candidates and the top 6 Republican nominees based on [February 10] national polling. 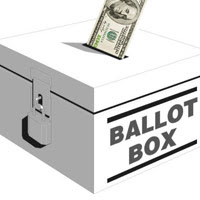 Louie Gohmert: We Got Sanders Because We Let 'Hippies From The '60s' Become Teachers

Louie Gohmert (R: TX) has got to be one of the stupidest members in the US House of Representatives. Why is Bernie Sanders doing so well? Simple, thinks Gohmert, because...Hippies!

According to Gohmert, "socialism has never worked"...except Bernie Sanders is a Democratic Socialist and that has worked is working in lots of places...just ask the folks in Denmark (happiest country in the world), France (best health care system in the world), Canada (wealthiest middle class in the world), Norway (world's highest standard of living) and elsewhere.


...we let some of the hippies from the ‘60s who created such chaos then start teaching the teachers,” Gohmert said, “and teaching them how great socialism is and just rewriting history and keeping them from realizing socialism has never worked, it will never work in this world, in this life, because if you’re going to pay everybody the same thing then they’re going to quit working.”

The Dirtiest Election in History: The campaign of 1826

You think today's election campaign is dirty? You think the fireworks at the Republican Debates are offensive? Historians agree that today's campaign is nothing like the Presidential campaign of 1826.

According to the John Quincy Adams campaign, Andrew Jackson married a bigamist which meant his wife was a whore.

According to the Andrew Jackson campaign, John Quincy Adams was a pimp for the Tzar of Russia.

And here's a quote from the video below that sounds familiar...


In this election, the truth hardly mattered...

Indiana Virtual Charter Schools: Not Worth the Public's Money

Virtual charter schools are stealing our money. They have terrible results yet continue to be well funded. Here's why they're still allowed to get taxpayer money...


Since 2006, the parent company for Hoosier Academies schools, K12 Inc., has donated over $81,000 to some influential people in state government: Mitch Daniels, Bob Behning, Dennis Kruse, Brian Bosma, Teresa Lubbers, the House Republican Campaign Committee, the Senate Majority Campaign Committee, Carlin Yoder, Tim Brown, Jeff Thompson, Ed Clere, Tony Bennett, and Mike Pence. Of that $81,000, a token $500 went to the Indiana Democratic Caucus and another $500 to Democrat Pat Bauer--but both of those contributions were back in 2006. After that, it must have been clear that K12, Inc., didn't need the Democrats.

Most Charter Schools are Public Schools in Name ONLY

The Myth Behind Public School Failure

This article is from 2014, but it's still appropriate. The public assumption, fueled by the media, is still that America's public schools are failing. Ed "reformers" grab that false narrative and run with it...vouchers and charters are the result.


To truly understand how we came to believe our educational system is broken, we need a history lesson. Rewind to 1980—when Milton Friedman, the high priest of laissez-faire economics, partnered with PBS to produce a ten-part television series called Free to Choose. He devoted one episode to the idea of school vouchers, a plan to allow families what amounted to publicly funded scholarships so their children could leave the public schools and attend private ones.

You could make a strong argument that the current campaign against public schools started with that single TV episode. To make the case for vouchers, free-market conservatives, corporate strategists, and opportunistic politicians looked for any way to build a myth that public schools were failing, that teachers (and of course their unions) were at fault, and that the cure was vouchers and privatization.

Jonathan Kozol, the author and tireless advocate for public schools, called vouchers the “single worst, most dangerous idea to have entered education discourse in my adult life.” 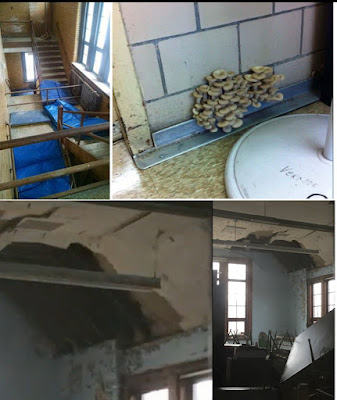 Reforminess IS The Status Quo

After 3 decades of public school bashing, starting with A Nation At Risk and culminating with the test and punish policies of No Child Left Behind and Race to the Top, the status quo in America's public schools is based on so-called "educational reform." Students in 2016 America live with public funding diverted to private corporate and religious schools, test based curriculum, test evaluated schools and teachers, high stakes tests for passing from third grade to fourth grade and for graduating, deprofessionalized teachers, and the constant drum beat of accountability, accountability, ACCOUNTABILITY.

Where is the accountability for the lawmakers? Why aren't they branded with the word "Failure?" John Kuhn, superintendent of Perrin-Whitt Consolidated Independent School District (Texas), wrote,

"I ask you, where is the label for the lawmaker whose policies fail to clean up the poorest neighborhoods? Why do we not demand that our leaders make “Adequate Yearly Progress”? We have data about poverty, health care, crime, and drug abuse in every legislative district. We know that those factors directly impact our ability to teach kids. Why have we not established annual targets for our legislators to meet? Why do they not join us beneath these vinyl banners that read “exemplary” in the suburbs and “unacceptable” in the slums?"

Jersey Jazzman reminds us that "reform" is the status quo...


If you follow the arguments of the "reform" movement, you'll know what I'm saying is not a parody -- these people really do believe this stuff. They really do think schools, by themselves, can overcome massive economic inequality, generations of racism, and a social system whose primary task is to replicate itself. They really do think that simply changing the governance structure of a school away from democratic local control to market-based private control will somehow unleash education excellence.

They really do think the quality of teachers is uniformly mediocre, but that it can be improved without spending any additional monies simply by changing incentive structures. They really do think fast turnaround prep programs are perfectly adequate for training people in the incredibly complex art and science of classroom teaching.

They really do think test-prep pedagogy is adequate for gaining the social and cultural capital necessary for social mobility. They really do think everyone should go to college, and that over-credentialing the millions of people who do necessary work will somehow ameliorate socio-economic inequity.

A Rose is a Rose and For Some, a Digital Content Manager is a Literacy Expert

Here we're reminded that "reformers" have no understanding of education. A person with a B.A. in Political Science (the same degree that Margaret Spellings had when she was considered by some to be qualified to be Secretary of Education) is a person who is considered a literacy expert (emphasis added).


After receiving the following announcement from Achieve the Core, I looked up the qualifications of their literacy expert (sic) offering the seminar. 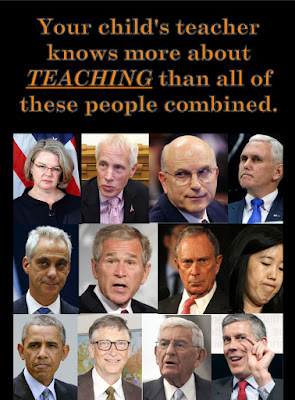