The Scores Are In: School Reformers Earn F's

An excellent young teacher I know spent a few years teaching in the urban district of a large midwestern city. After several consecutive years of prepping for the test, practicing the test, administering the test to get ready for the test, and watching his students fail the test, he left teaching and became a children's librarian. Now he can actually do something to help children.


...students at the bottom, clustered in low-income schools, the kind of young people that reformers swore they knew how to save, suffered most from being force fed years of test preparation...

...tens of billions of dollars had been devoted to massive school reform. Most of that money went to testing companies, company executives, or passed through lobbyist’s hands to self-serving politicians, or to school reform experts who gave high-priced speeches, and to pay bureaucrats to gather, tally and study all the data.

A new test won't change a thing. The idea that "experts from the field of education" (aka actual educators) ought to be the ones to choose the test is admirable. However, the uneducated legislators and policy makers have obligated those experts to choose a test which will be misused. It doesn't matter what test they choose. It's invalid to use a student achievement test to grade schools, evaluate teachers, and rank students.

If the committee chooses an "off the shelf" test it still won't matter. Achievement tests don't claim to be valid for evaluating teachers and schools. Here are some examples of test descriptions...
Test developers understand that tests are only valid when used to measure what the test was developed to measure. We don't use blood tests to check for broken bones. We don't use teaspoons to measure temperature. We shouldn't use student achievement tests to evaluate teachers and schools.


The ISTEP+ Review Panel will hammer out details of the replacement — what a new test will look like, its length and how state officials can use it to rate schools and teachers.

“Rather than trying to pick a rabbit out of a hat during the legislative session with policymakers, who generally are not testing experts, we thought best to assemble a panel of experts from the education field,” said Bosma.

There has to be a better way...

The fact that students did better when the test was on paper rather than on computers only shows that the test has weak validity. What are we really measuring – student achievement or test-taking/computer skills?


...student performance across the state demonstrated that students did better when taking the exam on paper as opposed to computer. Given the high stakes nature of the results of these exams for districts one can’t fault systems for trying to give themselves a competitive advantage by gaming the system. However, what do such strategies have to do with an accurate measurement of student achievement? 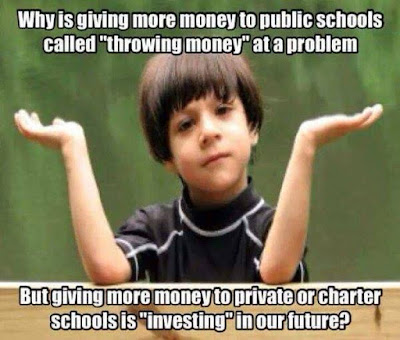 The quest for a piece of the public education fund pie has distorted the teaching/learning process.


...perhaps it’s time someone pointed out that test-based accountability, which has meant more drill and test prep and cuts in art, music, drama and all sorts of other courses that aren’t deemed ‘basic,’ has failed miserably–and there are victims.

There are winners: The testing companies (particularly Pearson), the academics who’ve gotten big grants from major foundations, profiteers in the charter school industry, and ideologues and politicians who want to undermine public education. 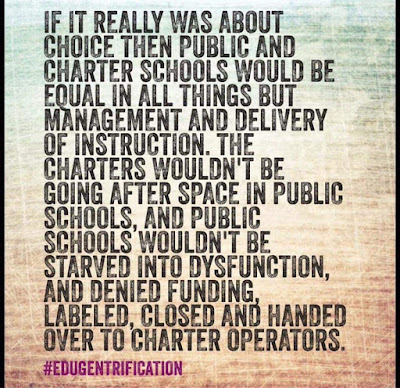 If things were fair, politicians, pundits, and policy makers salaries would be adjusted by the same percent as teacher salaries... 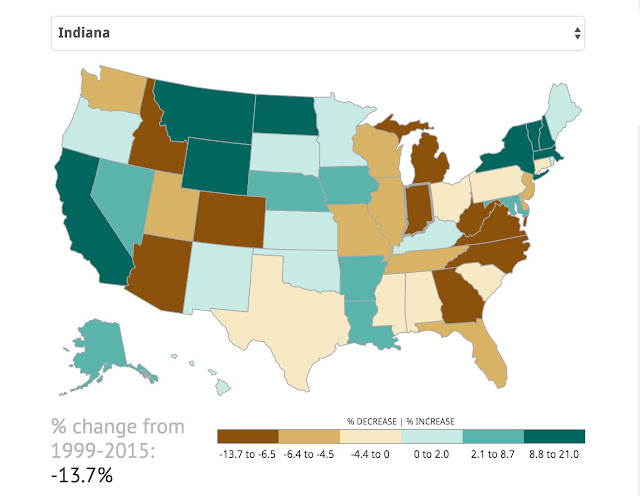 Check out the above article, but the quote comes from a commenter.


One 40 minute observation (out of a 180 day school year) is the equivalent of a movie reviewer watching a random 45 second clip of a two hour movie - and then trying to accurately judge the film.