This ed-reform trend is supposed to motivate students. Instead, it shames them.

I should begin the introduction to this article by saying that I have never seen the data walls described. I retired in 2010 and the school I worked at, and the schools I have volunteered in since then, do not list student names and test scores in public. I would agree with the author of this piece that listing students' names and test scores publicly violates the privacy of the students.

Apparently, however, this disgusting practice of humiliation and shaming is "a thing" and does happen. Those who use this practice should not be allowed in a classroom or public school.

Similarly, politicians and policy makers frequently shame public schools with letter grades and labels. "Failure" is slapped on public schools filled with students who live in poverty while there is no label "for the lawmaker whose policies fail to clean up the poorest neighborhoods." Teachers who work with the neediest students are labeled "bad teachers" while those who divert funds from public schools to corporate tax breaks, vouchers, and charter operators, receive no such condemnation.

Those who use this practice should not be allowed to make laws governing public education. We can fire them in November.

By Launa Hall, a third grade teacher in northern Virginia.


When policymakers mandate tests and buy endlessly looping practice exams to go with them, their image of education is from 30,000 feet. They see populations and sweeping strategies. From up there, it seems reasonable enough to write a list of 32 discrete standards and mandate that every 8-year-old in the state meet them. How else will we know for sure that teaching and learning are happening down there?

But if we zoom in, we see that education actually happens every weekday, amid pencils and notebooks, between an adult and a small group of youngsters she personally knows and is deeply motivated to teach. Public education has always been — and needs to be still — a patchwork of ordinary human relationships. Data walls, and the high-stakes tests that engender them, aren’t merely ineffective, they break the system at its most fundamental level. They break the connection between a teacher who cares and a kid who really needs her to care. 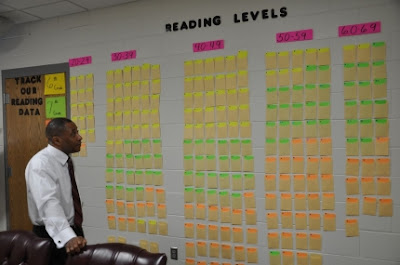 Op Ed: There’s No Such Thing as a “Public Charter School”


If public schools have not always lived up to their promise then it is necessary to redouble our efforts to have them do so, not to abandon them.

An extra in this article is found in the comments.

The comments are filled with the usual ignorance claiming that American schools are failing, teachers unions are the problem, and a variety of comments reflecting sour grapes. Among the trolls, however, there are some good, thoughtful comments (on both sides), including one by Robert D. Skeels, who blogs at Schools Matter. He wrote an informative comment presenting "the legal arguments on how privately managed charter schools are not at all 'public.'"

THE FAILURE OF "REFORM"

“Eat Your Dinner…Or Else”


The data are staring them in the face: low attendance rates among students and teachers; higher percentages of students “opting out” of state-mandated standardized tests; more teachers leaving the profession; and more parents saying they’d like the option of sending their children to charter schools.

Instead, educators from Secretary John King on down seem to be doubling down, searching for ways to penalize students who choose not to take standardized tests, their schools, and their school districts.

The ‘meal’ that School Reformers have been serving up for the past nearly 12 years of the Bush and Obama Administrations is neither delicious nor nutritious.

I call it "Learn or be punished." It's the mistaken plan by state after state to make eight and nine year olds who have difficulty meeting arbitrary reading standards repeat the third grade...as if repeating a grade helps students learn. HINT: It doesn't.

And in Oklahoma it's called the Reading Sufficiency Act.
Claudia Swisher is a retired teacher who lives in Norman, Oklahoma. Her article, Unfinished Business, from which this excerpt is taken, appeared in the August 2016 print edition of the The Oklahoma Observer. Claudia blogs at Fourth Generation Teacher.


This is my pet project. I’m a reading specialist. I know how students learn as youngsters, and how they learn as adolescents. Reading Sufficiency Act, or “Test and Flunk Third Graders” is a monumentally bad idea.

It seems to have been born in Jeb Bush’s Foundation for Education Excellence. His state school superintendents, Chiefs for Change, unquestioningly accepted his theories and hunches. Our former superintendent was a Chief for Change, and enthusiastically promoted test-and-flunk.

I have been active with this issue for years. I have two granddaughters who are living through this policy. I exchanged emails with the original author, Rep. Sally Kern; and I advocated for Rep. Katie Henke’s bill that allowed teachers and parents some say-so in the promotion or retention decision. The test being used was awed, not a reading test at all, and scores do not give a reading level.

There is no research to support retaining nine-year- olds because they don’t reach an arbitrary score one day in April. Fans of RSA say all kids must read by third grade.

IF they ever walked into a third grade class, they would see every child DOES read ... at his or her level. They’ve only been reading for, perhaps, four years. There are vast differences in their abilities. But they all read.

RSA must be changed: no high stakes, tests that measure reading levels, funding for remediation, support for students and families and classrooms. I am all in.

Parents in Florida have joined together to fight the law requiring the third grade test. Peter Greene reports.


Because that's where we are now, folks-- parent groups have to take up a collection to go to court so that third graders who passed all their classes can be promoted to fourth grade. 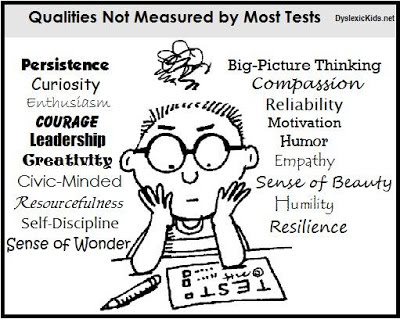 Do Away with Grades for Reading

Russ Walsh has a great idea. Instead of punishing children for not learning to read why don't we remove reading from the report card altogether. Instead, he suggests a better way of reporting on a student's progress in reading.


That better way would report to the parent on what the child knows and is able to do in reading. Simple brief answers to a few questions on a report card would do it.
Notice the item on "choosing to read." I think that it is important to communicate to parents that successful readers have both the skill and the will to read.

So, it turns out that strong teachers unions actually encourage better teachers!

Teacher evaluations in Indiana are required by law to reflect student test scores, yet we know that out of school factors have a much larger impact on student achievement than teachers. Nevertheless, legislators can't understand why the percentage of teachers who get poor evaluations doesn't equal the number of students who get low test scores.

This means that the teachers who are left are either skilled in the classroom, or are strong enough to improve when they struggle.

Unfortunately, legislators don't understand, or don't care, that evaluating teachers, just like evaluating student achievement, cannot be limited to a number on a standardized exam. Numbers make judgments about people so much easier – even when their inadequate or inappropriate.


For the third year in a row, barely any Indiana teachers, principals and superintendents were rated “ineffective” under the state’s fledgling evaluation system.

I was struck by the disrespectful tone of the title of the article above..."Indiana flunked hardly any teachers last year." I did some exploring on the Chalkbeat website and found that, among their supporters (funders) are the "reformers" listed below. Most of the time the articles are fairly unbiased, but I've noticed a "reformist" bent now and then, such as in the above title.