In a recent blog post, I noted that Governor Snyder of Michigan has declared the Flint Water Crisis over. The state has stopped distributing bottled water.

Unfortunately, the state's record of truth-telling on the condition of Flint's water is suspect and the residents aren't sure they're safe from poisoning.

The Flint Water Crisis Isn’t Over


But many of the city’s residents don’t much believe the water’s safe. Who can blame them? Because of decisions made by state-appointed emergency managers and the Michigan Department of Environmental Quality, they were forced to use water laced with dangerously high levels of lead, a potent neurotoxin, and contaminated by bacteria that cause Legionnaires’ disease, which claimed at least 12 lives during the 18 months the city used the Flint River as its municipal water source. Despite the concerns voiced by residents and mounting scientific evidence that a massive problem existed, those same officials repeatedly offered assurances that the water was safe and attacked the credibility of those attempting to reveal the truth.

Gov. Snyder’s termination of the free bottled water program has met intense resistance. Flint mayor Karen Weaver has threatened legal action. Dr. Mona Hanna-Attisha, the Flint pediatrician who proved blood lead levels in children dramatically increased after the switch to the river, tweeted that bottled water should continue to be provided until all the city’s lead service lines are replaced. Residents agree, with many expressing concerns that unfiltered tap water can still pose a significant risk.

They are right. Lead testing done by the Michigan Department of Environmental Quality in February found 28 water samples in elementary schools that registered above the federal lead limit of 15 parts per billion.

Flint, a city of around a hundred thousand where nearly two-thirds of the citizens are people of color, has a child poverty rate of more than sixty percent. This alone would account for low school achievement given the correlation between poverty and achievement. We know that the stresses of poverty have an impact on brain development. When the effect of lead poisoning is factored in, the conditions for learning become even more at-risk.


“Even the very lowest levels of exposure, we know that lead erodes a child’s IQ, shortens attention span and disrupts their behavior,” Dr. Philip Landrigan, a pediatrician and the dean for global health at the Icahn School of Medicine at Mount Sinai, told The New Republic. “We know when we do follow-up studies that children exposed when they were kids are more likely to be dyslexic, have behavioral problems and get in trouble with the law. There’s no question about that.”

There's no scientific proof, as yet, that the lead-in-the-water-crisis has lead to lower achievement, but it certainly hasn't helped, and the future of the children whose development has been compromised by both poverty and lead-poisoning is in jeopardy.


We have no idea what the future holds for the children impacted by the toxic levels of lead in the water, but don’t limit expectations for these students. I go to work every day and I know that Flint kids are smart and creative and talented, but they may have special needs related to their long-term exposure to toxic levels of lead. We want to lift them up, listen to their frustrations or anxieties and implement restorative justice practices to provide them with the support they need. Educators can check out lesson plans on how we talk about this crisis and how we help our students have this conversation at any grade level.

Educators have developed a web site, Flint Cares, which "provides information on what to look for and links to help students experiencing the emotional and physical effects of lead poisoning," but will that be enough?
In other words, will schools and children be punished for the damage done to them by state neglect and mismanagement?

I've discussed the relationship of lead exposure to school achievement, but there's also a correlation of lead poisoning to crime.

Will the State of Michigan take responsibility for an increase in crime as lead-exposed children grow up?

An Updated Lead-Crime Roundup for 2018


The lead-crime hypothesis is pretty simple: lead poisoning degrades the development of childhood brains in ways that increase aggression, reduce impulse control, and impair the executive functions that allow people to understand the consequences of their actions. Because of this, infants who are exposed to high levels of lead are more likely to commit violent crimes later in life. There are three types of research that confirm the connection between lead and crime...

Lead Exposure and Violent Crime in the Early Twentieth Century


In the second half of the nineteenth century, many American cities built water systems using lead or iron service pipes. Municipal water systems generated significant public health improvements, but these improvements may have been partially offset by the damaging effects of lead exposure through lead water pipes. We study the effect of cities’ use of lead pipes on homicide between 1921 and 1936. Lead water pipes exposed entire city populations to much higher doses of lead than have previously been studied in relation to crime. Our estimates suggest that cities’ use of lead service pipes con- siderably increased city-level homicide rates.

WHAT'S IN YOUR WATER?

Lead exposure in the U.S. is widespread.


Toxic lead has been seeping into Chicago’s drinking water, and the city is dragging its feet to fix the problem, according to an analysis published Thursday by the Chicago Tribune.

Lead was found in 70 percent of the 2,797 homes the Tribune sampled across the city since January of 2016. And three in 10 of those had lead concentrations higher than 5 parts per billion (ppb), the Food and Drug Administration’s upper limit for lead in bottled water.

Unsafe Lead Levels in Tap Water Not Limited to Flint


Unsafe levels of lead have turned up in tap water in city after city — in Durham and Greenville, N.C., in 2006; in Columbia, S.C., in 2005; and last July in Jackson, Miss., where officials waited six months to disclose the contamination — as well as in scores of other places in recent years.

The State of Michigan has yet to take full responsibility for the water crisis in Flint. Chicago is slow to respond to the lead in its water. Do you think that the EPA, under Scott Pruitt will take any action? Do you think Betsy DeVos is going to help?

We've known about the damage caused by lead exposure for a long time, yet we're still slow to clean up lead in our environment. Lead poisoning and its related human damage is preventable...but only if we choose to prevent it. 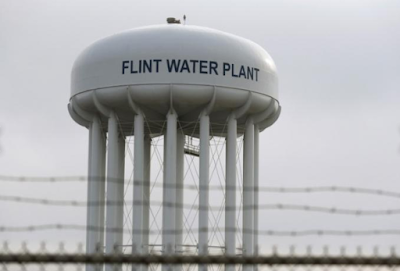